Team USA takes on Russia in the quarterfinals and all of your live game coverage is on this page. The puck drops at 6 a.m. ET.

The U.S. faces Russia at Malmo Isstadion (capacity: 5,140) in the quarterfinals of the 2014 IIHF World Junior Championship. Today’s winner faces the winner of Sweden/Slovakia in the semifinals on Saturday (Jan. 4).

TEAM USA IN THE PLAYOFFS

THE SERIES VS. RUSSIA 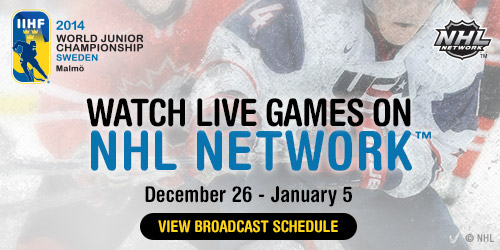