LUCERNE, Switzerland -  The U.S. Men's National Under-18 Team outshot Russia, 50-16, but ultimately dropped a 3-1 decision to its opponent here tonight at Arena Lucerne. The game was the first for Team USA at the 2015 International Ice Hockey Federation Under-18 Men's World Championship.

The U.S. struck first at 7:15 of the opening period. Troy Terry (Highlands Ranch, Colo.) carried the puck up ice and skated toward the middle of the offensive zone, splitting two Russian defenders. Creating separation and a shooting lane, Terry sniped a shot that clanked in. Team USA outshot Russia, 19-3, in the stanza.

Two special-teams goals by Russia in the second frame put the U.S. down, 2-1, after 40 minutes of play. Skating on the power play, Team USA had a flurry of chances on Team Russia goaltender Ilya Samsonov but couldn't convert. A loose puck bounced out and led to a 2-on-1 opportunity for the Russians who buried the puck for the shorthanded score. Later, Russia staked the lead on a tape-to-tape passing play that pulled netminder Luke Opilka (St. Louis, Mo.) to the left, leaving the right side open for a backdoor goal.

Samsonov stopped another 15 U.S. shots in the third period and the Russians added an empty-net goal to help clip Team USA, 3-1.

The U.S. Men's National Under-18 Team continues preliminary-round play tomorrow (April 17) against Slovakia in Lucerne. Faceoff is scheduled for 8:45 a.m. ET and the game can be seen live and free-of-charge on FASTHockey.com.

Team USA outshot Russia, 50-16 ... The United States went 0-6 on the power play while Russia went 1-3 ... Troy Terry was named Team USA's best player ... Luke Kunin is serving as captain for Team USA, while Auston Matthews and Colin White are alternate captains ... The U.S. Men's National Under-18 Team is led by Don Granato, serving as head coach at his second IIHF Men's Under-18 World Championship. Granato is currently in his fourth season as one of two head coaches at USA Hockey's National Team Development Program in Ann Arbor, Michigan ... Twenty-two players on the U.S. roster come from USA Hockey's NTDP. Goaltender Evan Sarthou skated for the Western Hockey League's Tri-City Americans this winter ... Team USA's roster includes 20 players born in 1997 and three from the 1998 birth year. Defenseman Steven Ruggiero, born Jan. 1, 1997, is the oldest player on Team USA, while goaltender Jake Oettinger, born Dec. 18, 1998, is the youngest ... Thirteen different states are represented on the roster. New York leads the way with five skaters, while Illinois and Missouri boast three each ... The U.S. enters the tournament having captured a record 11-consecutive medals, including gold medals in five of the last six years (2009, 2010, 2011, 2012, 2014) ... Team USA has won eight gold medals all-time, the most of any country in IIHF Under-18 Men's World Championship history. The event began in 1999. Team USA earned its first gold medal in 2002 ... The U.S. will play in Group A alongside Germany, Russia, Slovakia and Sweden ... All Team USA games, including the medal round, will be streamed live on USAHockey.FASTHockey.com free of charge ... Follow @USAHockeyScores on Twitter for live scoring updates during the tournament. Scores will be designated with the #U18Worlds tag ... For additional coverage, visit the NTDP Facebook page and follow @USANTDP on Twitter ... The U.S. National Under-18 Team trains with The Hockey IntelliGym, a software program that trains hockey sense. Visit USAHockeyIntelliGym.com for more information. 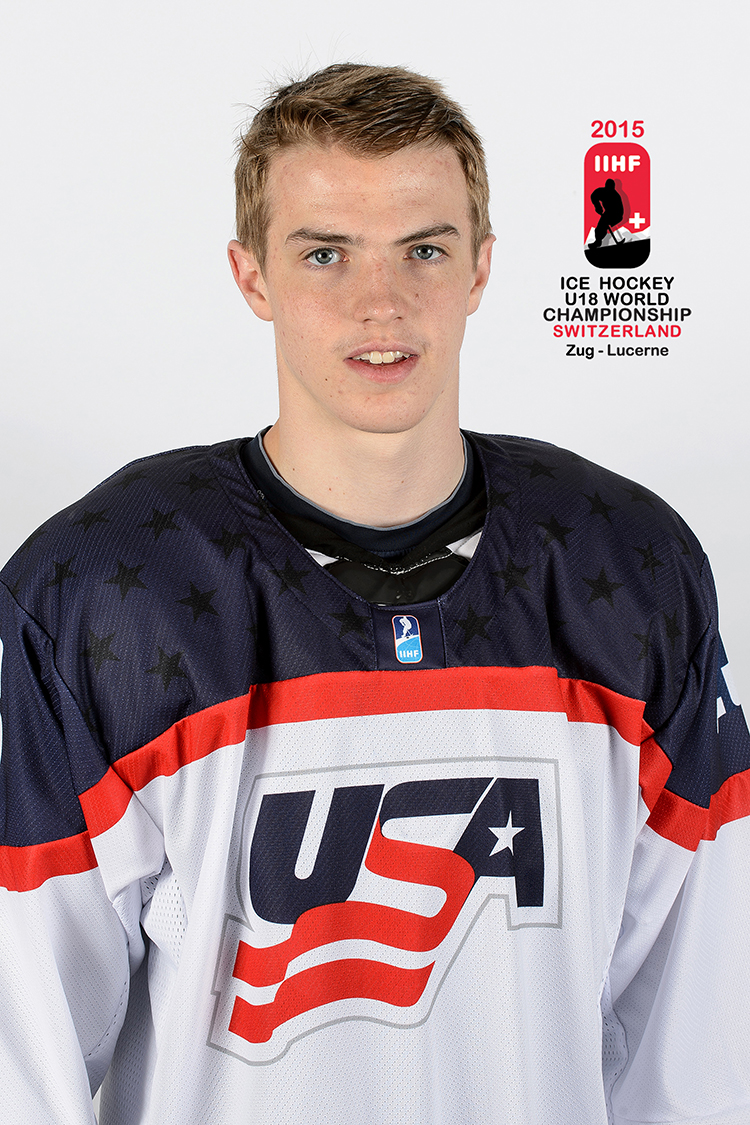