Sweden opened the scoring 4:48 into the first frame. Thirty-four seconds later, Keller snapped a shot that beat Swedish netminder Felix Sandstrom. White earned the lone assist. The U.S. carried play for most of the period, putting 18 shots on goal, but the score remained deadlocked, 1-1, heading into the intermission.

The second stanza saw each team score twice with both teams notching one power-play goal. Christian Fischer (Wayne, Ill.) gave the U.S. its first lead at 13:03 when he lit the lamp with a well-placed shot from the high slot. Keller and Charles McAvoy (Long Beach, N.Y.) collected helpers on the power-play marker. Sweden responded with its own tally scored while enjoying the man advantage. The back-and-forth action continued as White found the back of the net with a low shot that beat Sandstorm from the top of the right circle. Jeremy Bracco (Freeport, N.Y.) and Jordan Greenway (Potsdam, N.Y.) assisted. With 39 seconds remaining in the second, Sweden tied the contest once more at four goals apiece.

Keller put Team USA up, 4-3, early in the third with a forehand-backhand move before flipping the puck into the top corner. White and Bracco earned helpers on the goal. After Sweden scored to knot the game back up midway through the stanza, Auston Matthews (Scottsdale, Ariz.) potted the eventual game-winner when he batted a loose puck home. Casey Fitzgerald (North Reading, Mass.) had the lone assist. Then, with just one second remaining, Chad Krys (Ridgefield, Conn.) iced the victory with an empty-netter. Fischer and Keller registered assists on the goal.

Luke Opilka (St. Louis, Mo.) started in goal for Team USA and turned aside 14 shots in the win.

The U.S. National Under-18 Team concludes preliminary-round play against Germany on Tuesday (April 21). The contest, held at Arena Lucerne, will begin at 8:45 a.m. ET and can be seen live on FASTHockey.com.

Team USA outshot Sweden 53-18 ... The U.S. went 1-5 on the power play while Sweden went 1-4 ... Clayton Keller was named Team USA's best player ... Luke Kunin is serving as captain for Team USA, while Auston Matthews and Colin White are alternate captains ... The U.S. Men's National Under-18 Team is led by Don Granato, serving as head coach at his second IIHF Men's Under-18 World Championship. Granato is currently in his fourth season as one of two head coaches at USA Hockey's National Team Development Program in Ann Arbor, Michigan ... Twenty-two players on the U.S. roster come from USA Hockey's NTDP. Goaltender Evan Sarthou skated for the Western Hockey League's Tri-City Americans this winter ... Team USA's roster includes 20 players born in 1997 and three from the 1998 birth year. Defenseman Steven Ruggiero, born Jan. 1, 1997, is the oldest player on Team USA, while goaltender Jake Oettinger, born Dec. 18, 1998, is the youngest ... Thirteen different states are represented on the roster. New York leads the way with five skaters, while Illinois and Missouri boast three each ... The U.S. enters the tournament having captured a record 11-consecutive medals, including gold medals in five of the last six years (2009, 2010, 2011, 2012, 2014) ... Team USA has won eight gold medals all-time, the most of any country in IIHF Under-18 Men's World Championship history. The event began in 1999. Team USA earned its first gold medal in 2002 ... The U.S. will play in Group A alongside Germany, Russia, Slovakia and Sweden ... All Team USA games, including the medal round, will be streamed live on USAHockey.FASTHockey.com free of charge ... Follow @USAHockeyScores on Twitter for live scoring updates during the tournament. Scores will be designated with the #U18Worlds tag ... For additional coverage, visit the NTDP Facebook page and follow @USANTDP on Twitter ... The U.S. National Under-18 Team trains with The Hockey IntelliGym, a software program that trains hockey sense. Visit USAHockeyIntelliGym.com for more information. 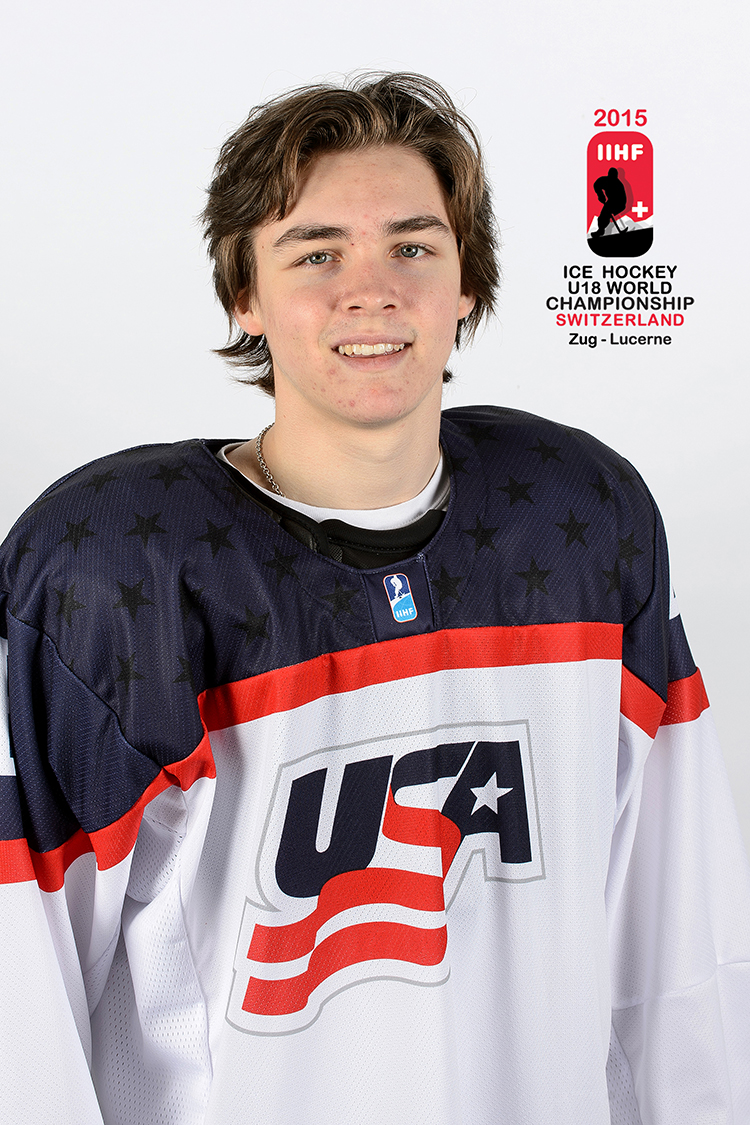