16 Players Earn at Least One Point as U.S. Earns Second in Group A

Jack Roslovic (Columbus, Ohio) opened scoring for the United States when Auston Matthews (Scottsdale, Ariz.) hit his stick with a feed from the left circle. Roslovic received the puck and snapped a shot past Mirko Pantkowski for the score. Caleb Jones (Frisco, Texas) also assisted. Team USA doubled its lead, 2-0, when Nicholas Boka (Plymouth, Mich.) threw the puck toward the slot. Luke Kunin (Chesterfield, Mo.) got his stick on Boka's feed and redirected the puck up and over Pantkowski. A power-play marker scored 21 seconds into the  man advantage pushed the U.S. lead to three. Matthews and Matthew Tkachuk (St. Louis, Mo.) teamed together to set up Roslovic for his second goal of the contest. The line of Tkachuk, Matthews and Roslovic clicked once more less than a minute later, with Tkachuk potting the goal.

Germany notched a power-play marker at 2:56 of the second stanza, but the United States reeled off five unanswered goals, including two power-play strikes and one shorthanded, to take a 9-1 lead with them into the locker room. Colin White (Hanover, Mass.) put the puck in from out front at 6:39 with helpers going to Christian Fischer (Wayne, Ill.) and Jeremy Bracco (Freeport, N.Y.). The goal came while skating with the man advantage. Kunin clanged home Team USA’s sixth goal just past the midway point of the second. Thirty seconds later and on the power play, Troy Terry (Highlands Ranch, Colo.) stickhandled past a German defender and slid the puck through the goalie’s leg pads to extend the lead, now 7-1. With Germany’s netminder out of position, Boka wristed a shot into the open cage at 14:45. Kunin closed scoring on the middle frame at 18:13 while the United States skated shorthanded.

Four tallies in the final frame distanced the U.S. from Germany, 13-1. Bracco beat the newly inserted backup goalie, Adam Berger, at 4:51 and Matthews followed with a tally at 7:58. Goals scored 45 seconds apart by Brendan Warren (Carleton, Mich.) and Roslovic capped the afternoon for Team USA.

Evan Sarthou (Black Diamond, Wash.) got the nod in net for Team USA and turned aside 14 shots in the win.

With the victory, Team USA clinches the No. 2 seed in Group A and will play the third seed from Group B in the quarterfinal round Thursday (April 23). The game will be available via streaming video through FASTHockey.com.

Team USA outshot Germany, 49-15 ... The U.S. went 3-5 on the power play while Germany went 1-3 ... Luke Kunin was named Team USA's best player and is serving as captain for Team USA, while Auston Matthews and Colin White are alternate captains ... The U.S. Men's National Under-18 Team is led by Don Granato, serving as head coach at his second IIHF Men's Under-18 World Championship. Granato is currently in his fourth season as one of two head coaches at USA Hockey's National Team Development Program in Ann Arbor, Michigan ... Twenty-two players on the U.S. roster come from USA Hockey's NTDP. Goaltender Evan Sarthou skated for the Western Hockey League's Tri-City Americans this winter ... Team USA's roster includes 20 players born in 1997 and three from the 1998 birth year. Defenseman Steven Ruggiero, born Jan. 1, 1997, is the oldest player on Team USA, while goaltender Jake Oettinger, born Dec. 18, 1998, is the youngest ... Thirteen different states are represented on the roster. New York leads the way with five skaters, while Illinois and Missouri boast three each ... The U.S. enters the tournament having captured a record 11-consecutive medals, including gold medals in five of the last six years (2009, 2010, 2011, 2012, 2014) ... Team USA has won eight gold medals all-time, the most of any country in IIHF Under-18 Men's World Championship history. The event began in 1999. Team USA earned its first gold medal in 2002 ... The U.S. will play in Group A alongside Germany, Russia, Slovakia and Sweden ... All Team USA games, including the medal round, will be streamed live on USAHockey.FASTHockey.com free of charge ... Follow @USAHockeyScores on Twitter for live scoring updates during the tournament. Scores will be designated with the #U18Worlds tag ... For additional coverage, visit the NTDP Facebook page and follow @USANTDP on Twitter ... The U.S. National Under-18 Team trains with The Hockey IntelliGym, a software program that trains hockey sense. Visit USAHockeyIntelliGym.com for more information. 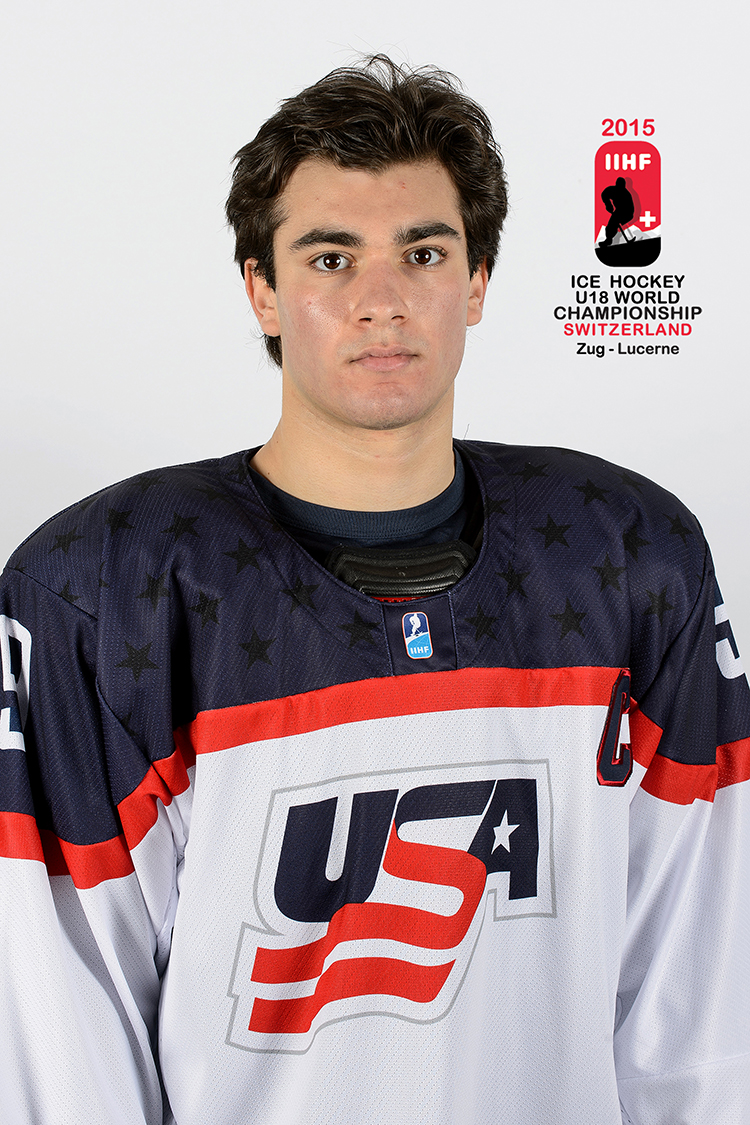