Team USA outshot Canada, 15-4, in the first frame but was held off the board until 2:25 of the second when Clayton Keller (Swansea, Ill.) lit the lamp for the U.S. Making a cut towards the net, Keller used the defenseman in front of him as a screen, went to his backhand and beat Zach Sawchenko. Jeremy Bracco (Freeport, N.Y.) and Chad Krys (Ridgefield, Conn.) earned assists on the play. Canada knotted the game, 1-1, on a power-play tally before Auston Matthews (Scottsdale, Ariz.) restaked the lead for the United States. After his initial shot was blocked, Matthews followed up his own rebound for the score. Michael Floodstrand (Hinsdale, Ill.) collected a helper on the go-ahead goal.

Team USA was tasked with killing off a 5-on-3 chance for the Canadians at the end of the second stanza into the third. After successfully holding Canada off and skating at even strength, Matthew Tkachuk (St. Louis, Mo.) hit Matthews for a one-timer from the right side of the cage. Jack Roslovic (Columbus, Ohio) registered the secondary assist. White found the back of the net on the short side to push the U.S. lead to 4-1. Caleb Jones (Frisco, Texas) forced a turnover and streaked into the zone leaving the puck for White. Canada swapped netminders and scored shortly after to slice the lead in half, but a miscue behind the net led to Team USA's fifth goal. Christian Fischer (Wayne, Ill.) intercepted an attempt by Canada's Evan Cormier to clear the puck from behind the net and found Jordan Greenway (Potsdam, N.Y.), who deposited the puck into the open net. White wrapped up the scoring for the U.S. with back-to-back markers less than two minutes apart.

Evan Sarthou (Black Diamond, Wash.) made the start in net for the United States, kicking out 16 shots in the win.

The U.S. Men's National Under-18 Team will play for a gold medal in the title game of the 2015 IIHF Men's Under-18 World Championship on Sunday (April 26). Puck drop is scheduled for 1 p.m. ET at Bossard Arena in Zug, Switzerland. The game will be streamed live on FASTHockey.com.

Team USA outshot Canada, 38-18 ... The U.S. went 0-6 on the power play while Canada went 1-5 ... Colin White was named Team USA's best player  ... Luke Kunin is serving as captain for Team USA, while Auston Matthews and Colin White are alternate captains ... The U.S. Men's National Under-18 Team is led by Don Granato, serving as head coach at his second IIHF Men's Under-18 World Championship. Granato is currently in his fourth season as one of two head coaches at USA Hockey's National Team Development Program in Ann Arbor, Michigan ... Twenty-two players on the U.S. roster come from USA Hockey's NTDP. Goaltender Evan Sarthou skated for the Western Hockey League's Tri-City Americans this winter ... Team USA's roster includes 20 players born in 1997 and three from the 1998 birth year. Defenseman Steven Ruggiero, born Jan. 1, 1997, is the oldest player on Team USA, while goaltender Jake Oettinger, born Dec. 18, 1998, is the youngest ... Thirteen different states are represented on the roster. New York leads the way with five skaters, while Illinois and Missouri boast three each ... The U.S. enters the tournament having captured a record 11-consecutive medals, including gold medals in five of the last six years (2009, 2010, 2011, 2012, 2014) ... Team USA has won eight gold medals all-time, the most of any country in IIHF Under-18 Men's World Championship history. The event began in 1999. Team USA earned its first gold medal in 2002 ... All Team USA games, including the medal round, will be streamed live on USAHockey.FASTHockey.com free of charge ... Follow @USAHockeyScores on Twitter for live scoring updates during the tournament. Scores will be designated with the #U18Worlds tag ... For additional coverage, visit the NTDP Facebook page and follow @USANTDP on Twitter ... The U.S. National Under-18 Team trains with The Hockey IntelliGym, a software program that trains hockey sense. Visit USAHockeyIntelliGym.com for more information. 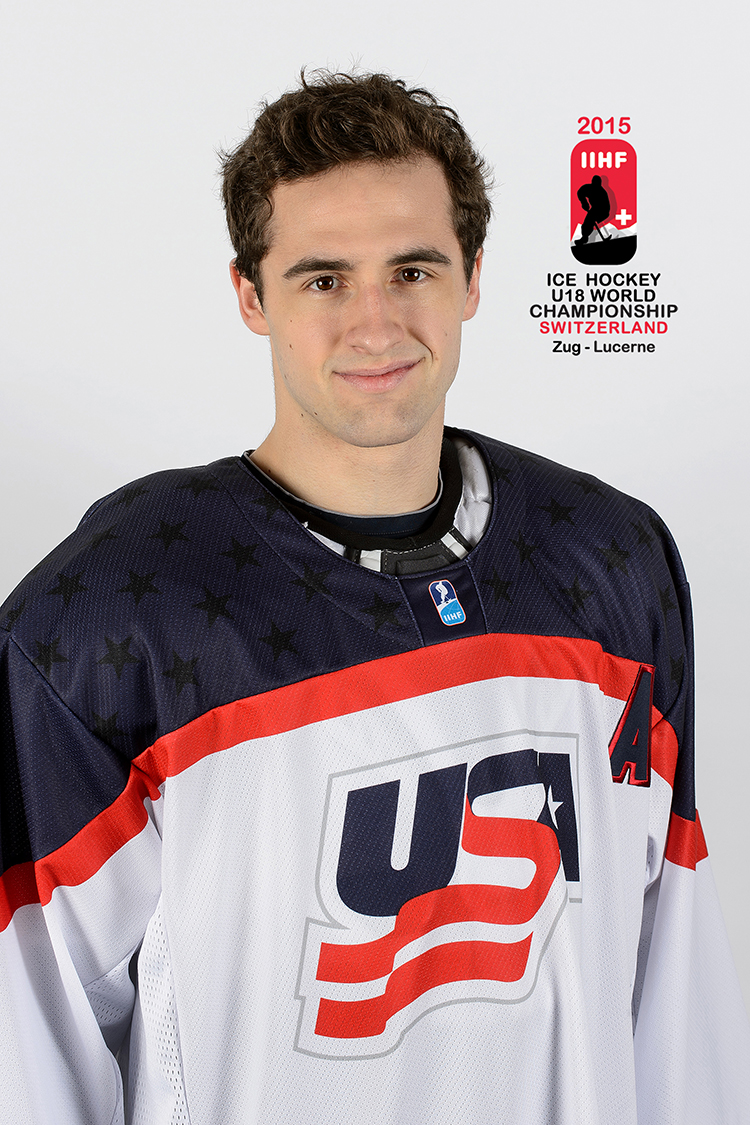