The victory marks the ninth all-time gold medal for the United States at the IIHF Under-18 Men's World Championship and sixth in the last seven years.

White's game-winner came 12:44 into the extra session on a one-timer from the right of the Finnish net. The play started when Charles McAvoy (Long Beach, N.Y.) fed Jeremy Bracco (Freeport, N.Y.) just inside the offensive blue line. Bracco pulled up, moved to the middle and eventually threaded a pass through traffic to White on the backdoor for a game-winning tally.

Finland scored off the rush just 17 seconds into the opening period and despite 19 shots by Team USA, the goal remained the only of the frame.

The first-period tally would stand as the lone goal until 11:19 of the third period when Jack Roslovic (Columbus, Ohio) slammed the puck past Veini Vehvilainen from the right of the net. The play started when Auston Matthews (Scottsdale, Ariz.) chipped a puck to the end wall for Matthew Tkachuk (St. Louis, Mo.). As a Finland defender went to take Tkachuk off the puck, he dished it between his legs and into the slot for Roslovic, who one-timed it in to tie the score and set the stage for White's overtime winner.

Evan Sarthou (Black Diamond, Wash.) started in net for Team USA and made 19 saves in the victory.

Team USA outshot Finland, 62-20 ... The U.S. went 0-2 on the power play while Finland went 0-1 ... ​Auston Matthews received the Directorate Award, Best Forward and was selected as a member of the media all-star team ... Evan Sarthou was named Team USA's best player of the game ... The United States outscored its opponents, 46-13, in seven games while outshooting foes 339-116 ... Matthews, Colin White and Matthew Tkachuk were named Team USA's best three players of the tournament ... Luke Kunin served as captain for Team USA, while Matthews and White were alternate captains ... The U.S. Men's National Under-18 Team is led by Don Granato, who served as head coach at his second IIHF Men's Under-18 World Championship this year. Granato is currently in his fourth season as one of two head coaches at USA Hockey's National Team Development Program in Ann Arbor, Michigan ... Twenty-two players on the U.S. roster come from USA Hockey's NTDP. Sarthou skated for the Western Hockey League's Tri-City Americans this winter ... Team USA's roster includes 20 players born in 1997 and three from the 1998 birth year. Defenseman Steven Ruggiero, born Jan. 1, 1997, is the oldest player on Team USA, while goaltender Jake Oettinger, born Dec. 18, 1998, is the youngest ... Thirteen different states are represented on the roster. New York leads the way with five skaters, while Illinois and Missouri boast three each ... The event began in 1999. Team USA earned its first gold medal in 2002 ... The U.S. National Under-18 Team trains with The Hockey IntelliGym, a software program that trains hockey sense. Visit USAHockeyIntelliGym.com for more information. 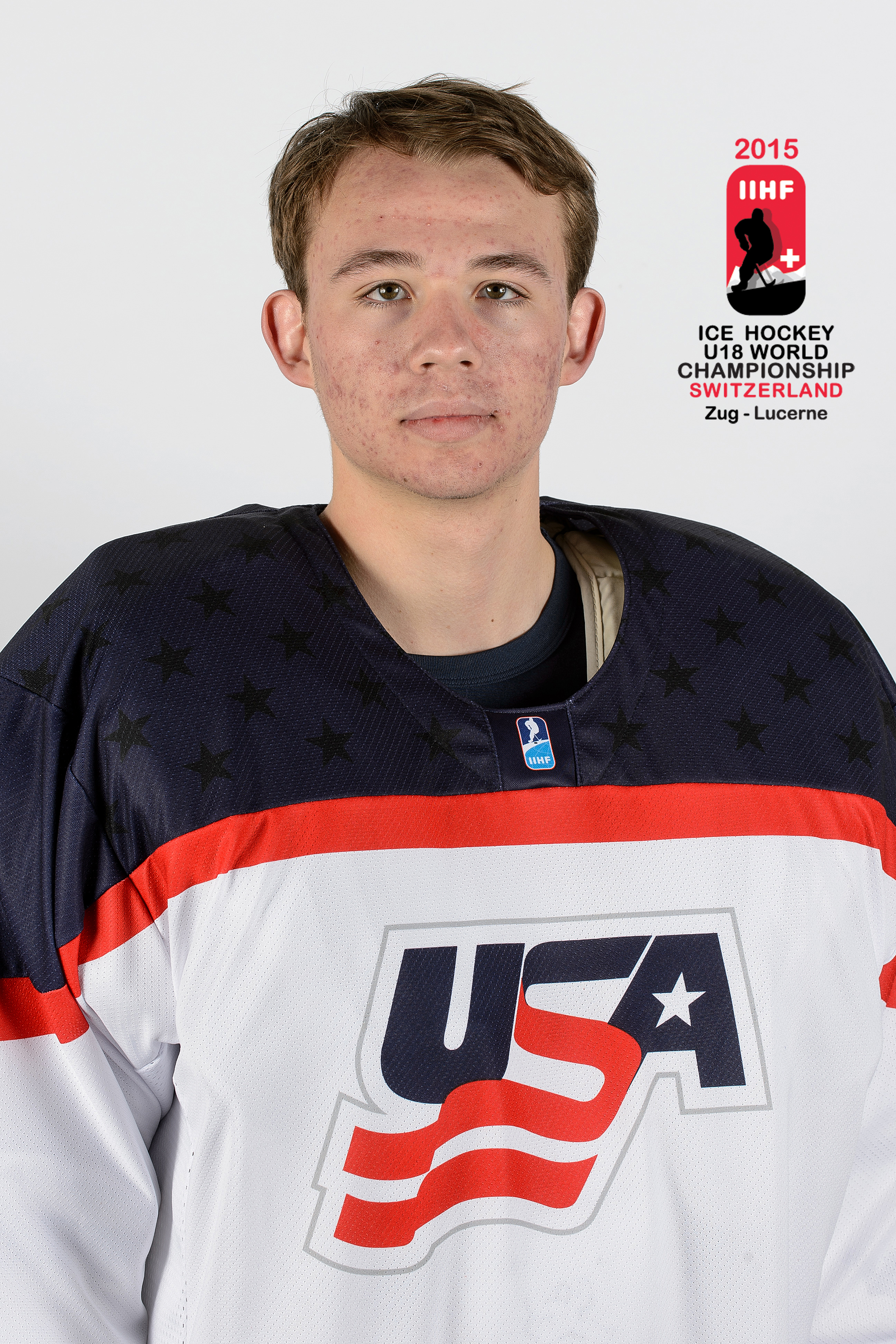