COLORADO SPRINGS, Colo. – USA Hockey unveiled today the 29 players selected to the preliminary roster for the 2016 U.S. National Junior Team. The players will attend training camp Dec. 14-18 at Boston University in Boston followed by an additional camp in Vierumaki, Finland, from Dec. 19-24. The final 23-man roster is expected to be named by Dec. 24. Team USA will compete in the 2016 International Ice Hockey Federation World Junior Championship, Dec.26-Jan.5, in Helsinki, Finland.

“This is a young, talented group that has experience winning on the international level,” said Jim Johannson, USA Hockey’s assistant executive director of hockey operations and the general manager of the 2016 U.S. National Junior Team. “The great variety and depth of talent represented by these players will make for some tough decisions, but that's certainly a good problem to have." 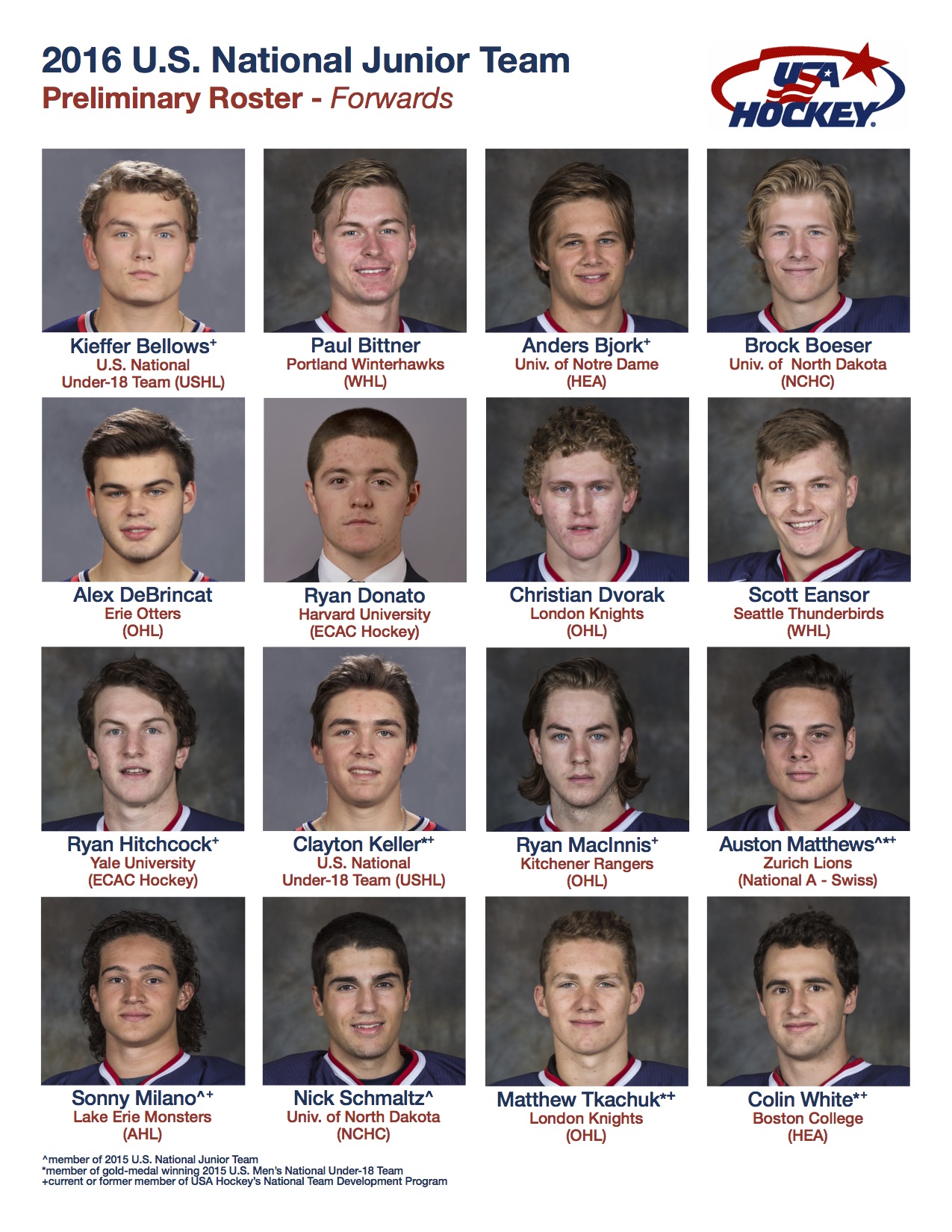 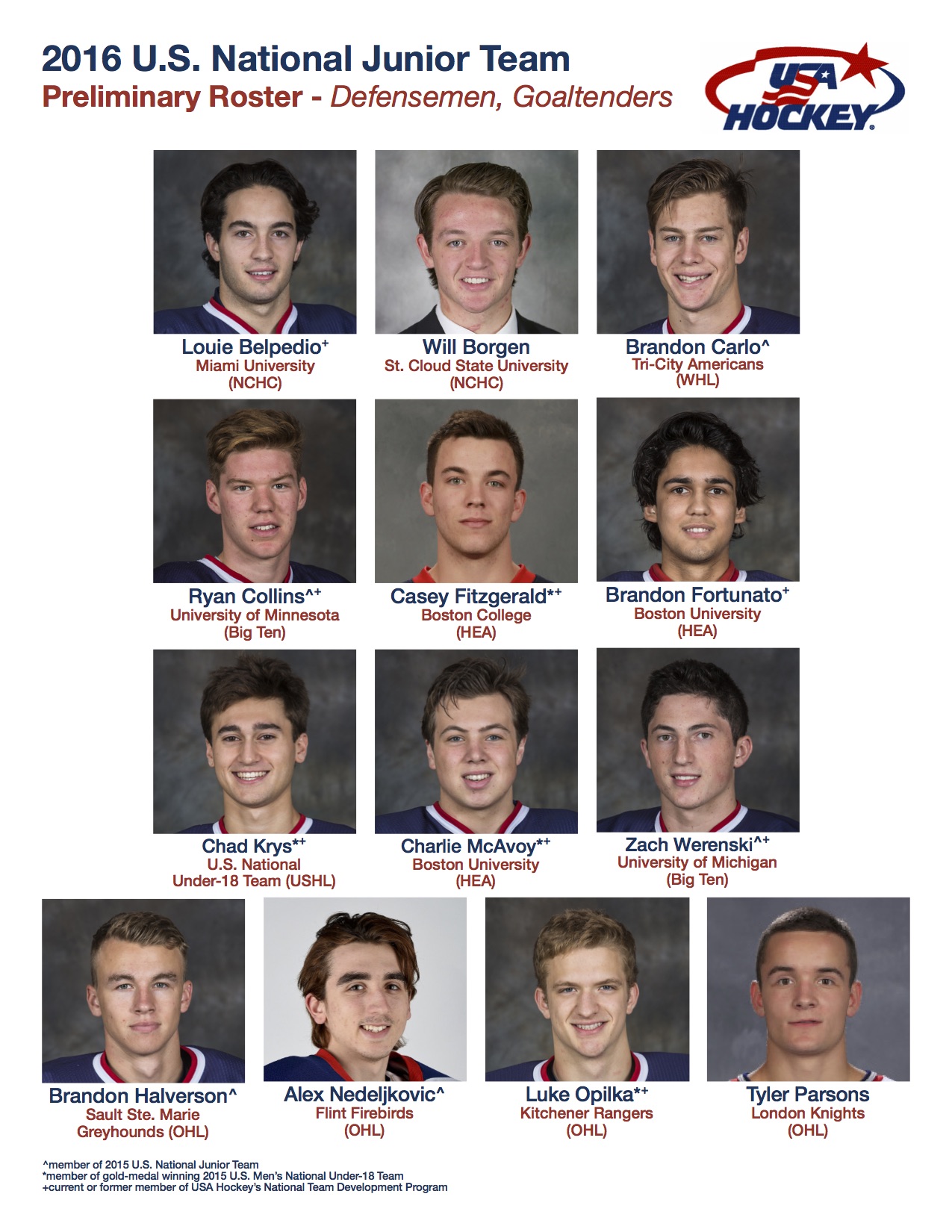