TODAY’S GAME
Team USA is seeking its ninth medal in world junior championship play today as it faces Sweden in the bronze medal game of the 2016 IIHF World Junior Championship. The teams meet for the second time in the tournament with Sweden earning a 1-0 decision on Dec. 28 in preliminary round play. Team USA outshot Sweden, 46-23, in the contest, while Alex Nedeljkovic made 22 saves and Zach Werenski was named the U.S. Player of the Game. Today’s game will be televised live in the U.S. on NHL Network.

THINGS TO KNOW
Auston Matthews, Alex Nedeljkovic and Zach Werenski were named Team USA’s three best players of the tournament ... U.S. Head Coach Ron Wilson on Sweden, “We were happy with the way we played the last time we faced them. With a medal at stake, I’m certain our players will rise to the challenge and close this tournament with its best game yet.” ... Matthew Tkachuk can join his father, 2011 U.S. Hockey Hall of Fame member, Keith Tkachuk, as a world junior championship bronze medalist. Keith was a member of the 1992 U.S. National Junior Team that earned bronze in Fussen/Kaufbeuren, Germany ... Eight players – Brock Boeser, Alex DeBrincat, Chad Krys, Auston Matthews, Charlie McAvoy, Matthew Tkachuk, Zach Werenski and Colin White – are eligible to return for next year’s world junior championship in Montreal and Toronto. 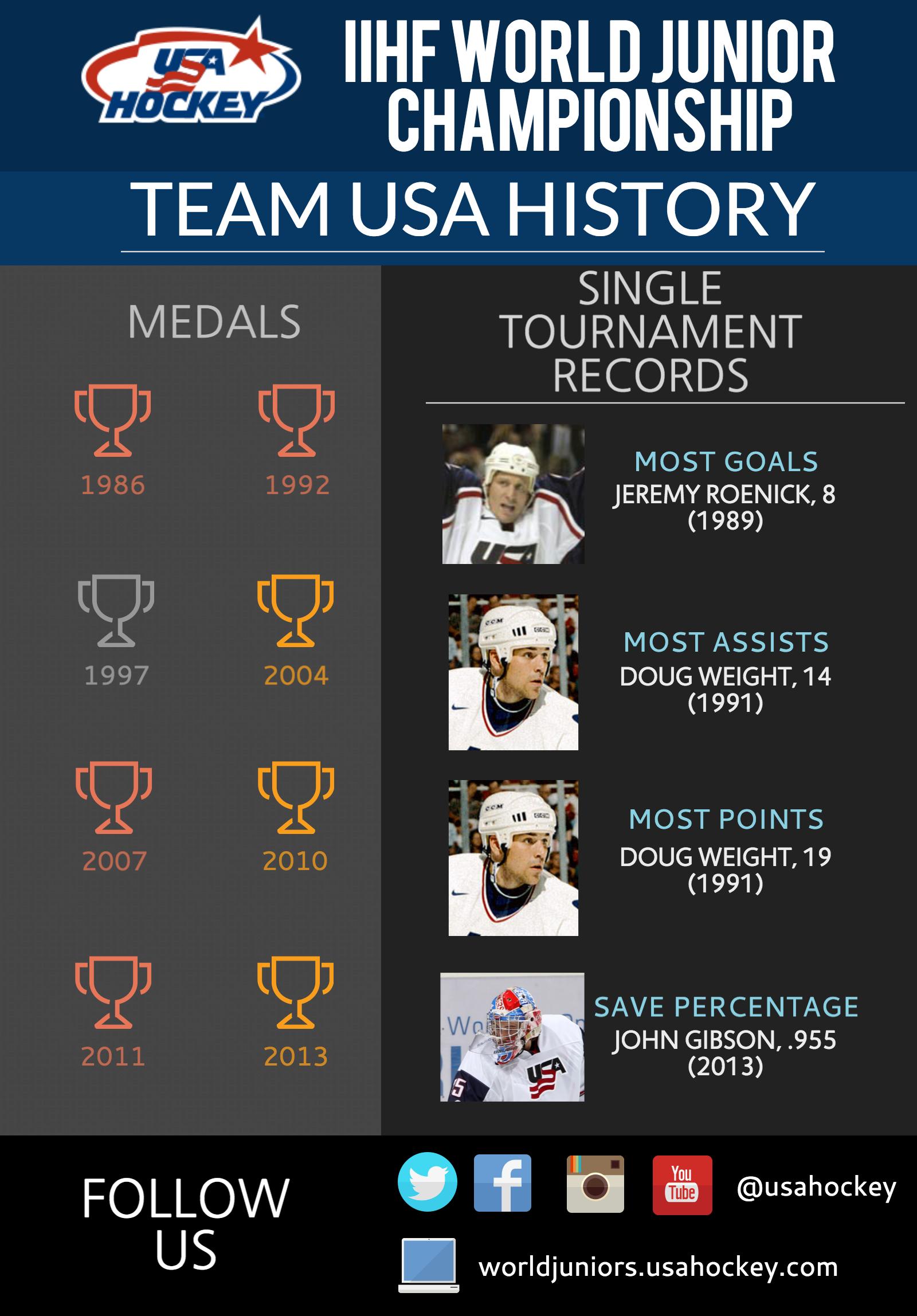