"Bob has found success everywhere he has coached and we're excited to have him as head coach of our National Junior Team," said Jim Johannson, assistant executive director for hockey operations at USA Hockey, who will also serve as general manager of the 2017 U.S. National Junior Team. "He has a familiarity with our player pool that should blend well with his ability to get the most out of players and we look forward to his leadership."

The U.S. National Junior Team will take part in the 2017 International Ice Hockey Federation World Junior Championship Dec. 26, 2016 - Jan. 5, 2017, in Montreal and Toronto, Canada. Motzko, who will make his debut as head coach for Team USA at an IIHF event, aims to lead the U.S. to back-to-back medal finishes for the second time ever (2010 - gold, 2011 - bronze) after the U.S. earned the bronze medal last year at the 2016 IIHF World Junior Championship in Helsinki, Finland.

"It is a real honor to be asked to lead your country in what is considered one of the greatest hockey tournaments on the hockey calendar," said Motzko. "The growth of talent in the United States has turned us into a perennial medal contender and I expect this year to be no different. I'm excited for this challenge and eager to begin preparations for our National Junior Evaluation Camp in August as we start shaping our team for the World Junior Championship in December." 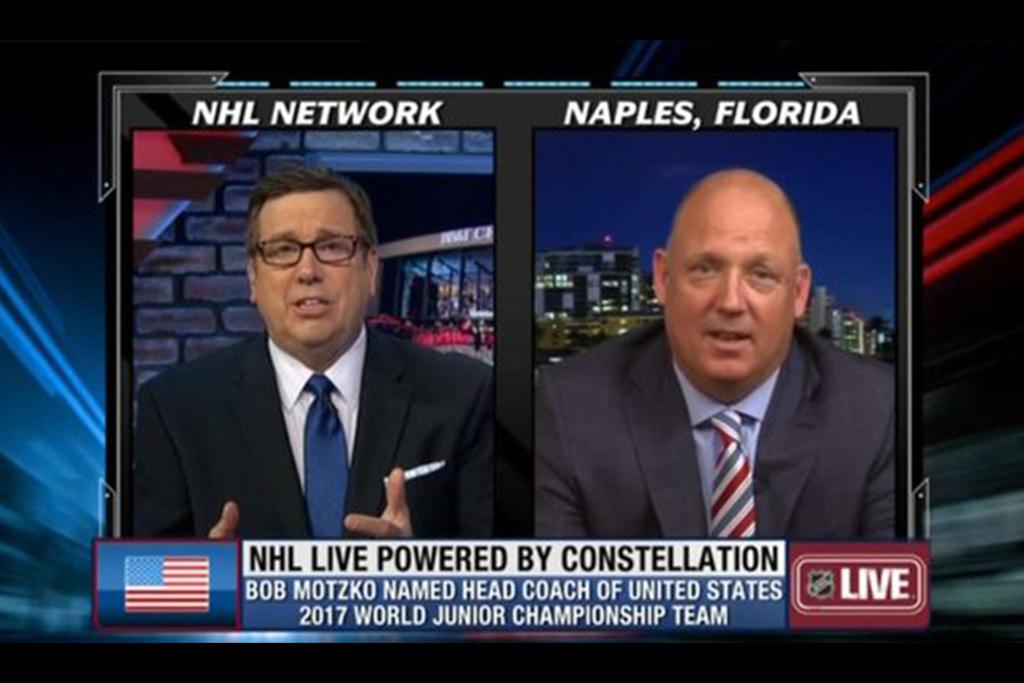 This is the second time Motzko will be behind a Team USA bench internationally. In 2014, he served as an assistant coach for the U.S. National Junior Team at the IIHF World Junior Championship in Malmo, Sweden.

Head coach at his alma mater since 2005, Motzko's 2015-16 St. Cloud Huskies claimed the program's first-ever NCHC Frozen Faceoff Championship and earned the program's fourth straight NCAA tournament berth to finish with a 31-9-1 (W-L-T) record that ranked third in the country and tied the school record for most victories in a season. In his 11 seasons in St. Cloud, the 2014 NCHC Coach of the Year and two-time WCHA Coach of the Year (2007, 2006), has produced seven 20 or more win seasons; seven NCAA tournament appearances; one NCAA Frozen Four appearance; two regular-season conference titles (one each: WCHA, NCHC); and one NCHC Frozen Faceoff Championship.

Prior to his time at St. Cloud, Motzko served in multiple coaching capacities at four different schools, including a four-season span at the University of Minnesota (2001-05) that was highlighted by back-to-back NCAA national championships in 2002 and 2003. His other collegiate coaching stints were with Miami University (1991-93, '94-98), the University of Denver (1993-94) and St. Cloud State University (1986-87).

A 1987 graduate of St. Cloud State University, Motzko was a two-year varsity letterwinner for Huskies hockey program from 1984-86. He began his coaching career the following year as an assistant coach for the legendary Herb Brooks at St. Cloud.

A native of Austin, Minnesota, Motzko and his wife, Shelley, have three children and reside in St. Cloud, Minnesota.

NOTES: NHL Network is the exclusive U.S. TV home of the 2017 IIHF World Junior Championship ... Bob Motzko (St. Cloud, Minn.) is the first U.S. National Junior Team coach to make his international head coaching debut for Team USA since Phil Housley (South St. Paul, Minn.) led the 2013 U.S. National Junior Team to a gold medal at the IIHF World Junior Championship in Ufa, Russia ... Jim Johannson (Colorado Springs, Colo.), USA Hockey's assistant executive director of hockey operations, is serving as the general manager of Team USA for the eighth consecutive year ... The rest of the coaching and support staff for the 2017 U.S. National Junior Team will be announced in the coming months ... Team USA will play its preliminary-round games at the Air Canada Centre in Toronto against Canada, Latvia, Russia, and Slovakia. Quarterfinals will be split between the Bell Centre in Montreal and Air Canada Centre. The semifinal and medal games will be played at the Bell Centre while relegation games will be played at Air Canada Centre. For more information about the tournament, click here ... Approximately 40 players will attend the 2016 U.S. National Junior Evaluation Camp at USA Hockey Arena in Plymouth, Michigan, July 30-Aug. 6. Invitees to the camp will be announced in the coming months. For the complete camp schedule, click here.