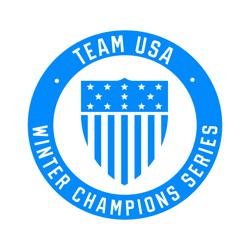 THE TEAM USA WINTER CHAMPIONS SERIES: The U.S. Women’s National Team hosts Canada at USA Hockey Arena in Plymouth, Michigan, today (Dec. 17) at 4:30 p.m. ET as part of the first-ever Team USA Winter Champions Series. The series is a daylong celebration of the Road to Pyeongchang that features three Olympic events broadcast on NBC and NBCSN. In addition to hockey, the series will include luge and the new Olympic event of big air snowboarding.

GAME DAY: Today is the first of two exhibition games between the U.S. and Canada. The two teams will play again on Monday, Dec. 19 at 7 p.m. at Progressive  Arena in Sarnia Ontario. Today’s game will be televised live on NBCSN at 4:30 p.m. ET with Gord Miller calling the play-by-play, Olympic gold-medalist A.J. Mleczko providing color commentary and Leila Rahimi serving as the rinkside reporter. Follow along on Twitter @USAHockey and @USAHockeyScores and join the conversation by using the hashtag #WCS2016.

AT THE GAME: Fans attending the game will receive a free American flag and also get an exclusive advance purchase and discounted ticket offer for the upcoming 2017 IIHF Women’s World Championship, which will be hosted at USA Hockey Arena March 31-April 7. Carly Bins, a senior at Northville (Mich.) High School, will sing both the U.S.  and Canadian national anthems prior to opening faceoff. Flag bearers from area youth hockey programs will also be part of the ceremonies prior to the game. The intermissions will showcase cross-ice games featuring girls’ players at the 8U and 10U levels from across the state of Michigan. Select members of Team USA will sign autographs in the arena after the game.

IIHF WOMEN’S WORLDS PREPARATION: The game today will also serve as a precursor to the 2017 International Ice Hockey Federation Women’s World Championship that will be held at USA Hockey Arena from March 31 to April 7. 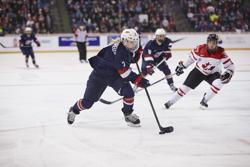 USA vs. CANADA: The United States and Canada are the only gold-medal winners in Olympic Winter Games and International Ice Hockey Federation Women’s World Championship history. Team USA won the inaugural Olympic gold medal in 1998, while Canada has taken the top prize in the four Games since (2002, 2006, 2010, 2014).

SINCE SOCHI: Since falling to Canada in overtime, 3-2, and earning a silver medal at the 2014 Olympic Winter Games, the U.S. Women’s National Team has played Canada in five international events (two IIHF Women’s World Championships and three Four Nations Cups), winning four of five titles and seven of 10 games overall.