Quinn Hughes Growing Into Own Game in Under-18 Season

Michigan recruit has become one of the USHL’s best defensemen 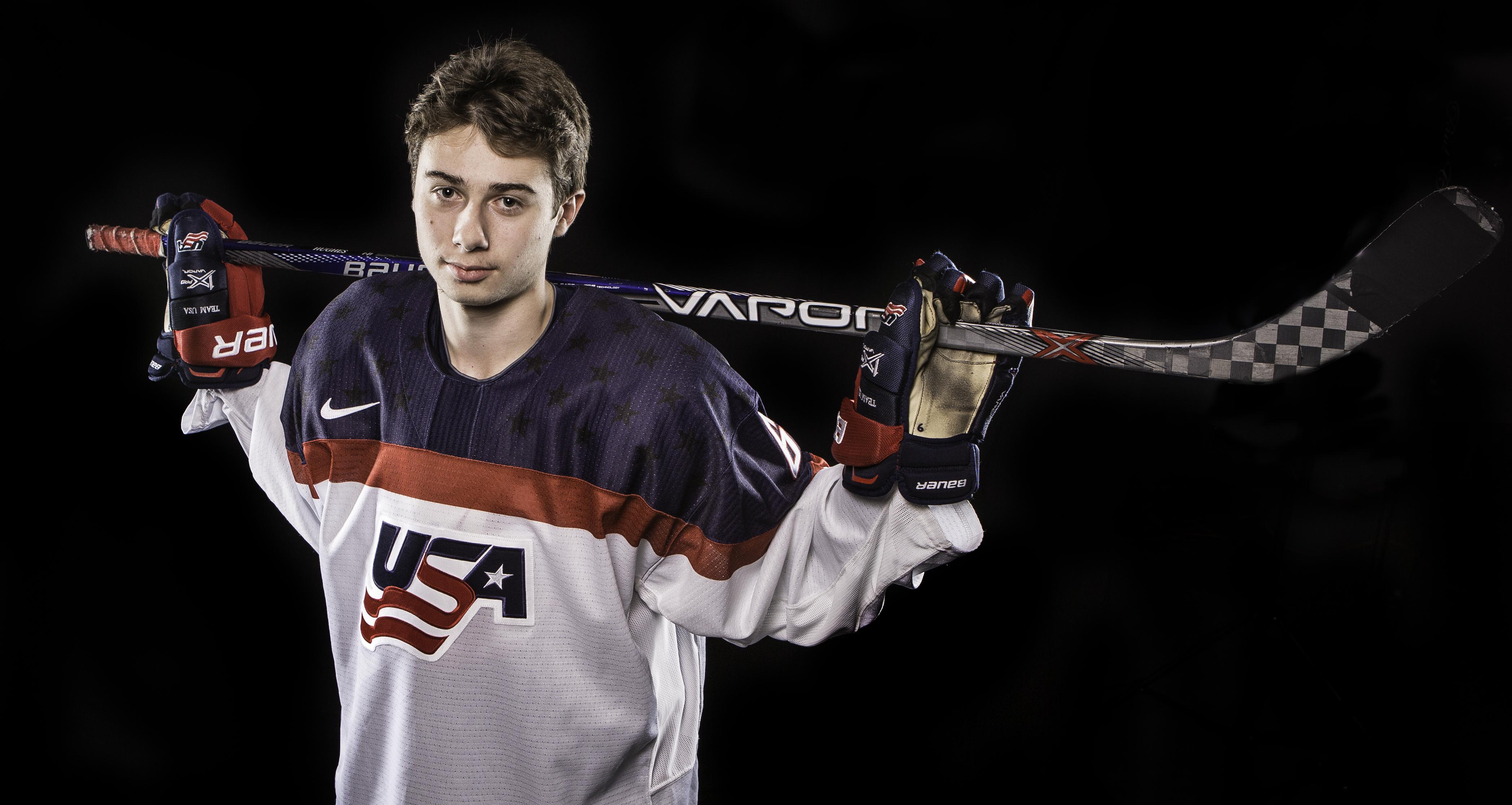 Quinn Hughes has a simple answer when asked about the reasons for his success this season.

The game has slowed down for the 5-foot 9, 167-pound blueliner. It’s really just a matter of following a basic formula.

More than anything, that experience factor is showing up for Hughes on the ice this season as a member of the U.S. National Team Development Program Under-18 squad, as he has three goals and a team-best 25 assists in 39 games. In addition, he has been named the CCM/USHL Defenseman of the Week twice this season (Nov. 28 and Dec. 19).

“We have been through it before and we know what is expected,” he explained on what changed from his first year with Team USA. “It is easier this year because we can handle the pressure and deal with things, such as playing against a bigger opponent or the hard schedule.”

Hughes, who was born in Orlando, Florida, says it’s all about his mindset when it comes to his game, especially when he is a smaller player playing against larger and stronger opponents.

“It’s something I have always been doing when I was growing up,” he explained. “It doesn’t really matter how big the other team’s forwards are. They are going to be good. Getting used to how to get pucks in different ways from the bigger guys.”

Plus, he credits the NTDP coaching staff in helping improve his game which includes watching video.

“The coaches will pull you aside and they can help you with stuff,” said Hughes. “They can show you all your shifts and give you suggestions. That really helps when you are trying to get better.”

When it came to picking a college to continue his hockey career after this season, it took some time for Hughes to make a decision. Once he did, he knew he had made the perfect choice.

“I didn’t know anything about [the University of] Michigan when I first started looking,” he said. “I went to look at several schools across the country. I didn’t know what was going to be the best fit for me. After going on my visits, I decided to go to Michigan. I was blown away by everything there. It will be cool to play for Coach Berenson.”

Hughes has already played against his future college squad. He picked up one helper in a 6-3 loss on Nov. 18.

“It was very cool,” said Hughes on the game. “It was something that I was looking forward to since the start of the year. It was exciting and the atmosphere was unbelievable. I can’t wait to be there next year.

“I just remember them scoring and how loud it got in there. Even though I didn’t like it at that moment, looking back, it was something pretty cool and I’ll get to experience next year.”

“The experience knowing that you have done it once,” he said. “I think that helps instead of walking just right into it. That will be a big help for next year.”

For now, Hughes is focused on the present as he and his teammates start preparations for their second international tournament, the Five Nations in Sweden in early February. Team USA will face Finland, the Czech Republic, Russia and Sweden in round robin play.

“We have to do the same things — stay focused and determined. That is a huge thing. We can’t be getting off track at this point. We need to play to our strengths,” explained Hughes on what they need to do to have success.

Hughes and his teammates captured their first international title, the Five Nations this past November at the Ann Arbor Ice Cube. It was a special moment for him and something that he wants to continue to build on.

“Obviously, we were disappointed in what happened last year [as Under-17s] and it was something we were striving for this year as a team,” he said. “We have been looking for that for a while so it was exciting to finally get that first one out of the way and hopefully, more to come.”

One thing stands out for him, something that he loves to hear, and that is “The Star-Spangled Banner,” which is played after games for the winning team in international play.

“That is what we play for,” he stated. “It’s not just about the game but you are playing for your country. That is one of the biggest things to play for your country and wear the jersey. It’s something I’ll remember forever.” 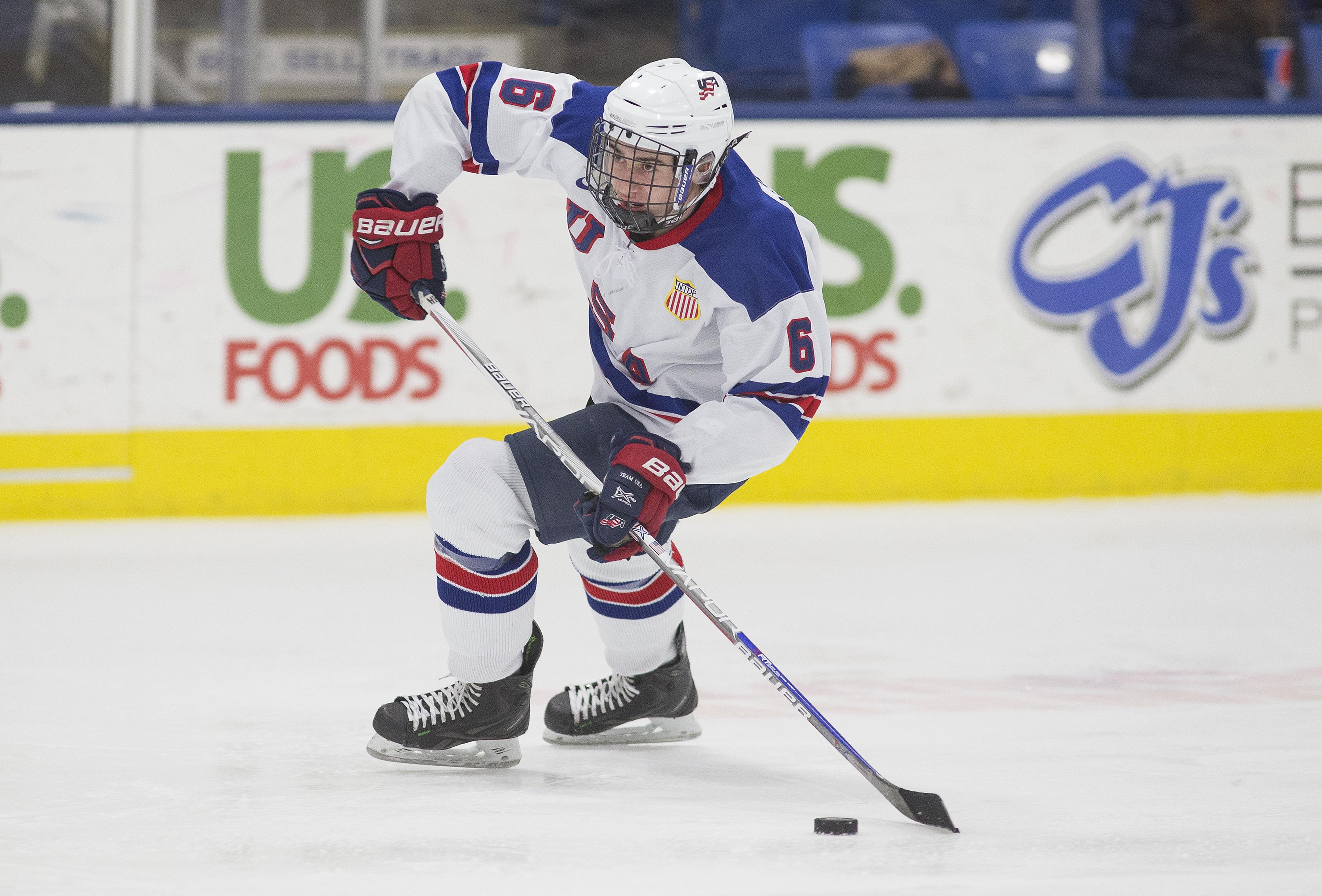