Even though Providence College sophomore forward Erik Foley is a native of Mansfield, Massachusetts, he could serve as a poster child for the Fort Dupont Cannons.

The Cannons are based in Washington, D.C. and over the years have given numerous minorities, including many African-Americans, an opportunity to play hockey. “I’ve never have really seen an organization like that,” said Foley, who recently played on the U.S. National Junior Team that captured the gold medal at the 2017 IIHF World Junior Championships. “I think that’s great. I always like to be an influence for African-Americans. If they see me, [Nashville Predators defenseman] P.K. Subban or [Edmonton Oilers draft pick] Caleb Jones being successful and if they see more and more black hockey players coming up through the ranks, maybe they’ll say, ‘I can do this.’” 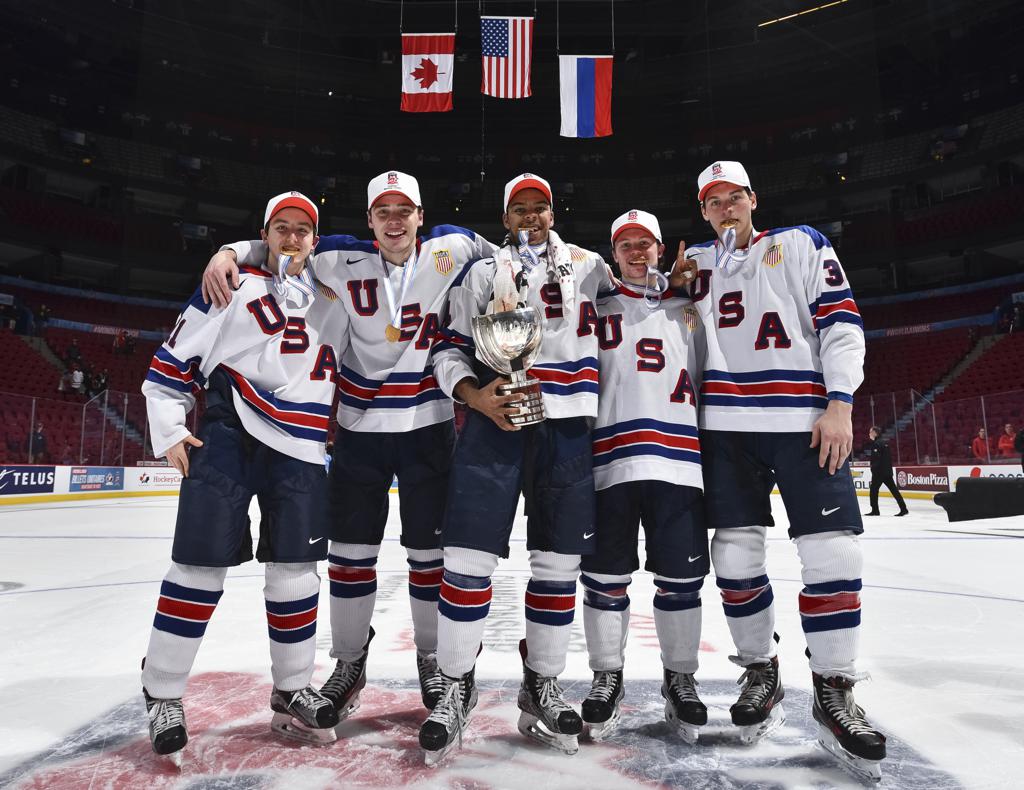 What Foley would like to do if the opportunity presented itself would be to establish an organization similar in nature to the Cannons.

“If I had it in my power, I’d love to establish one of those associations and have some black players come down,” Foley said. “A lot don’t get the opportunity to play hockey. Maybe they don’t want to be the only black kids to play the sport.

Foley, who also played on the 2014 U.S. National Under-18 Team in the Ivan Hlinka Tournament in Slovakia, knew once he tried hockey that it was the only sport for him.

Fortunately for Foley, his father John also played hockey, and proved to be a major influence in his desire to follow his heart.

“My dad has been a big influence in my playing hockey,” Foley said. “I always wanted to make my family proud. They keep me driven and on the right track.”

The right track eventually took him to Slovakia, which was the first time he played against international competition.

“Every time you put on the USA Hockey jersey it’s an honor,” Foley said. “This was my first taste of international hockey and it was an eye-opener.

“It was a great time to bond with some of the guys who aren’t in your part of the country and I really enjoyed it.” 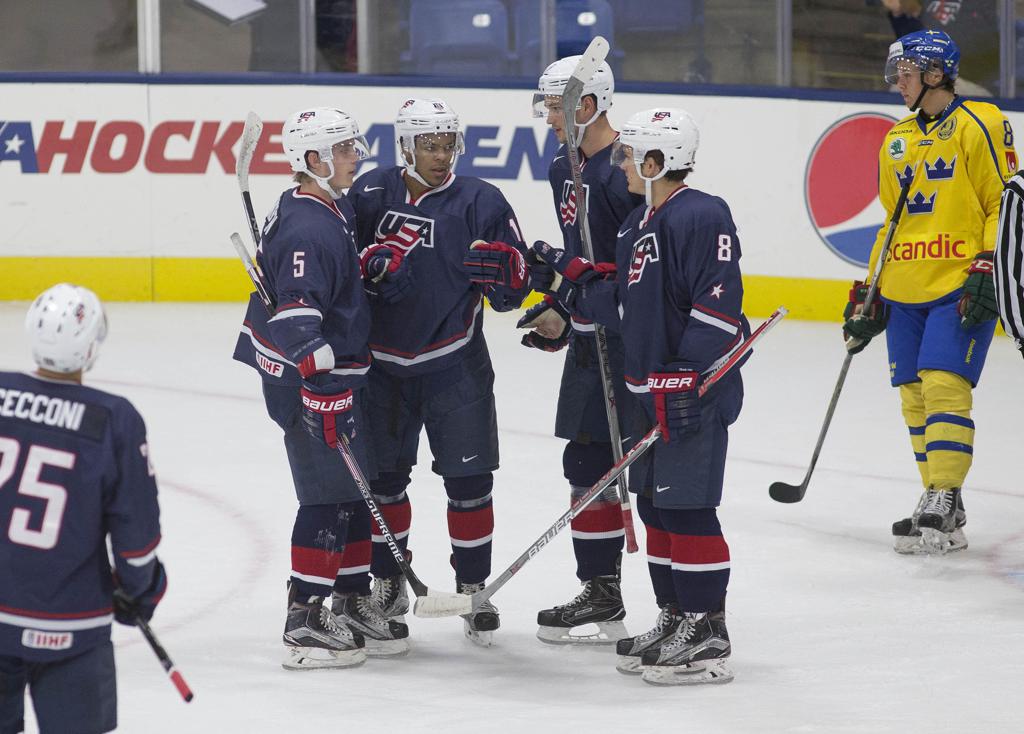 “It was something I had in the back of my mind,” he said. “I wasn’t sure if I was going to be invited back, but because I was invited last year, I knew I was on USA Hockey’s radar and they liked me.

“Once I got the call it was another honor. I was excited to go back and try to make the national junior team. It was a great experience playing with all those great players.”

But that experience paled in comparison with the experience he was exposed to once the team arrived in Toronto.

“When we first got into Toronto we saw the scale it was on,” Foley said. “There were billboards and you knew you were in enemy territory. There were Canadian jerseys worn by everybody in the malls. It was really exciting to see the hype before the tournament.

“It was the best atmosphere [at the Air Canada Centre] I’ve played in since I’ve been a hockey player. It was an invaluable experience.”

The same could be said of Foley’s opportunity to play and bond with players of such a high caliber.

“What I learned at the World Juniors is what it takes to be successful and to have a winning team,” he said. “We had a tightly knit group. It looked like we were going to lose a couple of games in the medal round. But we found a way to battle through adversity.

“I think when the team was down we always found a way to bounce back and win.”

Foley was quick to admit that he benefitted both on and off the ice from playing for Team USA Head Coach Bob Motzko.

“He taught me a lot,” Foley said. “On the ice he made my game grow. He showed me how I needed to buy in and play the role I needed to play in order to be successful. He gave me a boatload of information in the short time I was with him.

“I remember in the ‘D’ zone in one practice he showed me the line between the dots. I was on the left wing. How do you contain your ‘D’ so they can’t sneak by you in the middle? He showed me when the puck is past that line, how you should contain your ‘D.’”

Hockey is For Everyone