Watch That Space - The Players' Tribune

The NCAA Men’s Frozen Four begins today at the United Center in Chicago, with Harvard facing Minnesota Duluth followed by Notre Dame taking on Denver. Thursday’s semifinals will air live on ESPN2, while Saturday’s title game will be televised live on ESPN.

Terry, who scored three shootout goals in Team USA's 4-3 semifinal victory over Russia before scoring the lone shootout goal in the 5-4 gold-medal game victory over Canada, recently published an article on The Players' Tribune discussing his time as a Denver Pioneer as well as his shootout heroics.

The following excerpt was originally written by Troy Terry and published on The Players' Tribune on April 6, 2017. 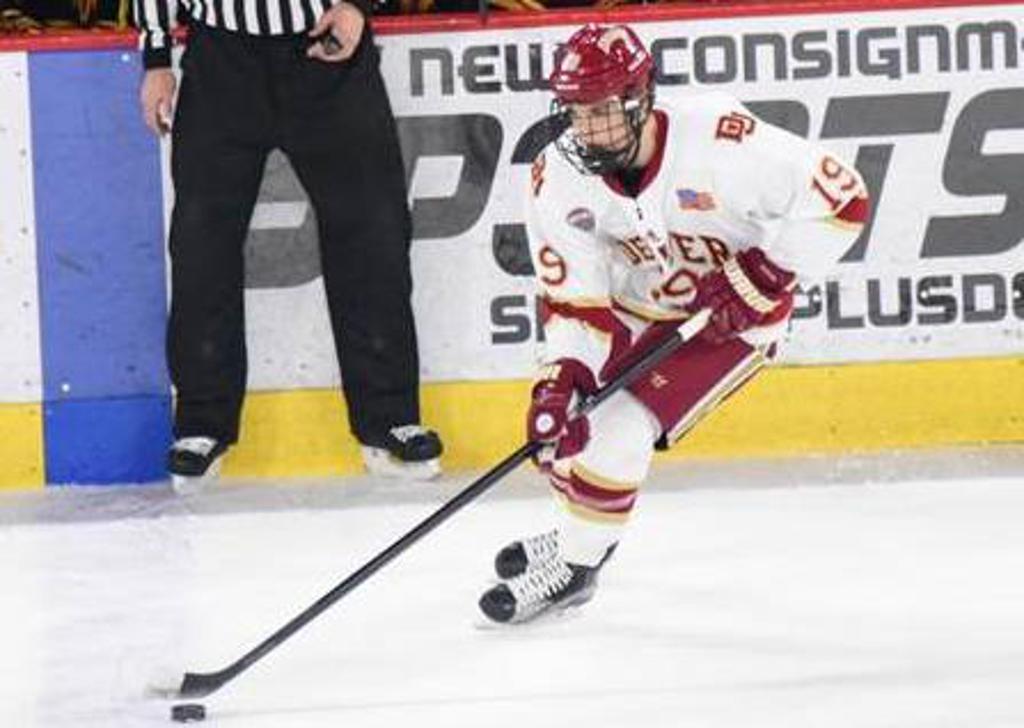 Terry and Denver reached the Frozen Four in 2016

I'm a Pioneer, born and bred.

Man ... my first game as a DU player. It was so special. I remember putting on the crimson and gold for the first time and being like, Damn, it's really real. I'm actually about to do this.

It was only an exhibition game against the University of Calgary, but it meant a lot. It was at Magness Arena, and all of my family and some of my friends were there to watch. During warmup I kept looking over to the seats that I used to sit in when I was a kid. It was an out-of-body experience.

I was never really the best player on any team I had played on. So when I got invited to Team USA's world junior camp in 2016, a year after my first season with DU, I was a little surprised. I had had a good freshman year, but I wasn't sure if I had a shot to make the national team. I got my invite in early December and left for camp in Buffalo. I was pretty nervous, and skeptical that I could actually make that team.

They made some cuts in the first few days — each of which I survived — and then we left for Oshawa, Ontario, to play the Swiss and the Czechs in pretournament play. After the Czech game, the roster would be set. I thought I was a bubble guy. So did my parents. They didn’t book tickets to Toronto because it was too expensive of a risk to take.

We beat the Czechs 4–0, and they were supposed to let us know in the locker room after the game. But they told us that they needed more time to decide, and said that the roster would be set by the next morning.. Basically, if you got wake-up call at seven in the morning you were going home. They needed extra time to get you on a plane. If they let you sleep in, you’d made it.

It was not easy to get to sleep that night.

Thankfully, I slept in and made the team.

What happened over the next two weeks …well, I wouldn’t have believed it if you’d told me before what was going to happen.