Camp Held May 12-14 in Blaine, Minnesota

The camp consists of 18 female goaltenders, including Alex Gulstene (Evanston, Ill.) and Lindsay Reed (New Vernon, N.J.), both of which helped guide the 2017 U.S. Women's National Under-18 Team to a gold medal in January at the 2017 International Ice Hockey Federation Under-18 Women's World Championship in Zlin and Prerov, Czech Republic.

The players range in age from 15-20 and represent 11 different states. Minnesota leads the pack with six representatives, followed by Illinois and New York with two. Alaska, Florida, Massachusetts, Michigan, New Jersey, Ohio, Rhode Island and Wisconsin each have one. Two players spent the 2016-17 season in college, including Brittany Bugalski (Lake Worth, Fla./Northeastern University) and Beth Larcom (Middletown, R.I./Harvard University).

For a complete roster and practice schedule, click here.

A female-specific camp showcases the growth of women's hockey and is the natural evolution of the program, allowing more goaltenders to participate through the introduction of a curriculum that is specific to the women's game. Prior to the 2015 camp, female goalies conducted their summer training with the top male goalies as part of USA Hockey's Warren Strelow National Team Goaltending Camp. 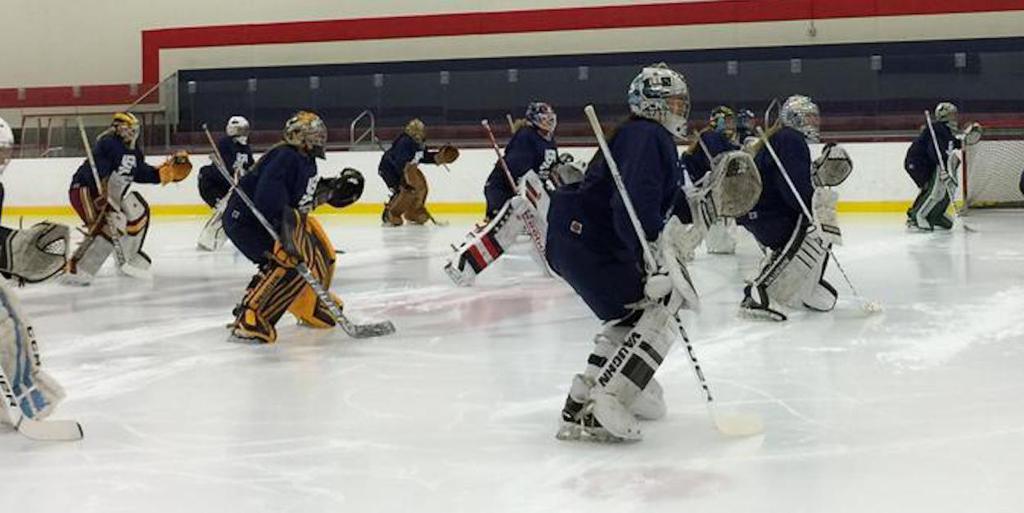