For the U.S. National Sled Hockey Team, this off-season carried with it a bitter taste in their mouths as for the first time since 2013, the season ended in a loss.

Reasons for the setback vary. To start, there was the sudden passing of head coach, Jeff Sauer, last February. Then, there was the time difference and quick adjustment period ahead of the tournament, or the grueling tournament schedule itself.

Whatever the reason may be, winning had become the norm, the expectation. Losing was unfamiliar, and something nobody wants to experience again.

“The bottom line is we unfortunately fell short of our goal at winning a gold medal,” said Dan Brennan, director of sled hockey for USA Hockey and general manager of the 2018 U.S. Paralympic Sled Hockey Team. “We’re treating this as a wakeup call for our players and staff and expect everyone to be hungry again entering this season.”

“We don’t like losing, I’ll tell you that,” Guy Gosselin, head coach of the 2018 U.S. Paralympic Sled Hockey Team, said. “Second place didn’t sit well with anybody that was involved. The players know it, and they’re going to come to work this season and hopefully we’ll grow together on and off the ice.”

The silver lining, if there is one, is the idea that history can repeat itself. In 2013, the world championship took place in South Korea where, like last April, Team USA fell to Canada and made the long trek home with silver medals. 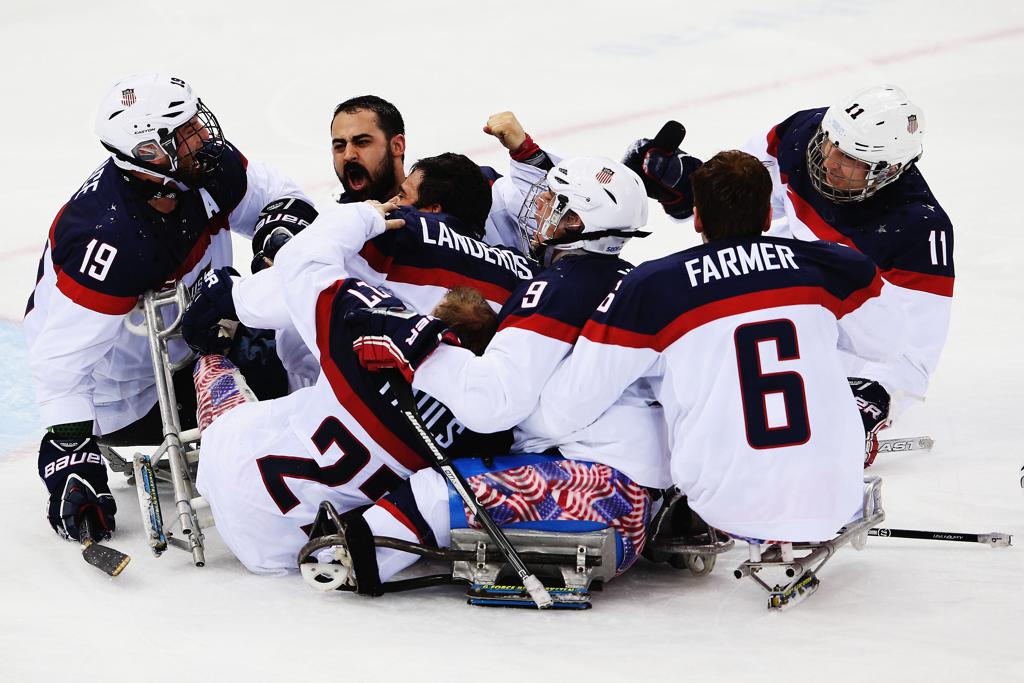 The hope for the coaching staff is that, like in 2014, the team’s runner-up finish with fuel the fire to an unprecedented third consecutive Paralympic gold medal.

“There’s a renewed senses of focus and purpose within our team this year,” said David Hoff, assistant coach of the 2018 U.S. Paralympic Sled Hockey Team. “We are in unfamiliar territory, beginning the season as runner-ups. But, I do think it’s motivation without a doubt.”

Both Gosselin and Hoff are back this season in their same roles on the coaching staff. Gosselin is in his third stint with Team USA, after serving as head coach for the world championship a year ago. Prior to that, he was an assistant coach from 2011-15 under coach Sauer, helping Team USA capture gold in the 2014 Paralympic Winter Games and the 2012 IPC Sled Hockey World Championship.

“I’m pretty excited in our coaching staff in both the familiarity of it and the new ideas that will come to the table,” said Brennan. “Guy was an assistant coach under Jeff Sauer for a long time, so he’s well-versed in what our identity is, and the players respect him a lot — not just because of his playing background, but just the high-character person that he is.” 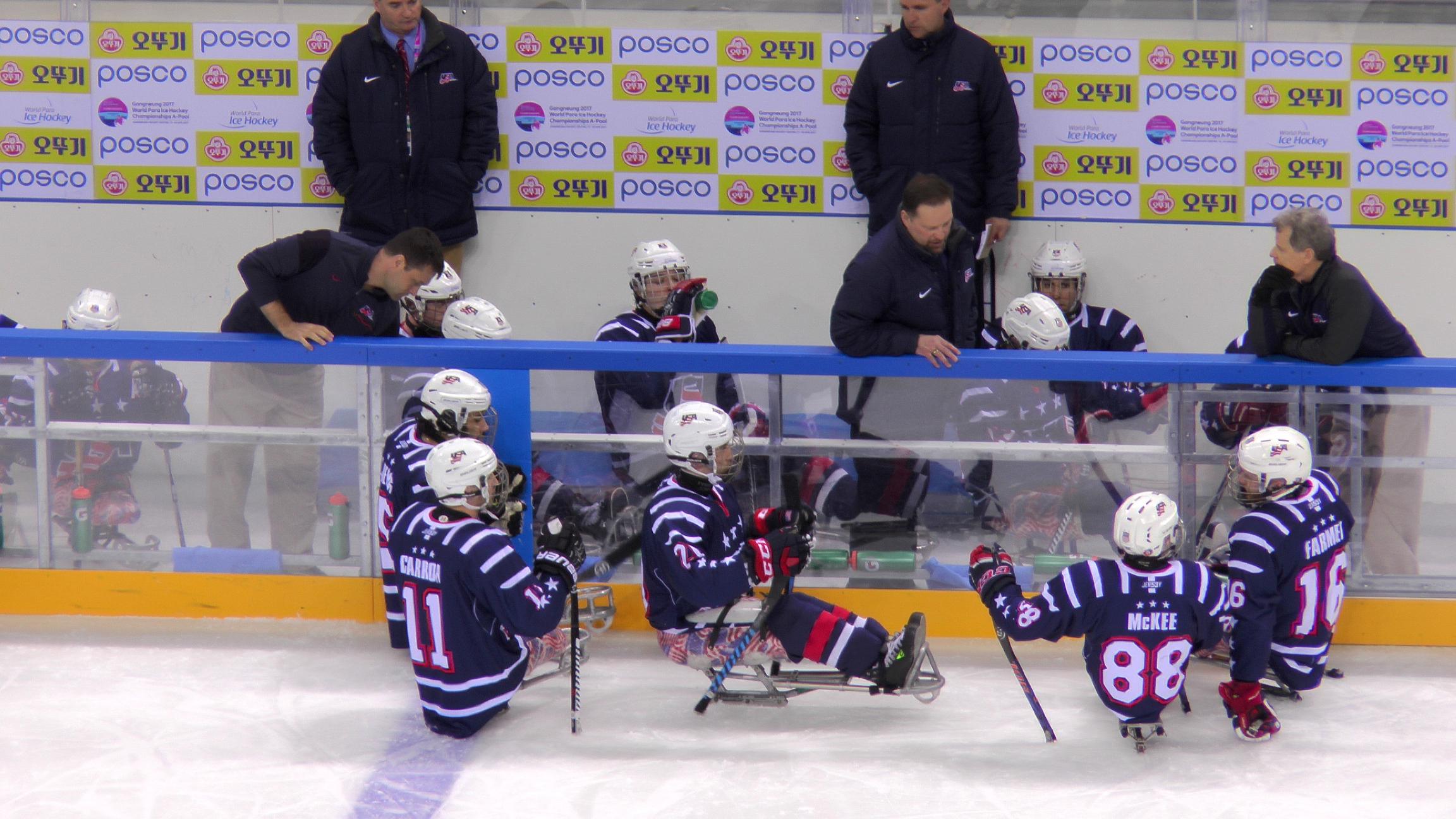 Guy Gosselin will lead the U.S. behind the bench in PyeongChang

“Last season was David’s first with the team, so he’s now familiar with the players and our team structure. His strength is in his on-ice coaching from coaching various sled hockey camps over the years. Now, with a world championship under his belt, he’s growing in that ‘behind-the-bench’ aspect.”

With an extra sense of urgency to play well, the national team heads into this year with the goal of bringing home gold at the PyeongChang 2018 Paralympic Winter Games in March. The U.S. qualified for the Games by virtue of its top-five finish in the world championship.

Tryouts for the national team were held in mid-July where 70 players battled for 17 roster spots. Eleven of the players who made the team helped Team USA capture the 2016 (Dec.) World Sled Hockey Challenge and finish second in the 2017 Para Sled Hockey World Championship last April.

“I think we have a little bit of everything,” Gosselin said. “We’ve got some highly-skilled players and then we’ve got some toughness and guys that play hard every single night. I think those are assets any championship team needs, and as the season gets underway here we’ll start seeing roles evolve as players try to earn the right to represent the United States in next year’s Paralympics.”

The 2017-18 U.S. National Sled Hockey Team, as it stands, has 17 players. Come Jan. 1, the roster will be trimmed to either 15 or 16 players. Fighting for a roster spot certainly breeds healthy competition within the team.

While the 2017-18 season will officially get underway with the season-opening camp in Columbus, Ohio, this weekend, the message was already set at tryouts in July.

“Every player that goes out for the next four months understands that they haven’t made the team yet,” Brennan said. “That’s kind of a great dynamic going into the Paralympic Games. We’ll have three training camps between now and December, and then there is the World Sled Challenge in Canada. With roster spots on the line, we’re excited to see the level of play our team will bring.”

As the roster currently sits, it is a veteran group led by goalie Steve Cash, who enters his 13th season on the team seeking a third-straight Paralympic gold medal after backstopping Team USA at both the 2010 and 2014 Paralympic Winter Games. 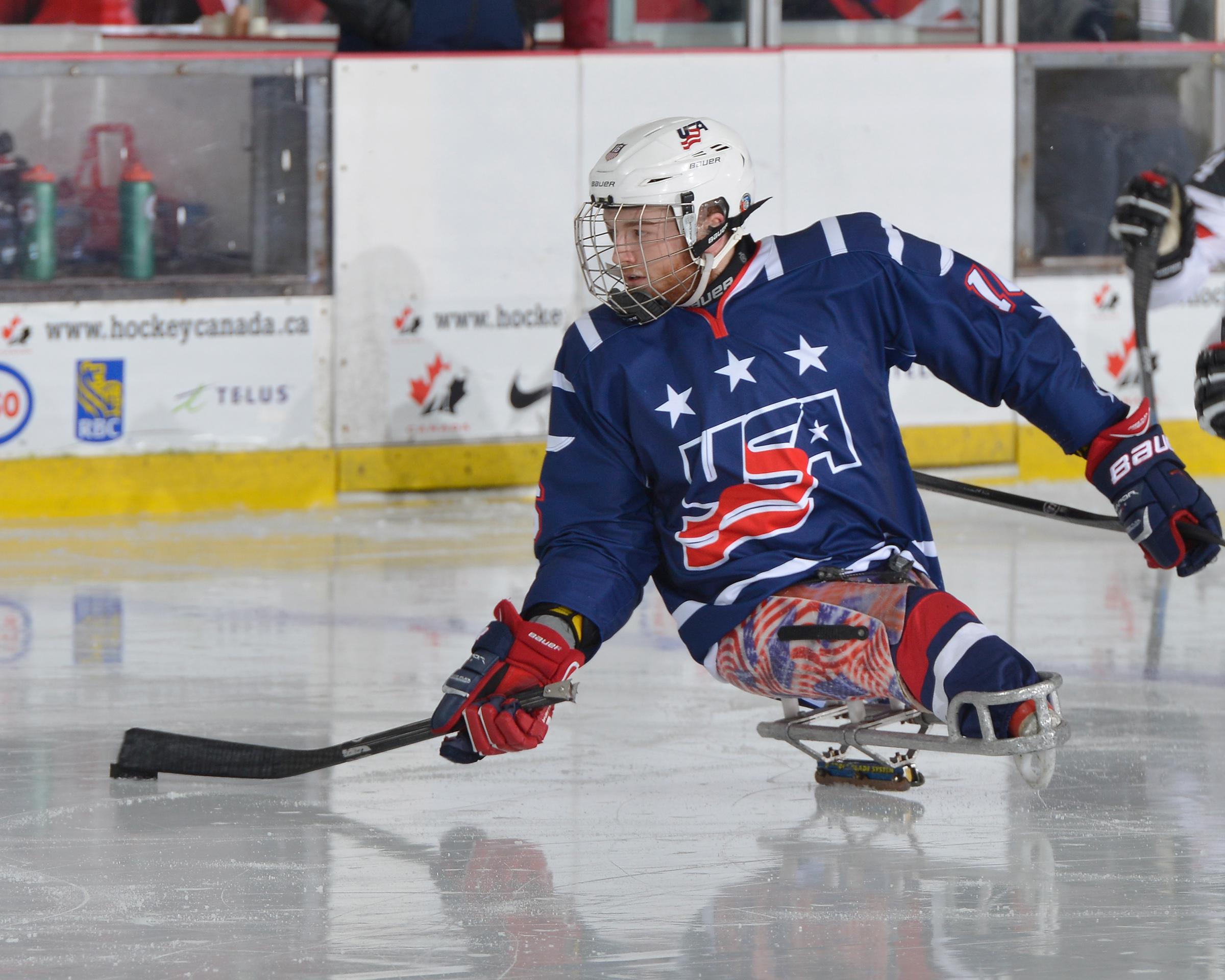 The team includes four players who weren’t on last year’s squad. Goalie Jen Lee, who played in Sochi, and forward Josh Misiewicz, who is in his third stint with Team USA, both add experience. Defenseman Ralph DeQuebec and forward Travis Dodson, who were on the U.S. Development Sled Hockey Team last season, made the jump to the national team.

With such a diverse and deep talent pool, the staff sees the training camps as more than just camps but extensions of competition against the world’s best players.

“Right now, I think the biggest thing is we have competition,” Hoff said. “I think our practices and our scrimmages even between or national team and our development team, those are some of the best competitions we’ll get in terms of just getting better for the Paralympic Games. We have good depth right now and I think that’s very advantageous for us.”

At Sochi 2014, the success of Team USA can be contributed to the hunger of the team’s youth. While this year’s team aims to be more experienced, Brennan expects the team to be fueled by a different type of hunger.

“Players are going to be starting this first half of the season with a chip on their shoulder,” Brennan said. “Everyone is out to prove they belong on this team. Whereas in Sochi we had young players hungry for success, this year’s team should be hungry to prove themselves. Given the depth our volunteers and coaches across the country have helped develop, our roster decisions are more difficult than ever before as we identify three lines that can all play against the best in the world.”

“We want these guys to be going on all cylinders by the time we’re in PyeongChang,” Gosselin said. “They’re going to have to work really, really hard and come together as a team.” 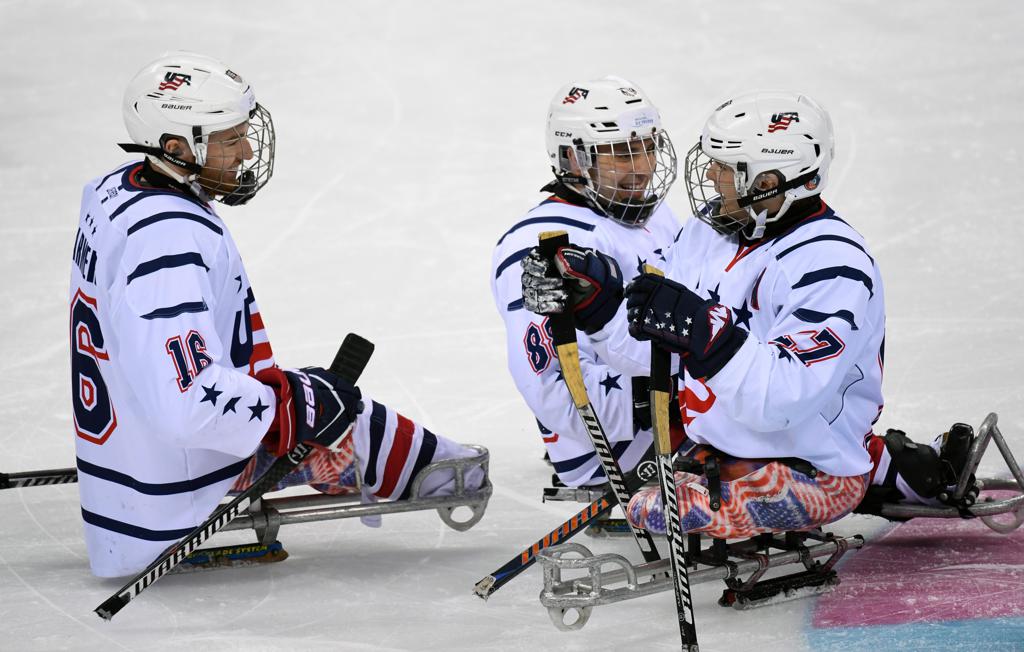