For seven players, skating on the U.S. National Sled Hockey Team is more than the chance to play sled hockey at the highest level: it is another opportunity to represent their country.

Among the 17 members on this year’s U.S. team are five Marines in Ralph DeQuebec, Travis Dodson, Luke McDermott, Josh Misiewicz and Paul Schaus as well as two Army veterans in Jen Lee and Rico Roman.

“I’m honored and proud to be able to wear our colors and the big ‘USA’ on the front of our jerseys,” Roman said. “It’s great to be out there with other veterans and to be able to represent our country on the highest level of Paralympic athletics in our sport of sled hockey.”

“There’s a greater sense of respect because these guys went through the same things that you did,” DeQuebec said. “They share the same story as you, and for them to overcome and adapt to the situation they’re in now, it gives you greater respect not only for your teammate, but the man on the other side. They have to put their legs on the same way we do.”

Roman is a retired staff sergeant that had his left leg amputated above the knee when he was wounded by an improvised explosive device (IED) in February 2007, while serving his third tour in Iraq. He also served in Kosovo. 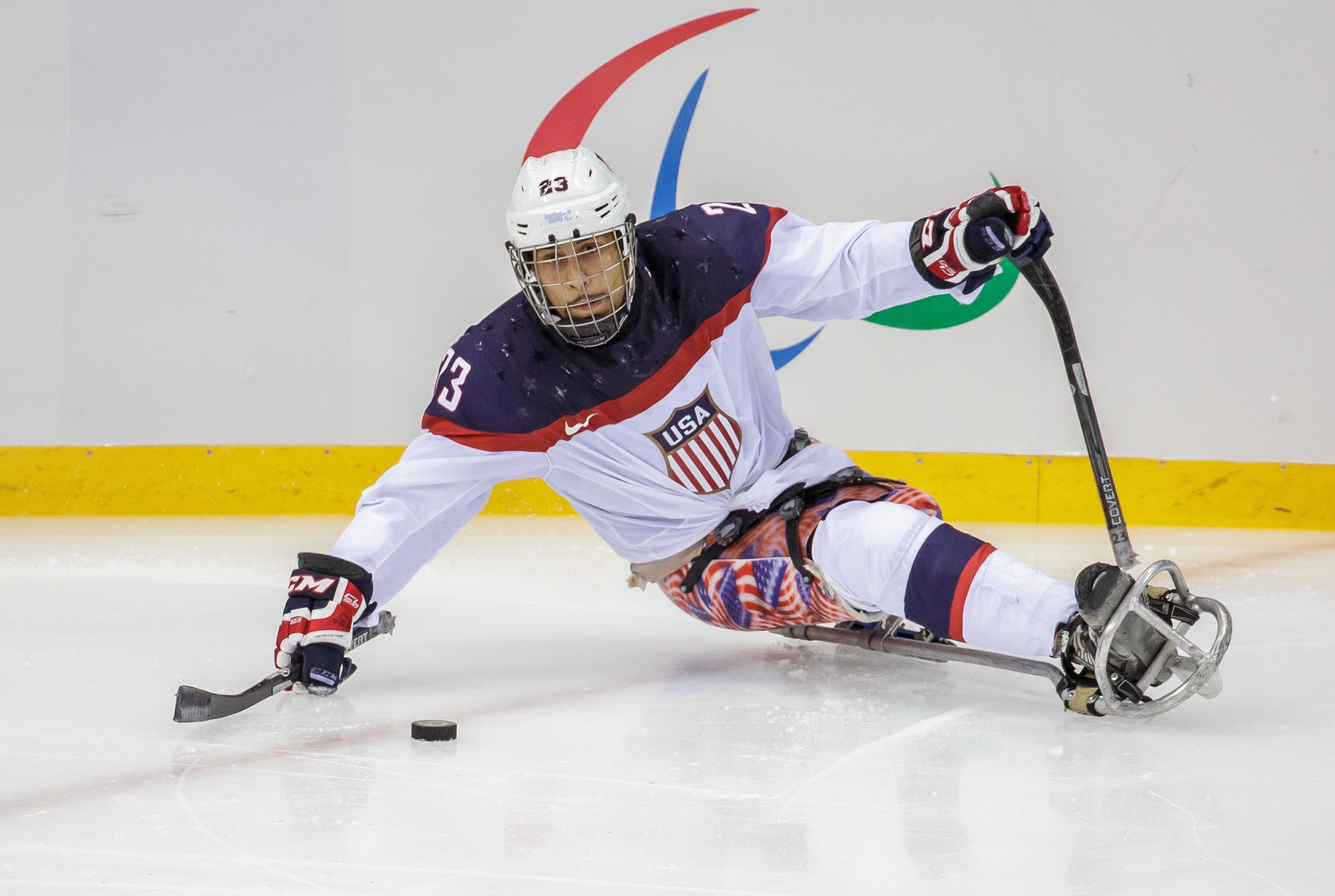 Roman said the connection is strong between the veterans on the team.

“We joke around about our branches of service and we tease each other a bunch with fun banter that goes back and forth, but at the end of the day, we definitely have a tight bond,” Roman said. “We definitely push each other, and we know, with our background where we came from and what we’ve had to overcome just to be on this team."

Roman learned of the sport during his recovery at Brooke Army Medical Center in San Antonio.

A group called Operation Comfort asked if Roman wanted to complete a 150-mile hand cycle ride before he was offered an opportunity to play sled hockey.

“I said no numerous times, and after about the 10th time, I finally gave in,” Roman said. “It was so much fun and what I enjoyed the most was that we had an all-veteran team in San Antonio. Being injured, it really gave me that comradery back.”

Roman was asked to try out for the national team ahead of the Vancouver 2010 Paralympic Winter Games, and while he didn’t make the team, the experience solidified his goal of wanting to play at the international level. Four years later, Roman accomplished that goal by winning a gold medal with Team USA at the Sochi 2014 Paralympic Winter Games to go along with a gold and two silver medals from world championship action. 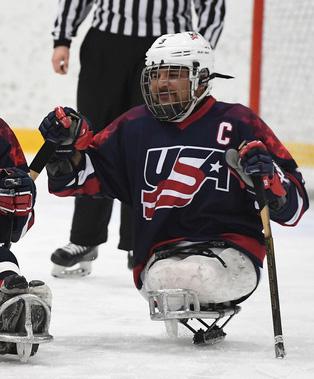 DeQuebec's story is similar. DeQuebec is a bilateral above-knee amputee after he was injured by an IED while serving in the U.S. Marine Corps in Afghanistan in 2012. DeQuebec served 14 years and deployed to Iraq in 2008 and Afghanistan in 2010 and ’12.

He was part of the Warrior Athlete Reconditioning Program at Walter Reed National Military Medical Center, which assimilates veterans back into athletics following their injury.

DeQuebec reminds his teammates never to dwell on the past.“I use the term, ‘always forward,’” DeQuebec said. “We’re always going onto the next objective. The guys don’t rest on their laurels, we’re out there continuing to work and that’s what I like about the dynamic of the guys on the team.

“I tried all the sports they offered, and a couple of guys on the hockey team saw me at the gym and thought I was an athlete,” DeQuebec said. “It took awhile for them to convince me to get onto the ice, but once I did, it was hard to get me off the ice.”

And now, both have the opportunity to represent their country again.

“There’s a special feeling when you go into battle for the guy to the right and left of you, and I feel like that’s what hockey is doing for us right now,” DeQuebec said. “We have a mission and a common goal and we get to play together as one, and that’s what makes it that much more special for us veterans because it gives us back that military-like feeling. I really enjoy the game because it kind of reminds me of serving.

That’s still significant to Roman and DeQuebec, who both plan to spend Veteran’s Day calling relatives, family members and brothers in arms who served.

“I think it’s more a day of getting in touch with each other and just thanking everyone for their service,” Roman said. “That’s what I do.”

DeQuebec reflects on his own service and the sacrifice of everyone in the military. DeQuebec said he makes sure to thank Vietnam, Korean War and World War II veterans when he sees them.

“This weekend is really about that,” DeQuebec said. “There are so many more people out there that make this possible, and it’s not just the guys who are wounded. It’s all the guys who are killed in action and the guys who sacrifice so much, so this is the time we can say thank you.”

They also give DeQuebec and Roman an opportunity to live out a new life playing on the U.S. National Sled Team, which will compete in December’s World Sled Hockey Challenge, the Para Ice Hockey International Tournament in Turin, Italy in January and the 2018 Paralympic Games in PyeongChang, South Korea in March.