Twenty-eight players, including seven members of the gold medal-winning 2017 U.S. National Junior Team, have been named to the preliminary roster for the 2018 U.S. National Junior Team. The announcement was made today by USA Hockey on NHL Network's "NHL Now." The group is auditioning for a spot on the final 23-man roster that will represent the United States in the 2018 International Ice Hockey Federation World Junior Championship from Dec. 26, 2017 - Jan. 5, 2018, in Buffalo, New York.

"This is an accomplished, versatile group of players that has experience winning across all levels of hockey and intends to do so this year on home ice," said Jim Johannson, USA Hockey's assistant executive director of hockey operations and the general manager of the 2018 U.S. National Junior Team. "There is a specific style of play Coach Motzko (U.S. head coach Bob Motzko) and his staff intend to utilize, and while there are still some difficult decisions to make, our staff is excited to begin identfiying a roster that can ultimately win a gold medal in Buffalo."

The players will attend training camp Dec. 15-19 at Nationwide Arena and OhioHealth Ice Haus in Columbus, Ohio, followed by an additional camp in Jamestown, New York, from Dec. 20-23. The U.S. will play pre-tournament games Dec. 20 against Belarus on Dec. 20 at the Northwest Arena in Jamestown and Dec. 22 against Sweden at the Erie Insurance Arena in Erie, Pennsylvania. Both games are set for 7 p.m. ET puck drops and tickets are on sale now here.

NOTES: The final 23-man roster is expected to be named by Dec. 23 ... Media interested in attending Team USA's pre-tournament camp in Columbus, Ohio, from Dec. 15-19 should complete a media credential application by Friday, Dec. 8 ... A total of 26 players named to the preliminary roster have ties to the United States Hockey League, including 13 players who were members of USA Hockey's National Team Development Program in Plymouth, Michigan ... Team USA has medaled in five of the last eight IIHF World Junior Championships, winning gold in 2010, 2013 and 2017, plus bronze in 2011 and 2016. No other nation has won three gold medals in that span ... The United States is seeking back-to-back medal finishes in tournament play for the second time ever (2010 - gold, 2011 - bronze) ... Jim Johannson (Colorado Springs, Colo.), USA Hockey's assistant executive director of hockey operations, is serving as the general manager of the U.S. National Junior Team for the ninth consecutive year ... Bob Motzko (St. Cloud, Minn.), who guided Team USA to its fourth-ever gold medal at the 2017 IIHF World Junior Championship in Montreal and Toronto, Canada, is returning as head coach for the 2018 U.S. National Junior Team. He is joined behind the bench by assistant coaches Greg Brown (Scituate, Mass.), Grant Potulny (Minneapolis, Minn.), Kris Mayotte (Pittsburgh, Pa.) and Steve Miller (Littleton, Colo.), all of whom were part of his gold medal-winning staff a year ago. ... USA Hockey’s international council, chaired by Gavin Regan (Potsdam, N.Y.), vice president of USA Hockey, has oversight responsibilities for all U.S. national teams ... NHL Network is the official U.S. broadcaster of the 2018 International Ice Hockey Federation World Junior Championship, which will take place in Buffalo, New York, Dec. 26, 2017 - Jan. 5, 2018, and include the first ever outdoor game in tournament play when the United States takes on Canada at New Era Field on Dec. 29, 2017... Team USA will play its preliminary-round games against Denmark, Slovakia, Canada and Finland. Quarterfinals will be split between the KeyBank Center and HarborCenter. The semifinal and medal games will be played at the KeyBank Center. For more information about the tournament, including ticket information, click here. 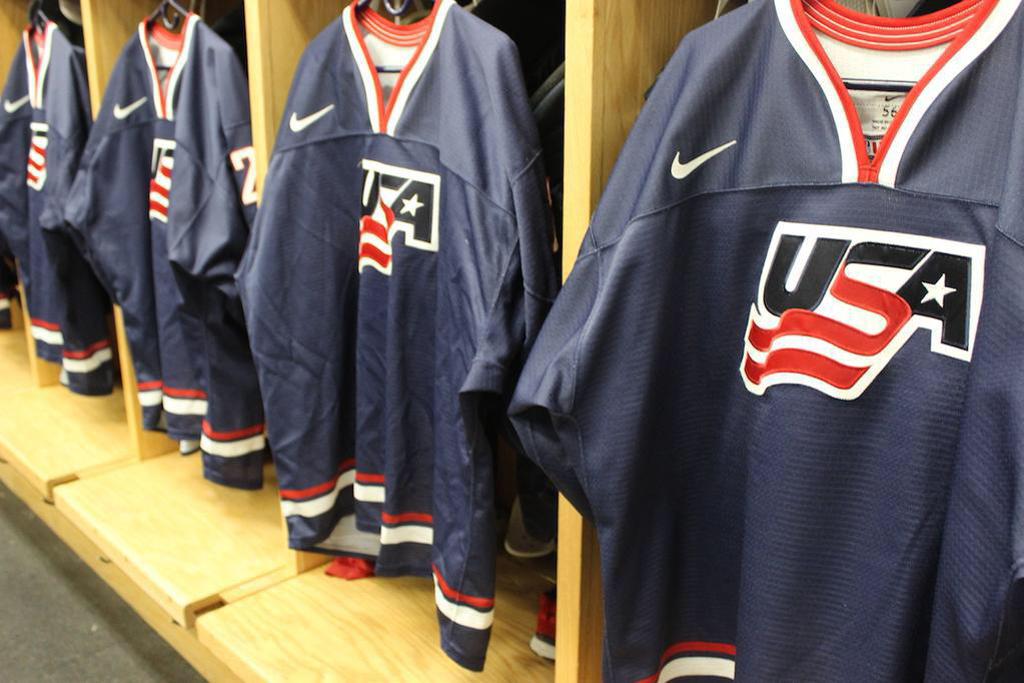