Young core has done a lot of winning together since Sochi

The 17-player roster for the 2018 U.S. Paralympic Sled Hockey Team was unveiled on New Year’s Day, and since then, nearly the entire squad has moved to Chicago, where they’ll be living and training together as a team leading up to the Paralympic Winter Games in PyeongChang, South Korea, on March 10.

Five of those 17 players were already training in the Windy City, playing with the Chicago Blackhawks Sled Hockey club, including 19-year-old Brody Roybal, a massive physical presence on the ice, and 27-year-old Kevin McKee, an agile skater known for his more reserved and calculated play.

With just under two months until the Games begin, the pair, which has been playing together for nearly a decade, provides a strong support of secondary leaders for the squad behind captain Josh Pauls and alternate captains Nikko Landeros and Declan Farmer.

They’re both leaps and bounds ahead of where they were four years ago, when they helped the U.S. skate to gold in their Paralympic debuts in Sochi, Russia.

Roybal, who in 2014 was in his first year with the national team, has gone from a boisterous high school student to a humble, understated and serene athlete who embodies the importance of growing the sport as a young leader for Team USA. Up-and-coming high school athletes — both able-bodied and with a disability — now look up to him.

He was one of the four U.S. players chosen to represent the team at the New Year’s Day announcement, which took place at Citi Field in New York during the second intermission of the National Hockey League’s Winter Classic. 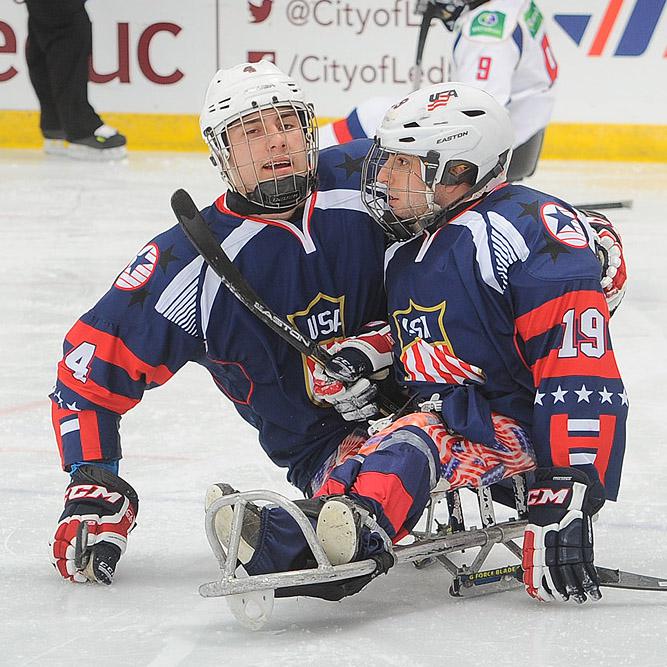 Roybal, left, and McKee, right, celebrate a goal at 2015 WSHC

“We don’t expect anything less than gold,” Roybal said, already in Games-mode. “It meant a lot for the program and the sport that sled hockey has been getting a ton more coverage this year thanks to USA Hockey. It’s going to help grow the sport a lot.”

Not one for small talk, Roybal prefers to just get out on the ice and show what he has to offer the sport.

His stats certainly do all the talking for him.

The former high school wrestler, always fighting for control of the puck, has averaged nearly two points per game over the last three seasons with the national team. Already this season, he led all skaters at November’s Sled Hockey Classic with 19 points (eight goals, eleven assists) as a member of the Chicago Blackhawks and was second among all skaters with 12 points (six goals, six assists) at December’s World Sled Hockey Challenge as a member of Team USA.

His partner in crime, McKee, a scratch/extra forward on the national squad four years ago, now clocks top-line minutes as a patient playmaker up top. He was third on the team with eight points (four goals, four assists) at the World Sled Hockey Challenge

“Now that I’ve played at that level, I know the crowd, I’m definitely more confident, and obviously I know what’s to come and how everything goes with the process,” McKee said of the Paralympic Games. “I’ll still be excited and jacked up to go, but I’ll be more focused this time, instead of being like ‘Oh my God, I’m here.’ Now that I’ve had that experience, hopefully I can do better personally, and we can win it all again." 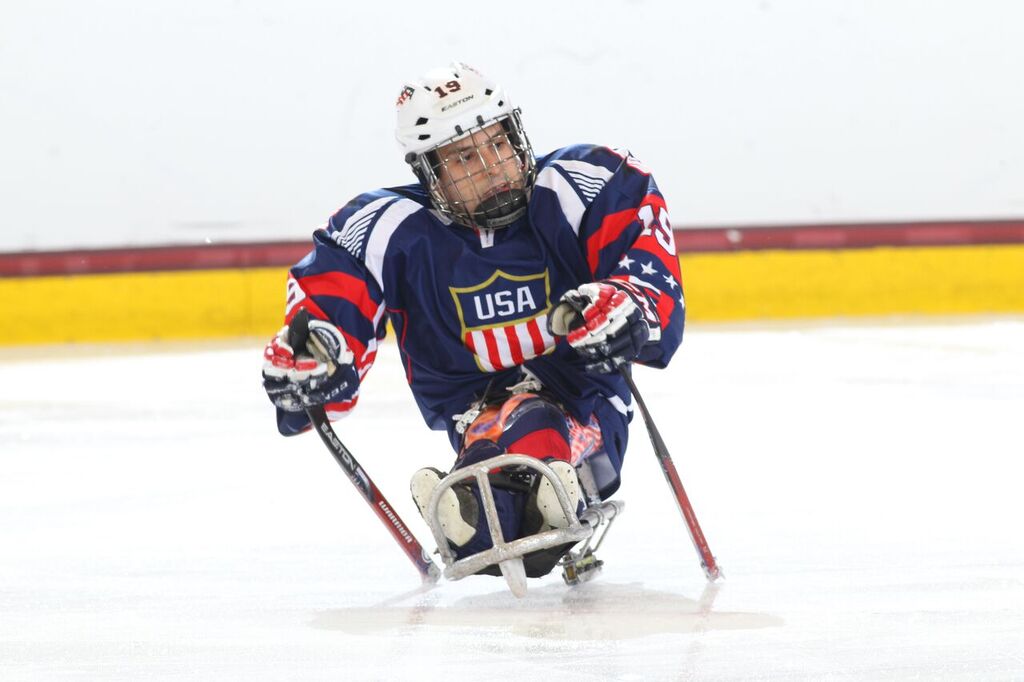 Head Coach Guy Gosselin switched up the lines this season, swapping out leading scorer Farmer from Roybal and McKee’s line for another Chicago native, Josh Misiewicz. This came after the team’s disappointing 4-1 loss to Canada in the gold-medal game of the 2017 World Para Ice Hockey Championships in South Korea.

Roybal and McKee, who practiced daily together at Edge Ice Arena for years before Roybal went off to college, are mature enough now in their careers to know how to bounce back from a tough loss to their rivals like that.

“We’re pretty confident and feel that last year’s worlds were a fluke for us,” McKee said. “We definitely don’t want to have another one of those. This happened in 2013, too, where we lost at worlds and it was an eye-opener. It gave guys motivation, knowing that we can be beat, and made us work harder.

"The chemistry seems to be pretty good right now,” he added. “Me and Brody have played together for so long that we know what each other are going to do right away. We don’t even have to really talk anymore.”

Team USA will be going for its record-extending third consecutive and fourth overall Paralympic title. The Americans opened their 2017-18 campaign with an unprecedented fourth consecutive and tournament-record sixth title at the World Sled Hockey Challenge — beating Canada twice in the process — and will head to Torino, Italy, later this month to compete in the Para Ice Hockey International Tournament.

Beyond that, it will be Chicago chillin’ for Team USA through early March, as the team cooks and cleans together, with McKee chauffeuring everyone around after practice as the squad’s navigator in the city. Just another example of him beginning to embrace a leadership role.