U.S. To Continue Chicago Residency Program ahead of the 2018 Paralympic Winter Games in March

“We learned a lot tonight,” said Guy Gosselin, head coach of the 2017-18 U.S. National Sled Hockey Team. “Give Canada credit, they came out and executed and we didn’t. These were two hard-fought games and now it’s time to go back to Chicago and train together as a team with our sights set on the Paralympics in March.”

The U.S. National Sled Hockey Team will return to Chicago where it will continue its residency program with daily practices at West Meadows Ice Arena in Rolling Meadows, Illinois. The 2018 U.S. Paralympic Sled Hockey Team opens play in the 2018 Paralympic Winter Games next March.

Canada opened the scoring just 34 seconds into the game when Tyler McGregor fired a long-range shot from the top of the left circle over Cash’s outstretched glove.

The U.S. continued to apply pressure in its attempt to even the score. Declan Farmer (Tampa, Fla.) saw a pair of chances in the slot both sail just wide of goal while Cash made a flurry of saves to keep team within one.

With 33 seconds remaining in the opening period, Steve Arsenault doubled Canada’s lead, 2-0, after his shot from just inside the blue line sailed into the top left corner of the net.

In the middle stanza, the U.S. was able to take control of the play and nearly got on the scoreboard when a give-and-go passing play between Brody Roybal (Northlake, Ill.) and Josh Misiewicz (La Grange, Ill.) resulted in a high quality scoring chance that ultimately was denied. Shortly thereafter, Rico Roman (Portland, Ore.) scored when he carried the puck into the zone and skated around a Canadian defender before his low shot rang off the post and into the corner.

Bob Delaney was able to push Canada’s lead to 3-0 with 5:53 to play in the frame when he converted a passing play from Rob Armstrong.

Despite a pair of power plays in the final stanza, the U.S. could not convert in its first shutout loss of the season. 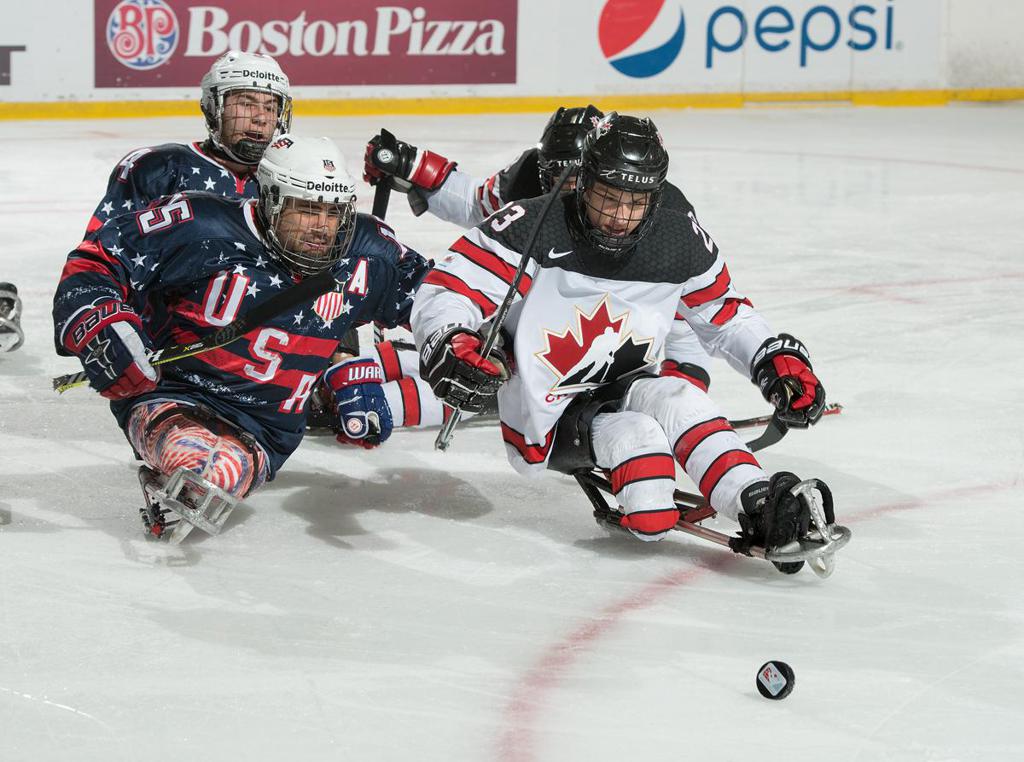