Catching Up with the Granatos, American Hockey Royalty

Cammi, Don and Tony Granato have all had a massive impact on USA Hockey

It’s fitting that one of the United States’ most influential hockey families started at a hockey game.

Don and Natalie Granato began their relationship at a Chicago Blackhawks game, and went on to raise a hockey-mad family that played or coached at the top levels of the sport. 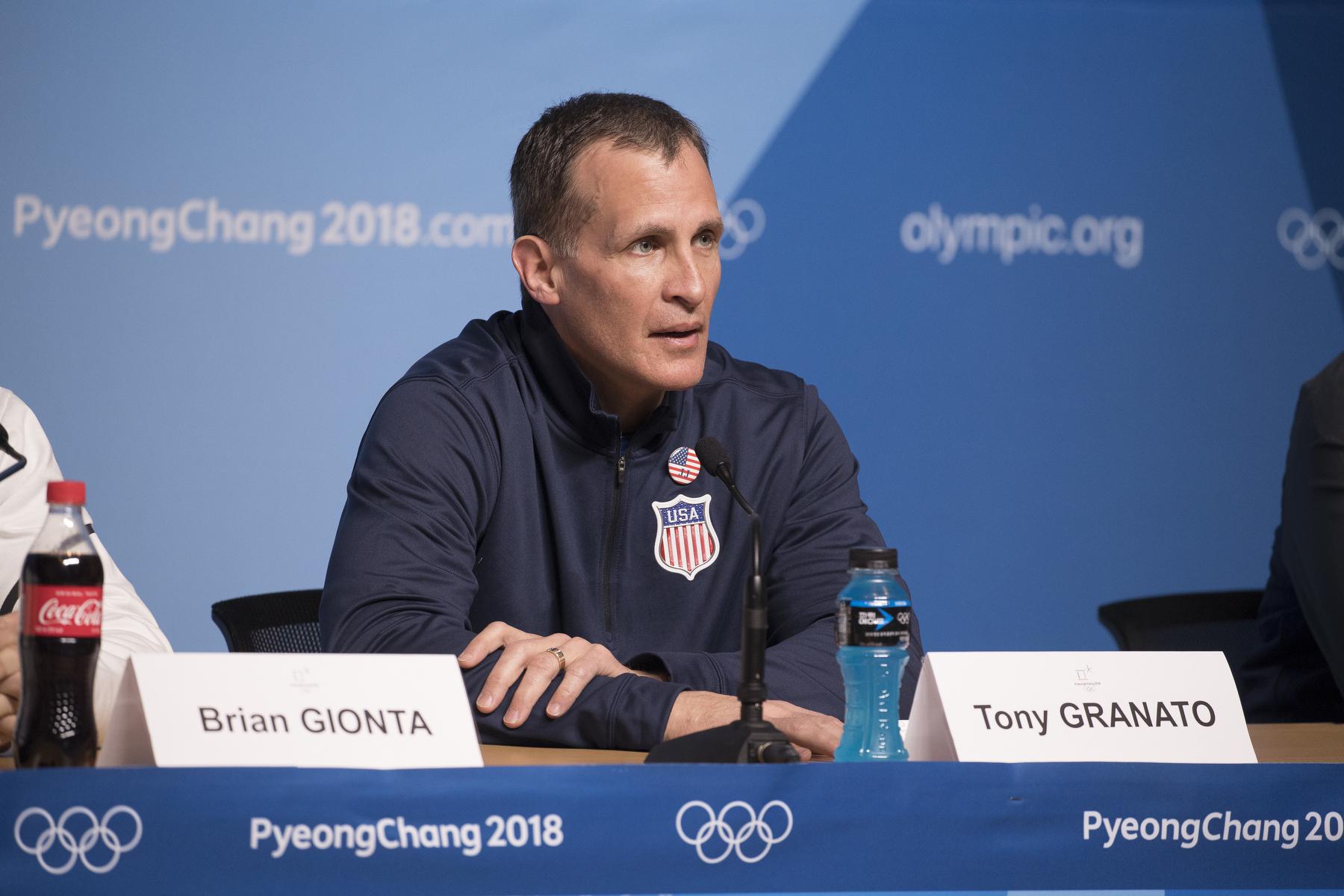 Tony Granato had a 13-year NHL career and represented the U.S. at the 1988 Olympic Winter Games before getting into coaching. He spent three years as head coach of the Colorado Avalanche (2002-04 and 2008-09) and was an NHL assistant for seven more years before taking over in 2016 as the head coach at the University of Wisconsin, his alma mater.

Younger brother Don Jr. would also play at Wisconsin and then go into coaching, winning the ECHL’s Kelly Cup with Peoria in 2000 and spending six years as an AHL head coach. He also coached the USA Hockey National Team Development Program from 2013-16 and is currently an assistant for the Blackhawks.

And sister Cammi, seven years younger than Tony and four younger than Don, went on to become one of Team USA’s top players ever, helping the U.S. win the gold medal at the Nagano Games in 1998, the first one featuring women’s hockey, and claiming one gold (in 2005) and eight silver medals at the Women’s World Championships.

If the name Granato is synonymous with hockey in the minds of fans, it’s the same way for the Granatos themselves.

“When I think about hockey, I don’t ever remember it not being there,” said Cammi, who is living in Vancouver and married to former NHLer and current hockey broadcaster Ray Ferraro. “I was the fifth of six kids, so when I was born, there was a love there already. My dad and my mom, I think their first date was at a Chicago Blackhawks game. My dad, his father had season tickets. My mom had put me in figure skates, thinking that’s what I would do, but I had no interest. Anything my brothers did, I wanted to do. I tagged along with them everywhere.”

The siblings’ love for the sport was further developed by engaging in some heated hockey games in the basement of their house in Downers Grove, Illinois. Also playing was their brother Rob, who skated two seasons at the University of Wisconsin, while sister Christina usually didn’t participate but, “She was always cheering for us and being our biggest fan,” according to Cammi. The Granatos also have another brother Joe, who is much younger and never played hockey.

“We had pretty competitive games,” said Tony, who scored 248 goals and 492 points in 774 NHL games for the New York Rangers, Los Angeles Kings and San Jose Sharks from 1988-2001. “That’s where we spent the most time when we were at home, down in the basement playing ball hockey or tape-ball hockey. It was usually me and Cammi against Donnie and Robbie because I was the oldest and Cammi was the youngest of us four. We were lucky because we all loved hockey.”

Cammi confirms that the games in the basement could get pretty intense – and that it was usually her, as the youngest and the only girl playing, who ended up getting hurt.

Tony remembers that in addition to Cammi getting hurt on occasion, so did many other things in the basement. 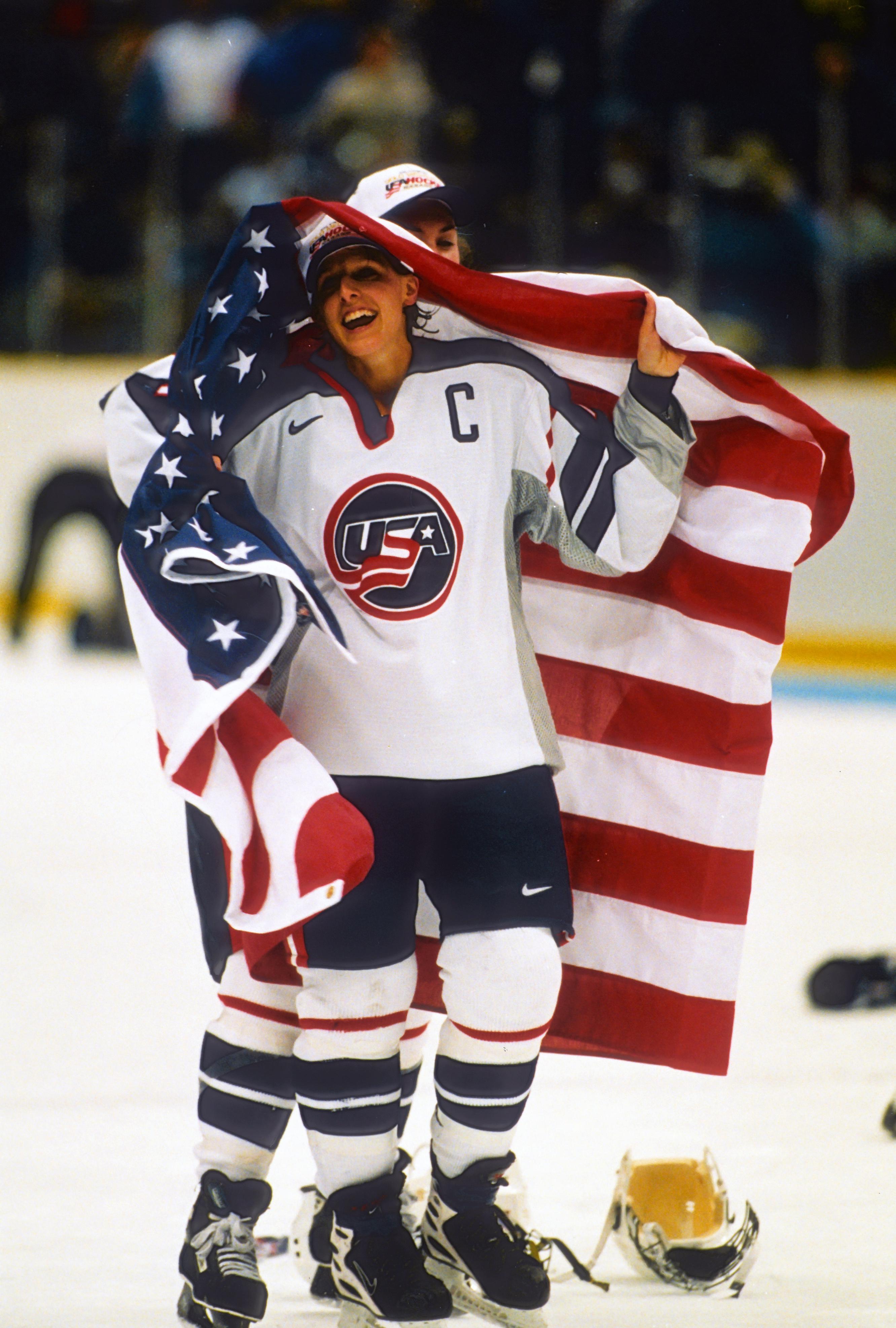 Cammi Granato captained the U.S. to the gold medal at the 1998 Olympic Winter Games in Nagano, Japan 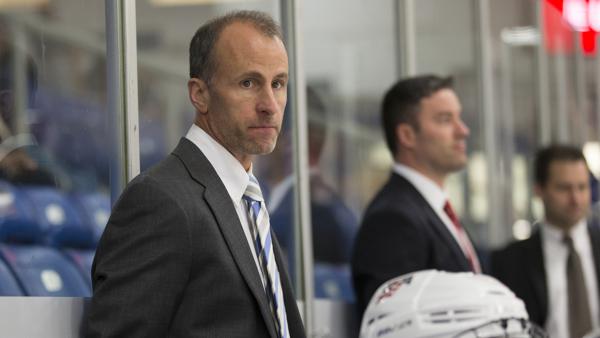 “My parents were great from the standpoint that they let us be kids,” he said. “Cammi was definitely the toughest one. When she did get hurt, we kept it away from mom and dad, otherwise we were afraid she wouldn’t be able to play with us. There were lots of times when things were broken and people were banged up and maybe even a little bloodied, just from the games and how competitive they got. But they were great.”

Tony and Cammi each pointed to Don as someone they respect and look up to given what he’s accomplished as a coach.

“Donnie was the brains of the operation. He was so cerebral,” Cammi said. “And for me growing up, as I advanced through hockey, Donnie was the one who could talk you through mentally, say, if you got in your own head or you were having trouble, anything. He was a guy you could have a lengthy conversation with and you’d feel so much better when you were done.”

It was a dream come true when Don joined Tony’s coaching staff at Wisconsin for the 2016-17 season.

“That was great. It was one of the things I always wanted to do,” Tony said. “He became a coach before I did. I just admired who he was as an innovator in the game and how well he was able to break down the game in a unique way.

“So when we did get a chance to get on the same bench here two years ago at Wisconsin, it was very special. In my opinion, he’s a head coach. I think he’s going to go on and have a great career in the NHL.”

As fun as that was, though, Don left that summer to join the Blackhawks, which was another big event for the family. None of the Granatos had ever had any formal link to the hometown team before.

“It was [a big deal], especially for my dad, just with the history with his family and the love for the Blackhawks all our life,” Cammi said. “He was just beaming. And my parents, they stay in Chicago a little bit longer, before they head down to Florida, now.”

Cammi is not formally involved in the game right now as she focuses on being a mom to sons Riley [11] and Reese [8], but she hopes to get back into it again sometime soon. She already has some broadcasting experience with NBC, serving as a color commentator for the women’s tournament at the 2010 Olympic Games, and believes that might be the path she ultimately rejoins.

“I definitely have a desire to,” said Cammi, who also has two step-sons – Matt, 30, and Landon Ferraro, 27, who plays in the Minnesota Wild organization. “Now that the kids are getting a little bit older, the TV stuff is starting to resurface a bit and I’m starting to think about what works for us. Broadcasting would probably be the most, I guess, fitting right now, the way our lifestyle is with the kids. That might be down the road, but not yet. But the love for it is there. And we’re still so involved, because my husband does it, my step-son Landon is still playing and obviously, my siblings are still in it.”