Reaching 1,000 regular-season games played in the NHL is something in the 100-plus year history of the league that is rare as evidenced by just more than 300-plus athletes being part of that elite club.

Ryan Suter and Ron Hainsey, defensemen for the Minnesota Wild and Toronto Maple Leafs are two who accomplished the feat this season and the first two alumni of USA Hockey’s National Team Development Program to reach the milestone.

“It’s not something you really think about, but it’s neat to know that I was one of the first guys, so it’s pretty exciting,” Suter said.

“I hadn’t thought about that angle to be honest,” Hainsey said. “There’s a lot of luck involved, being able to play this long, avoiding injuries and things like that. But obviously, my two years [at the NTDP] and being part of the first group was very important in my journey to this point.”

The 33-year-old Suter, a native of Madison, Wisconsin, reached the feat Oct. 25 at home against the Los Angeles Kings, while Hainsey, 37, of Bolton, Connecticut, did the same seven days later on Nov. 1 when the Maple Leafs hosted the Dallas Stars. 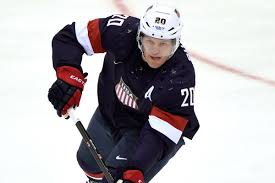 Hainsey was a pioneer of the highly-successful NTDP, started in 1996 by USA Hockey.

“They went around the first class and tried to get the 46 or 47 best players they could,” Hainsey said. “I signed on rather early, and it was a great time.” 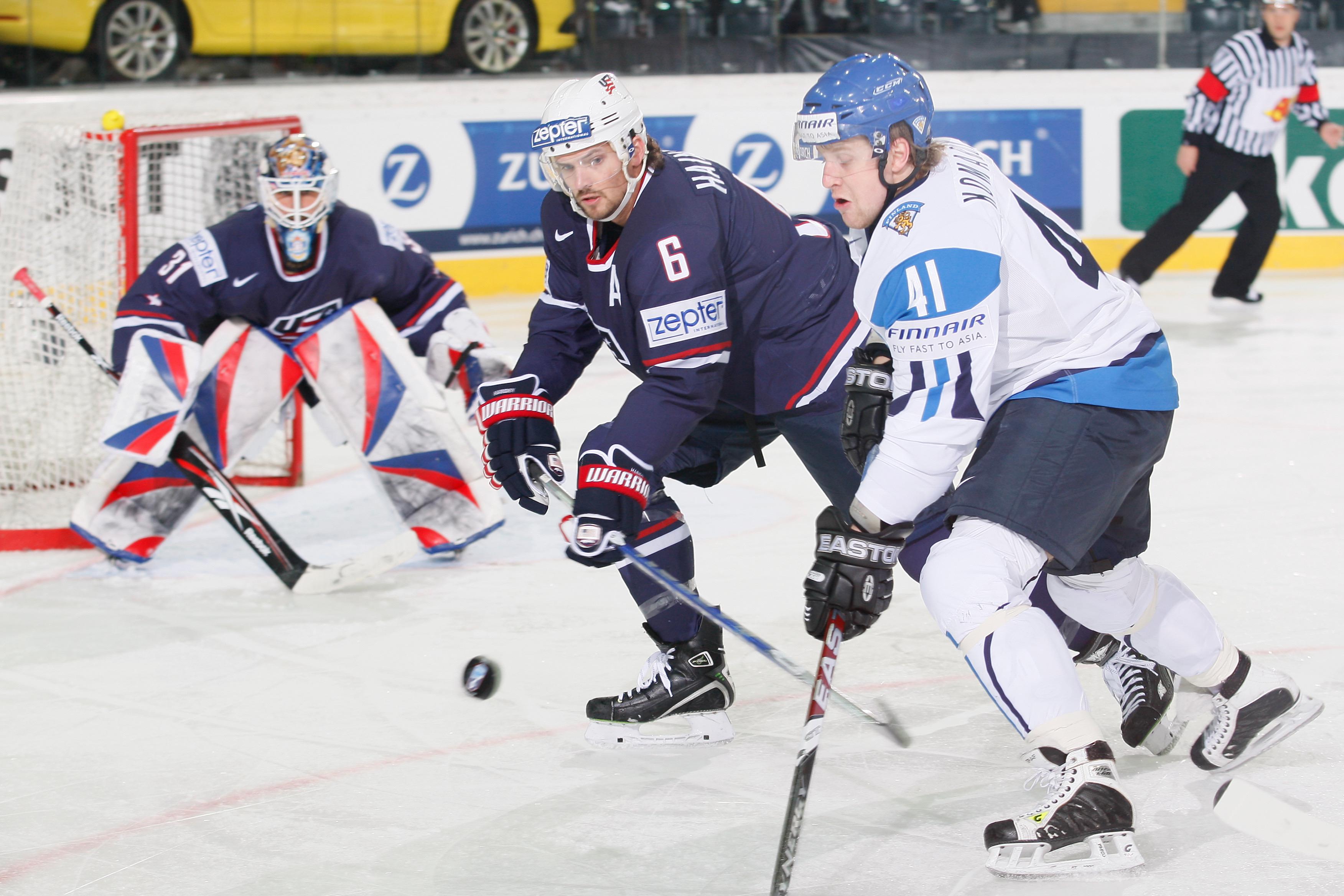 “The people who were there, and whose brainchild it was, Jeff Jackson, Bob Mancini and those guys, they weren’t there long to see what the payoff would be,” Hainsey said. “But make no mistake, those guys were a huge part of the base and foundation. That whole first group was a huge part of my road to where I’m at now.”

Hainsey, who won a Stanley Cup with Pittsburgh in 2017, has played for seven different teams including the Maple Leafs. Hainsey was the second-highest NTDP player drafted at the time when Montreal picked him at No. 13 overall in the 2000 NHL Entry Draft.

“It’s pretty wild, [coming from the NTDP] a little more than 20 years later,” Hainsey said. “How many guys have come through, and how many great players have come through over the years. It has been much improved international success the country has had since [the NTDP’s] inception.”

Suter, whose career took off at the NTDP, comes from a hockey family. His late father, Bob, was a member of the 1980 Miracle on Ice hockey team that defeated the Soviet Union prior to capturing the gold medal against Finland in the Olympic Winter Games in Lake Placid, New York, while his uncle, Gary played more than 1,000 games in the NHL with three different teams. Both are in the U.S. Hockey Hall of Fame.

“I was at Culver Military Academy, then went up for a tryout and made the team,” Suter said. “I guess the rest is history.”

Suter played two years with the NTDP from 2001-03, scoring four goals and 19 points in 44 games. He followed it up with a year of college hockey at the University of Wisconsin.

“I think the biggest thing was just being able to play international play,” Suter said. “You got to play against the top players from every other country.”

Suter was selected No. 7 overall in the 2003 NHL Entry Draft by the Nashville Predators. He stayed with the Predators for seven seasons until signing with Minnesota as a free agent prior to the 2012-13 season.

It all stemmed from a decision to join the NTDP.

“I enjoyed my time there,” Suter said. “I think it helped me grow as a person and made me a better hockey player. I think it helped kind of put me on the map hockey-wise and got me a lot of exposure.”