It was a wild year for Minnesota Wild forward Jordan Greenway.

In 2017, Greenway captured gold in the World Junior Championship, and then he followed it up in 2018 by making Team USA hockey history at the Olympic Winter Games in PyeongChang, South Korea. As if that wasn’t enough, he then took the ice in the NCAA Tournament with Boston University before making his NHL debut with the Wild shortly thereafter.

Playing on so many of hockey’s biggest stages is something Greenway said he never expected coming from Canton, New York, which carries a population of 10,000.

“I came from a pretty small town, and growing up, everyone wanted to play in the NHL, but in reality, I had no idea how to get there,” Greenway said. “I just kind of followed my heart, followed what I wanted to do and found a path for myself to get here.”

Greenway, a 6-foot-6, 230-pound forward, helped Team USA capture a fourth gold medal during the 2017 IIHF World Junior Championship in historic fashion. The Americans rallied from a pair of two-goal deficits to defeat Canada in a shootout during the gold-medal game in enemy territory in Montreal. 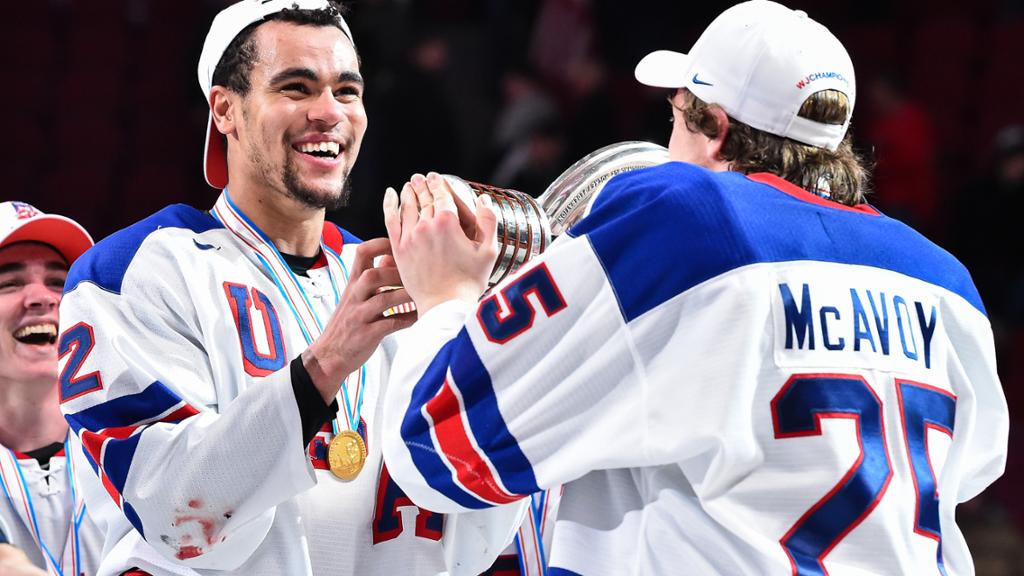 “The experience of playing for USA Hockey and wearing the Team USA jersey never gets old,” Greenway said. “Every time it’s unbelievable, and hopefully in the future I’ll be able to do it again soon.”

Greenway was selected to represent the U.S. at the 2017 IIHF Men’s World Championship in Cologne, Germany, where he appeared in eight games for the U.S. Men’s National Team.

And again, it wasn’t long before he donned the red, white and blue.

Greenway, playing at Boston University at the time, earned the opportunity to compete on the U.S. Olympic Team as an amateur athlete because the NHL opted not to send its professional players to compete in the Games in 2018.

The U.S. finished seventh in the Olympic tournament, after a heart-breaking loss to the Czech Republic in shootout in the quarterfinals, but it didn’t diminish the experience for Greenway, an alumnus of the USA Hockey National Team Development Program.

“It was unbelievable,” said Greenway, who scored a goal in Team USA’s Olympic opener against Slovenia. “I never thought growing up that I’d play in the Olympics, especially before I graduated college. We went over to South Korea, it was a great time and a great experience. We didn’t do as well as we wanted, but I learned a lot and gained a lot of confidence.”

Greenway carried that confidence back to BU where he helped the Terriers capture the Hockey East Tournament championship and advance to the NCAA Tournament where his team fell in the regional final.

“We didn’t have the outcome that we wanted, but overall it was a great season,” Greenway said.

Following BU’s regional final loss, Greenway signed an entry-level contract with the Wild and made his NHL debut the following day. The next month, Greenway played his first career playoff game, becoming the first player to play in the Olympic Games, an NCAA tournament and the Stanley Cup Playoffs in the same season.

“Coming to play in the playoffs, it was good for me,” Greenway said. “It was good, especially for this year because I had a little bit of experience and I didn’t have to come in cold. Overall, it was a very exciting year.”

Greenway even added a goal in Minnesota’s Game 3 win over Winnipeg. Greenway has since become a regular for the Wild, playing in all but one game thus far in 2018-19, chipping in nine goals and eight assists.

Adding to the excitement was another history-making effort for Greenway during his big year when he became the first-ever black player named to a U.S. Olympic hockey roster. 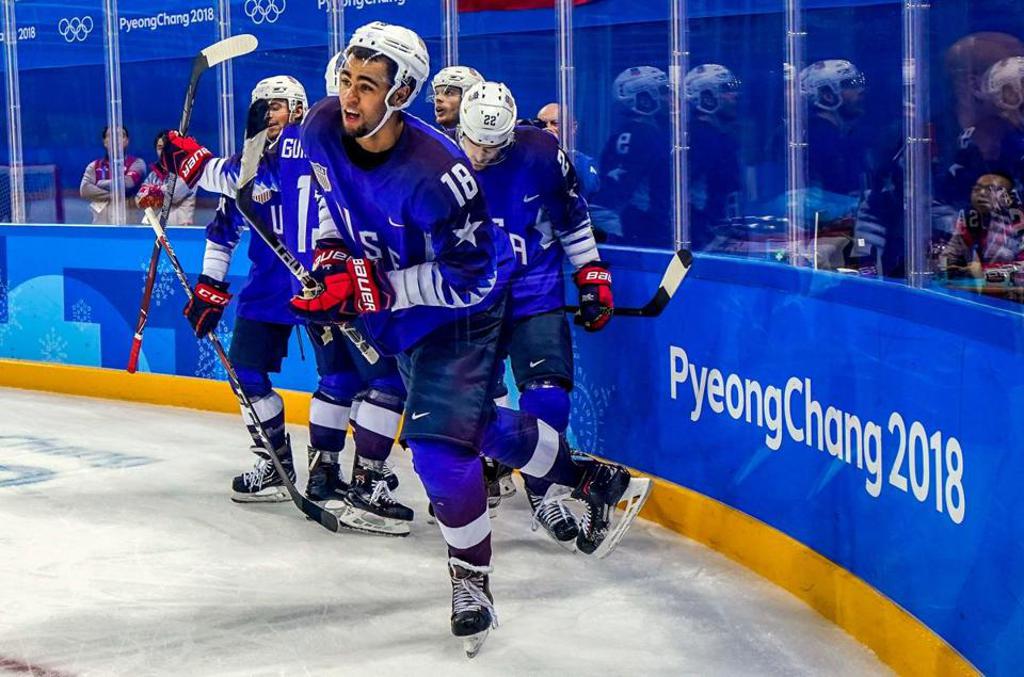 Greenway celebrates after a U.S. goal at the 2018 Olympic Winter Games.

“It was special,” Greenway said. “It’s not something I even realized at the time.”

But it’s an accolade that meant a great deal to Greenway following his significant run to the NHL.

“It’s pretty special knowing that there’s a kid who wishes they were in my position just the way I did when I was their age,” Greenway said. “It was great and to this day it will go on for the rest of my life, and it will always be something that’s very unique for myself and my career.”