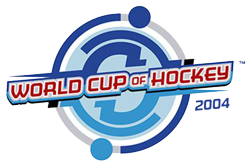 The second World Cup of Hockey took place in August-September, 2004. Team USA played preliminary round games in Montreal, Quebec, Canada, and St. Paul, Minn. The U.S. advanced to the semifinals after defeating Russia, 5-3, in the quarterfinals, where it fell to Finland, 2-1.