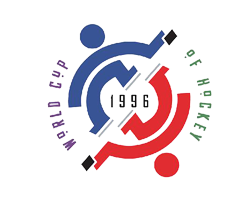 The World Cup of Hockey began in 1996 as a successor to the Canada Cup. Team USA played preliminary round games in Philadelphia and New York before heading to the semifinals in Ottawa, Ontario. The first game of the best-of-three finals took place in Philadelphia where the U.S. fell to Canada 4-3 in overtime. The U.S. came back and won the next two games in Montreal to win the inaugural World Cup of Hockey.

Inside the Glass: Broseker’s View of the 1996 World Cup Finale