Forward Luke Kunin (Chesterfield, Mo./Minnesota Wild/University of Wisconsin) from the NHL’s Minnesota Wild has been added to the roster of the 2019 U.S. Men’s National Team it was announced today by USA Hockey.

Kunin started the 2018-19 season with the Wild’s AHL affiliate, Iowa, where he played 25 games (9G, 7A) before being called up to the Wild and playing the final 49 games (6G, 11A). Following the Minnesota Wild’s regular-season, Kunin returned to the Iowa Wild and played in 11 playoffs games with six goals and two assists.

Kunin has two gold medals to his credit on the international stage in IIHF events, including serving as captain of both the gold medal-winning 2017 U.S. National Junior Team and the 2015 U.S. Under-18 Men’s National Team.

A product of the USA Hockey National Team Development Program, Kunin played two seasons of college hockey at the University of Wisconsin following his time at the NTDP.

With the addition of Kunin to its roster, the U.S. is now at the maximum 25 players allowed, including three goaltenders, eight defensemen and 14 forwards. 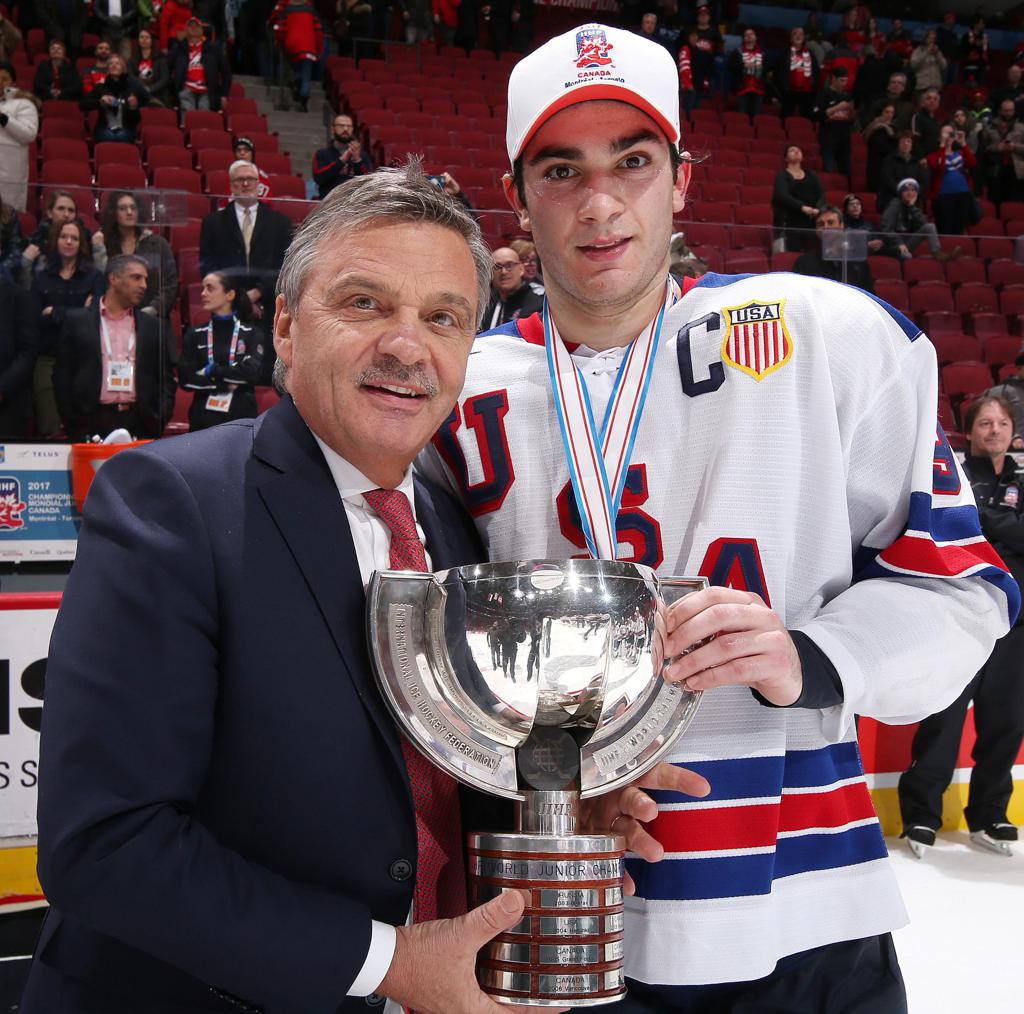