BRATISLAVA, Slovakia – The U.S. Under-18 Women’s National Team, which had a 51-10 shots-on-goal advantage, opened the 2020 IIHF Under-18 Women’s World Championship with a 4-1 win over Finland here today at Ice Rink Vlado Dzurilla.

“I thought it was a really good start to the tournament for us,” said head coach Maura Crowell (Mansfield, Mass.). “It was a lot of people’s first time wearing the uniform on a big stage. As you watched the game, we got better and better as the periods went on. That’s what we talk about as part of our program. We want to improve and constantly get better and I think we did that.”

Abbey Murphy (Evergreen Park, Ill.), who is a member of the U.S. Under-18 Women’s National Team for the third straight year, opened the scoring on the power play when she put a shot from her knees high over the shoulder of Finnish goaltender Kiia Lahtinen to give Team USA a 1-0 lead at the 10:36 mark of the first period.

Finland equalized just over a minute later with a power-play tally of its own, but goals from Clara van Wieren (Okemos, Mich.) and Audrey Wethington (Edina, Minn.) in the second period gave the U.S. a 3-1 advantage heading into the final frame.

Thirty-seven seconds into the third stanza, Rory Guilday (Chanhassen, Minn.) fired a shot from the blue line through traffic and past Lahtinen to round out the scoring and account for the 4-1 final.

Skylar Vetter (Lakeville, Minn.) stopped nine of the 10 shots she faced in the victory.

NOTES: Kiara Zanon (Fairport, N.Y.) was named the U.S. Player of the Game … Eight skaters tallied points in the victory, with Lacy Eden’s (Annapolis, Md.) two-point effort (0-2—2) leading the way. … Lacey Eden and Abbey Murphy each had seven shots on goal for Team USA, while Makenna Webster (St. Louis, Mo.) had six … Team USA was 1-for-4 on the power play, while Finland was 1-for-3 … For more information about the tournament, click here. 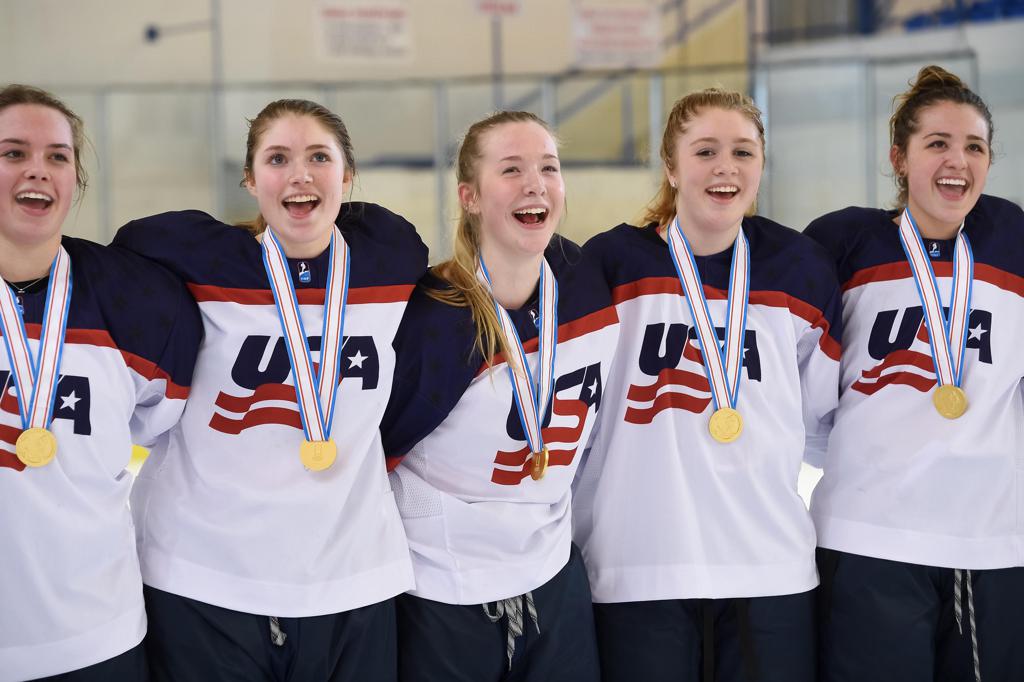