Minneapolis was where it started feeling authentic for David Hoff.

That was the first stop for the U.S. National Sled Team’s North Dakota-based head coach on his way to Madison, Wisconsin, to get to the first of four training camps before June’s Para Ice Hockey World Championship. However, the journey to get back to competition for the three-time defending Paralympic gold medalists has lasted much longer than a simple trek across the upper Midwest.

For the next few months, it’s all about gelling and reducing a deep pool of 22 players to 17 for a return to Ostrava, Czech Republic, where Team USA claimed gold in 2019.

Hoff and his players agree they can only really tap into that competitiveness when they are physically together.

At first, the easiest part was depositing that moment in the memory bank and looking forward to the next event, but four weeks later that kept being an “if” instead of a “when.” So the 2020 Sled Series had to hold up as a fond memory for 13 months.

The pandemic and its side effects reached a point where ordinary and out-of-the-ordinary traded outfits. U.S. captain Josh Pauls (Greenbrook, N.J.) realized this last week when he was anticipating the in-person team activities before even leaving his St. Louis home.

“I think the best thing was when I kind of sprung out of bed that morning,” he said. “My fiancée was wondering like why I was up so early when my alarm went off.”

For Pauls and Wallace alike, simple pleasure held sway over what is normally a stressor that precedes the payoff at the rink. 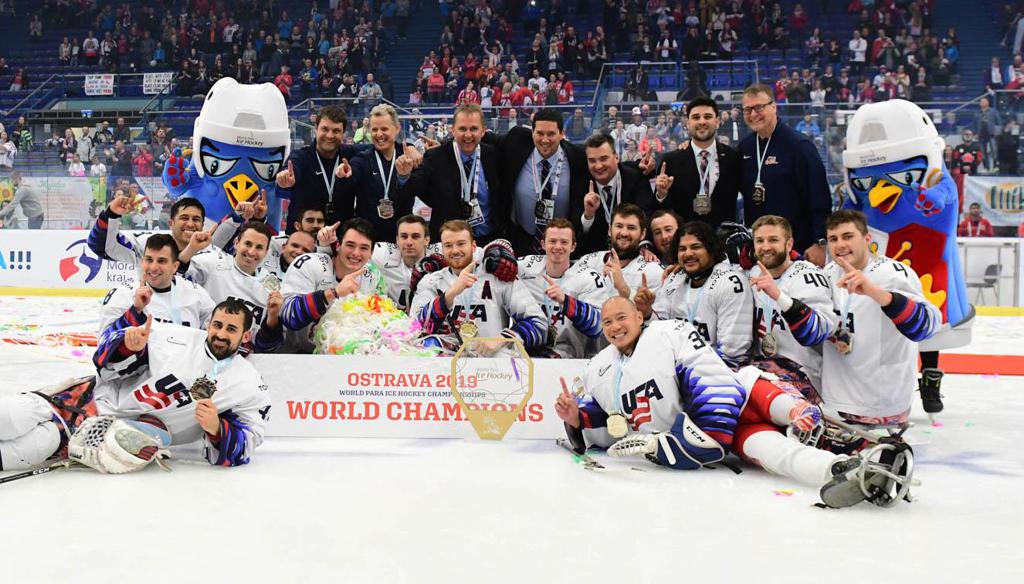 “Obviously travel days are never fun,” said Wallace. “But when it comes to this, after waiting so long, I was excited the whole time.”

He continued, “Once I got here and started seeing some of the guys, it was just all smiles, all excitement.”

“It almost feels like my first camp again,” added Pauls, owner of three Paralympic and four world championship gold medals. “You don’t really know what you have until it’s gone.”

Wallace knows that all the more, having shelved his dream of becoming a two-season Paralympian, at least for this cycle. He had been vying for a spot on the para-canoe team ahead of the 2020 Tokyo Paralympic Games, but a local lockdown inhibited his training.

Then while New Jersey started reopening in the early fall, he underwent reconstructive elbow surgery. 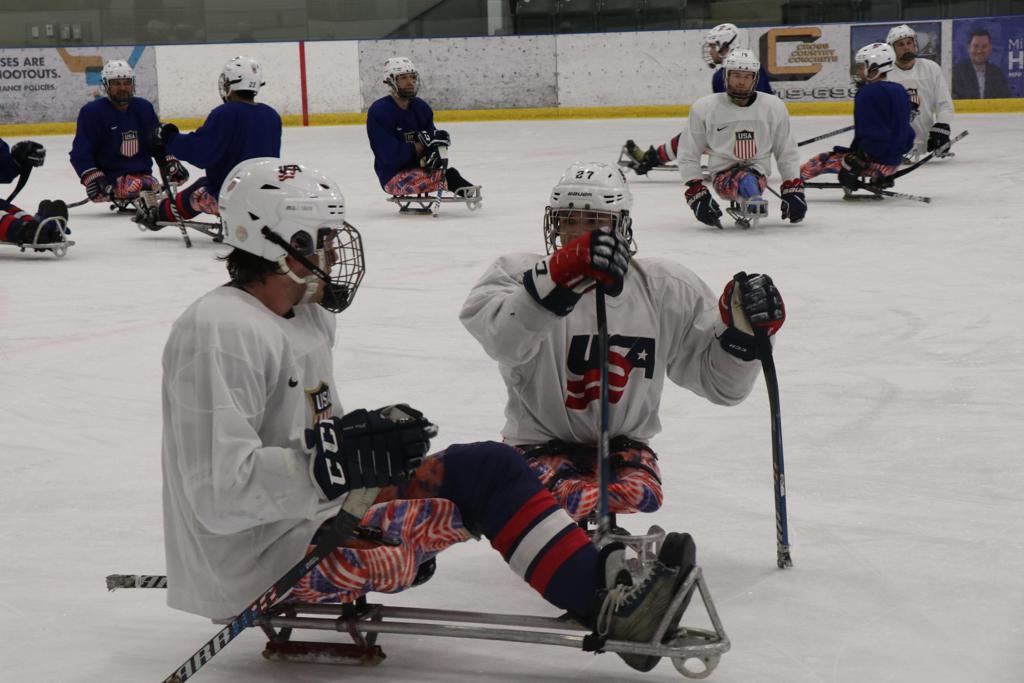 Wallace and Pauls are trying to help the team repeat as champs.

Amidst his rehab, Wallace chose to focus exclusively on hockey for the 2022 Beijing Paralympic Games. That said, his first shots post-op scored the sport some publicity. In December, the NHL and Hockey Night in Canada tweeted a clip of Wallace’s golden retriever fetching pucks from the net under the awning alongside his house.

With Zoom, additional video savvy kept the club together while they were scattered. Hoff claims, “I’m not the most connected person, social media-wise.” But Pauls counters, “Coach Hoff took the initiative” of arranging countless calls with assorted purposes.

Sometimes it was assistant coach Corey Gorder drawing up tactics for the defensive unit. Other times Hoff, an educator by nature and trade, went one-on-one with training tips for a player. Occasionally, Pauls picked up on how a teammate was uniquely using his local offerings to stay sharp.

Everyone’s work and desire for full-fledged action showed especially Thursday night when the 22 hopefuls — who were already spaced over multiple locker rooms for precautionary distance — split up for a scrimmage.

Pauls pushed through the grinding, 4-on-4 contest of two 40-minute halves while taking glimpses at a scoreboard that signaled a slower passage of time than he realized. Time does not always fly when one’s having fun.

With naturally shorter benches to each side, and with everyone engaged in their first all-world-class game in a year-plus, the captain admitted, “Eventually I think guys started getting a bit tired toward the end.”

But maybe most tellingly, “I don’t think you saw anybody trail off.”