The U.S. Olympic Women’s Ice Hockey Team opens its Olympic schedule Thursday against Finland in the first of four preliminary round games. Puck drop is slated for 8:10 a.m. ET (9:10 p.m. local) and will be broadcast on USA Network.

The U.S. begins Olympic play against Finland to mark a stretch of three games in four days. Team USA is 8-0-0 against Finland in the Olympic Winter Games (see game-by-game breakdown below) and the 2022 Olympics marks the third straight in which the two teams have opened Olympic play against one another. The U.S. and Finland last met in the 2021 IIHF Women's World Championship, with the U.S. winning both contests by identical 3-0 counts. 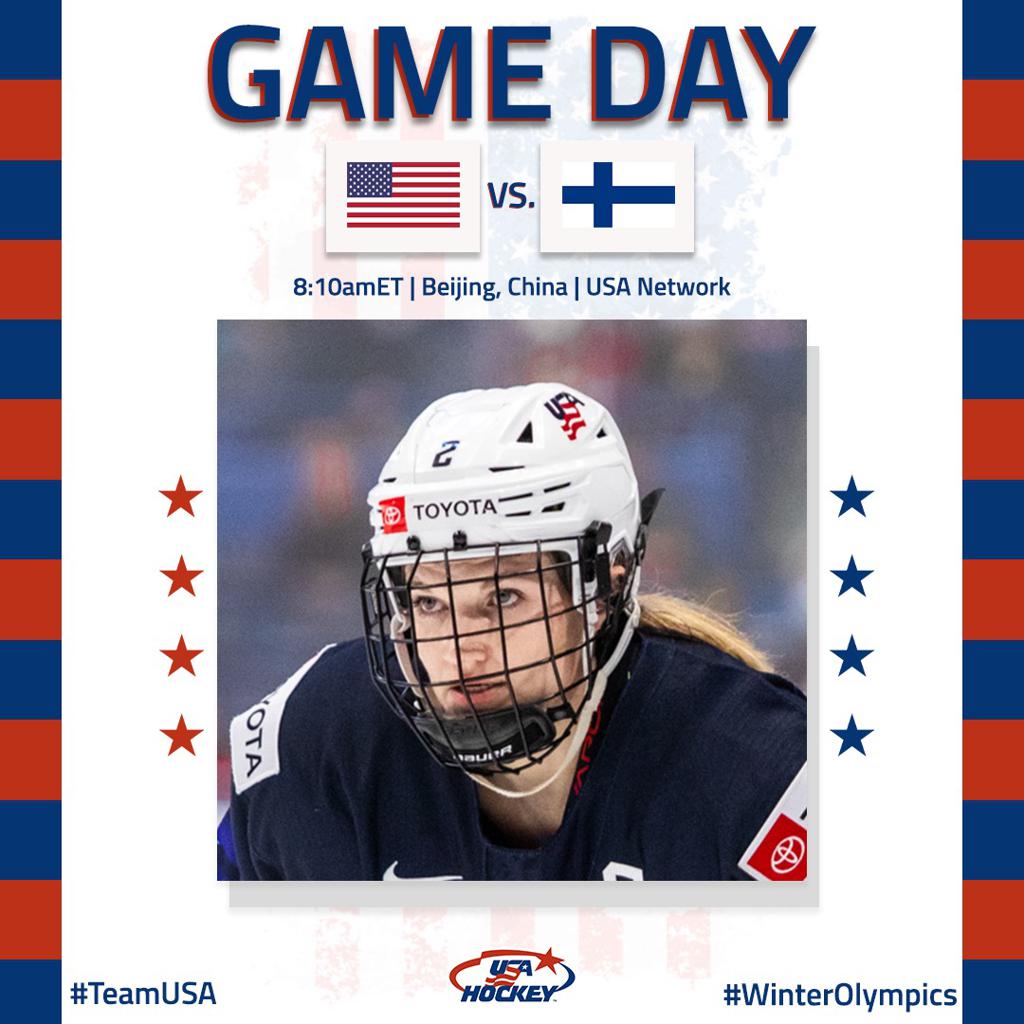 Team USA is 6-0-0-0 all time in the opening game of Olympic play. The 2022 opener marks the earliest in the calendar the U.S. women have ever played an Olympic hockey game.

Team USA enters the Olympics as the defending gold medalists for the first time in 20 years. The U.S. topped Canada, 3-2, in a shootout to take home gold in PyeongChang in 2018. Outside the Olympics, the U.S. has won eight of the last 10 IIHF Women's World Championships.

Forward Hilary Knight (Sun Valley, Idaho) has at least one point in each of the last four games the U.S. played heading into the Olympics. A four-time Olympian, Knight is no stranger to the big stage with 17 Olympic points (six goals, 11 assists), fifth-most in U.S. Olympic women's hockey history.