Spot in gold-medal game on the line

Team USA advanced to the semifinal round by defeating the Czech Republic, 4-1 on Friday at the Wukesong Sport Center. The team found itself in a 1-0 hole early in the second period, before ripping off four unanswered scores. Hilary Knight, Lee Stecklein, Savannah Harmon and Kendall Coyne Schofield recorded the scores for the U.S., as Alex Cavallini posted a five-save game in net. Team USA held the Czechs shotless in the first, outshooting them 59-6 on the game.

The U.S. will face Finland in the semifinal round for the second consecutive Olympic Winter Games. The meeting marks the 10th overall Olympic meeting between the two teams with the U.S. holding a 9-0-0-0 record. The U.S. and Finland last met in the opening preliminary round game in Beijing, with Team USA coming out with a 5-2 victory. Three different players for the U.S. recorded a goal, as Maddie Rooney picked up the victory in net. 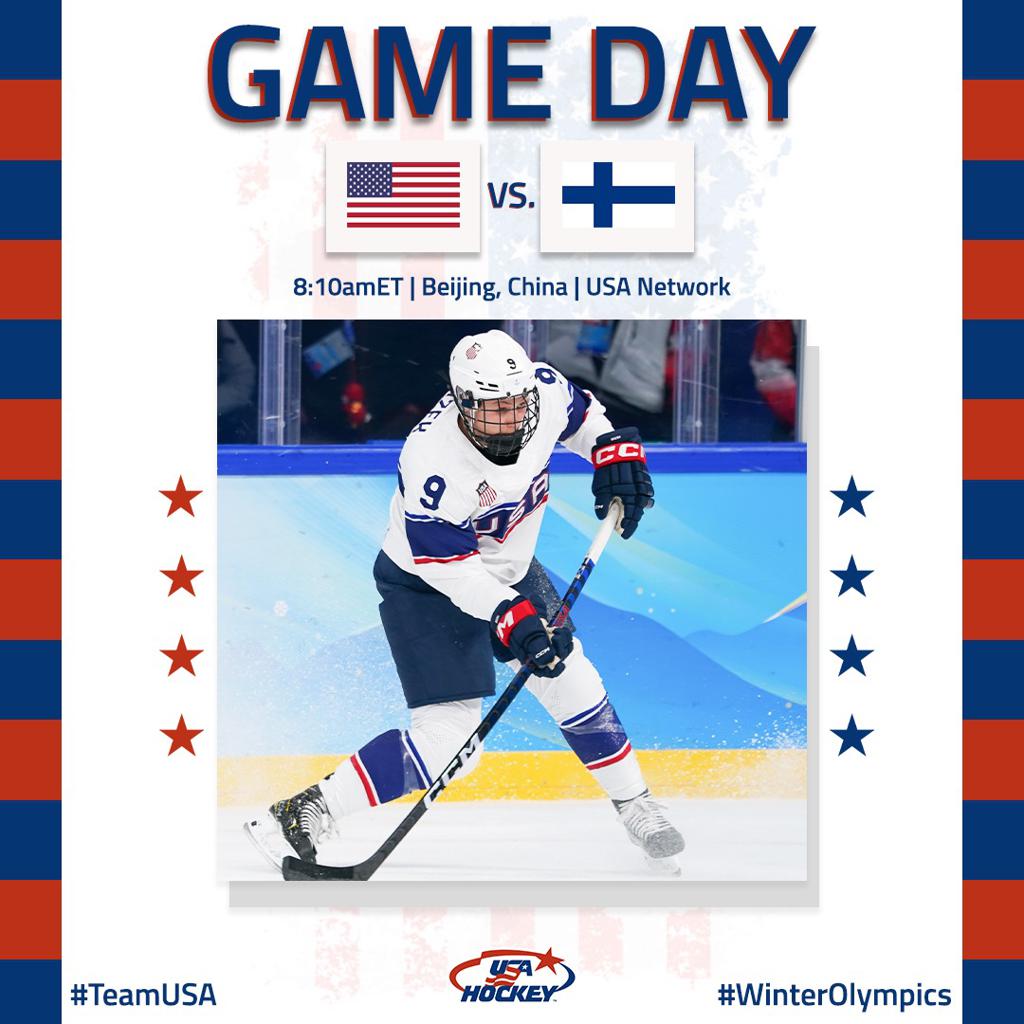 Team USA has advanced to the semifinal round in every Olympics since the sport was added to the program in 1998. The U.S. holds a 3-0-1-0 record.

Through the tournament, 18 different skaters have tallied at least one point for Team USA, with ten scoring at least one goal. The team is paced by Hilary Knight (4G, 3A) with seven points and Amanda Kessel (2G, 4A), Kelly Pannek (2G, 4A), Savannah Harmon (2G, 4A) with six and Alex Carpenter (4G, 1A) who has five points. The team has a +17 goal differential on the tournament.

Team USA has registered over 50 shots on goal in each of its last five games, outshooting opponents 292-69. Last game, Team USA outshot the Czech Republic 59-6. The U.S. has scored 24 goals throughout the tournament.