BEIJING - The U.S. Olympic Women’s Ice Hockey Team defeated Finland 4-1 to advance to the gold-medal game of the 2022 Winter Olympics.

“I thought we played a great game today,'” said Joel Johnson, head coach of the 2022 U.S. Olympic Women’s Hockey Team. “We talked about a few things we wanted to focus on and actually faceoffs were one of them and I thought Finland was dominant in the faceoff circle. So we'll try to clean some of those things up, but each game is some adjustments. I thought our power play was good. We got a big goal in that regard and I just thought our defensive play was outstanding and that starts in net.”

With just over 10 minutes remaining in the first period, Savannah Harmon (Downers Grover, Ill.) made a long pass up the middle of the ice where she found Amanda Kessel (Madison, Wis.), who looked to give Team USA the lead off a breakaway opportunity, but Finnish goaltender Anni Keisala got a leg pad on it.

Kelly Pannek (Plymouth, Minn.) saw a quality chance in front with 8:24 on the clock in the first when she tried to tuck the puck past  and outstretched Keisala to no avail.

Finland looked to take the lead right as the first period came to a close, but Alex Cavallini (Delafield, Wis.) came up with back-to-back saves to preserve the score 0-0. Following a long pass out of their zone, Finland had a 2-on-1 chance in front. Cavallini made the initial save and then stretched out once again to block the rebound.

The U.S. outshot Finland 12-6 in the first period, but the game remained scoreless heading into the second period.

Cayla Barnes (Eastvale, Calif.) scored her first career Olympic goal on the power play to give the U.S. a 1-0 lead with 16:21 remaining in the second period. Hilary Knight (Sun Valley, Idaho) initiated the play with a pass down to Hannah Brandt (Vadnais Heights, Minn.) on the goal line. Brandt threaded the puck across the front of the net to Barnes, who found the back of the net with a one-timer.

With her appearance in today’s game, Knight has now tied with Jenny Potter and Angela Ruggiero for the most games played in U.S. Olympic women’s hockey history with 21 appearances.

Knight nearly capitalized on a wraparound opportunity with 7:10 to play in the second. Kendall Coyne Schofield (Palos Heights, Ill.) kept the pressure trying to knock in the rebound, but it was blocked by a Finnish defender.

Knight extended Team USA’s lead to 2-0 late in the second period. With 1:07 to go in the second, Harmon landed a shot on goal and Knight cleaned up the rebound to give the U.S. a two-goal lead.

The U.S. had an early power play opportunity in the third after Finland took a seat for cross checking 30 seconds into the third period, but the U.S. maintained a 2-0 lead after the two minute advantage. 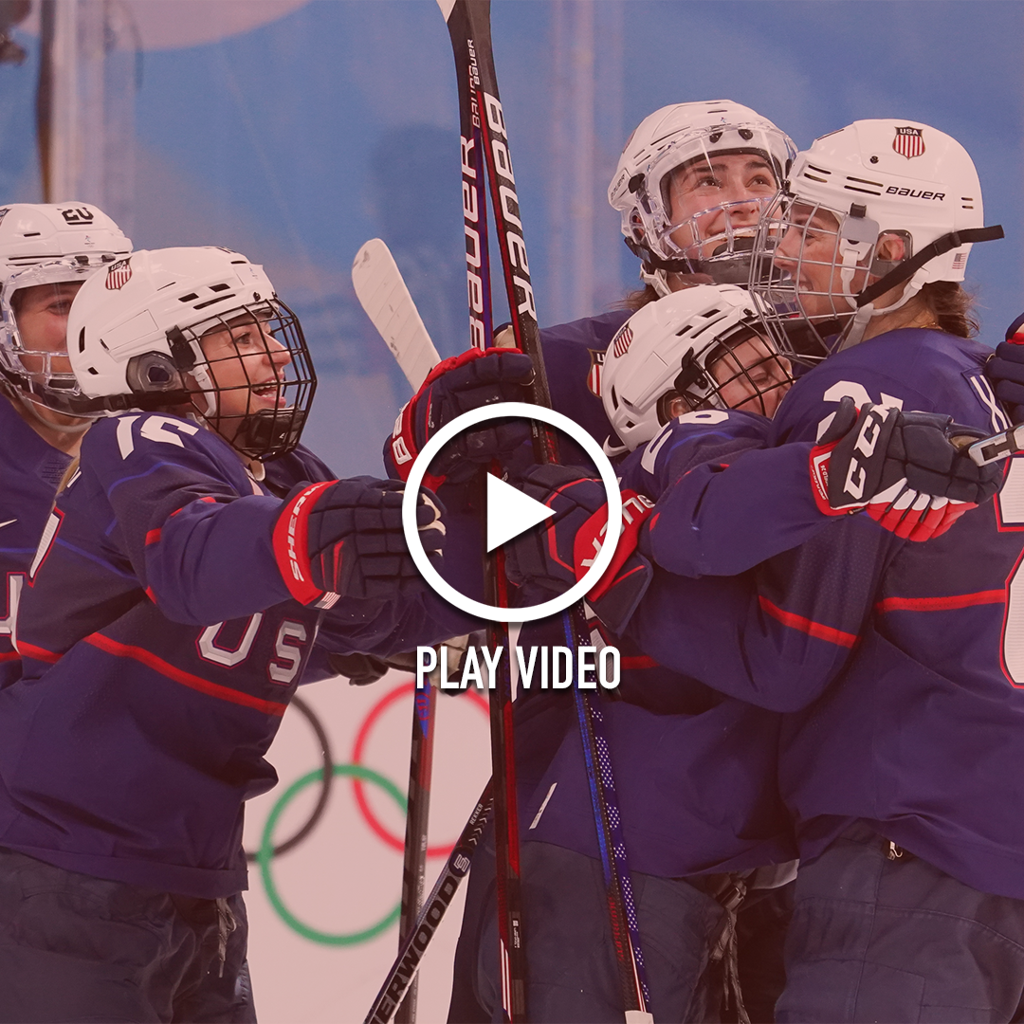 Hayley Scamurra (Getzville, N.Y.) added another tally for the U.S. with less than five minutes to play in the game after she tipped in a shot from Barnes from the point.

Despite Finland getting on the board with 26 seconds left to play in the game, Abby Roque (Sault Ste. Marie, Mich.) added an empty-net goal for the U.S. to secure the final, 4-1. Cavallini finished with 25 saves against Finland.