Being a hockey player is an endless quest for more ice time, and the last two years have not been friendly to that endeavor.

Players hoping to meet their teammates on a smooth sheet of ice have been met with rink closures, social distancing and an endless list of cancelled or postponed games, all due to the global pandemic.

And it’s not a challenge limited to the amateur ranks.

The U.S. women’s team had several games and tournaments cancelled prior to the Olympic Winter Games Beijing 2022, while the U.S. men’s team had to be retooled late when the NHL pulled out of sending its players to Beijing.

Perhaps no team has been able to power through it as well as the U.S. sled hockey team.

Ranked No. 1 in the world, the Americans will be playing for their record-extending fourth consecutive and fifth overall Paralympic gold medal next month. And following a pre-Games training camp in Nashville, the team is feeling confident about its chances.

Three-time Paralympian Rico Roman, who has been a staple of the U.S. sled team since he made his debut in 2011, four years after losing his leg to an IED while serving in Iraq, said the squad’s longtime consistency and chemistry has set it up for success in tumultuous times such as these.

“Our success has always been about coming together as a team as well as pushing each other in the right direction,” said Roman, a forward who recorded a goal and an assist in Team USA’s winning effort four years ago in PyeongChang, South Korea. “What makes our team so good is that we have such great chemistry on and off the ice. Not just playing with each other, but we are friends. Even though I may be assistant captain of this team, we have 17 leaders on that ice.”

At age 41, the Portland, Oregon, native will be the oldest player on the U.S. team when it opens Paralympic play on March 5 against Canada. As a two-time Paralympic and three-time world champion, a Purple Heart recipient, and a father of two, Roman has been a model of consistency for his fellow teammates over the last decade.

During the last two years in particular, the veteran forward has advised other players to not make excuses, and to focus their energy on finding solutions to “make it work.”

Roman himself was challenged to find ice time in the Pacific Northwest during the pandemic, but he was fortunate to connect with former sled hockey teammate (and now Paralympic Nordic skier) Josh Sweeney, who gifted him a hockey goal to practice on. Roman set that up on a tarp in his garage and shot as many pucks as he could whenever he had the chance, in addition to cross-training on a rowing skier. 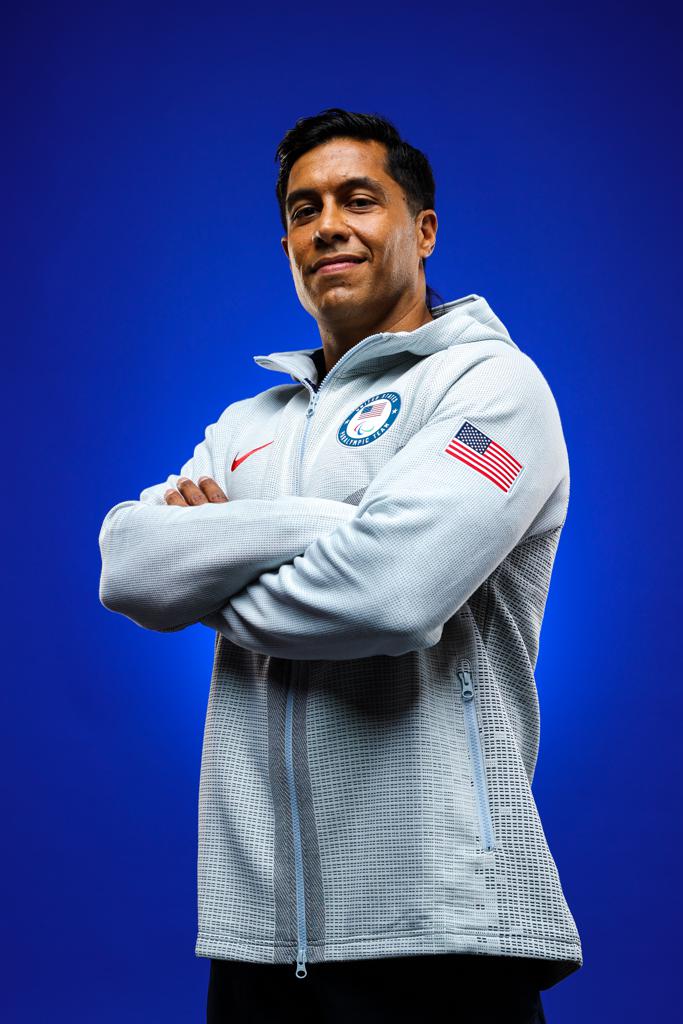 It’s all in the name of taking his game to another level, even after 12 years of playing the sport.

A large part of the U.S. sled hockey team’s success in recent years has also come with support from Toyota, which has put the sled players on par with their Olympic counterparts. Last year, Toyota announced a game-changing $5 million stipend and sponsorship opportunity to support U.S. Paralympic athletes competing at the Tokyo 2020 and Beijing 2022 Games.

“Team Toyota has been the pioneer when it comes adaptive sports,” said Roman, who has been featured in Toyota advertisements this winter. “Toyota is leading the way, showing whether you do Olympic or Paralympic sports, they are the same, and that the athletes have the same drive and strive for the same outcome. They are championing that by putting it on TV so that the people not only in the U.S, but around the world, can see.

“That’s huge, not just for myself and my teammates, but also because it inspires the next generation or someone who gets hurt and acquires a disability later on in life.”

The U.S. sled hockey team was lucky enough to come together for its pre-Paralympic training camp this month in Nashville, where veteran players such as Roman, captain Josh Pauls and the one-two forward punch of Declan Farmer and Brody Roybal have really been able to make an impact on the team’s six rookies before flying to Beijing.

Roman knows Team USA will need all of its depth if the group is going to win another gold medal. He’s doing what he can to foster a winning culture, both for 2022 and beyond.

“We’ve had a great showing of talent in our sled hockey ranks coming up. The younger players have definitely been noticed, and I’m so happy to see where they go,” Roman said.

“I remember my first Paralympics in 2014, I couldn’t wait to get there and start playing. As soon as we started, it felt like we were already in that gold-medal match and it was over.

“So I’m telling them all to take it all in and enjoy the moment.”

Stuart Lieberman has covered Paralympic sports for more than 10 years, including for the International Paralympic Committee at the London 2012, Sochi 2014 and PyeongChang 2018 Games.