Both took different paths to end up at the same destination.

Josh Sweeney, 34, is a retired sergeant who served in the U.S. Marine Corps and played forward on the gold medal-winning U.S. Paralympic Sled Hockey Team at the 2014 Games in Sochi.

Lera Doederlein is an 18-year-old resident of San Diego who was adopted from a Russian orphanage. She plays for the San Diego Ducks sled hockey team and is a member of the U.S. Women’s National Development Sled Hockey Team.

Sweeney and Doederlein have taken different roads but have ended up at the same destination. Both have transitioned from sled hockey to Para Nordic skiing and will represent Team USA at the Paralympic Games in Beijing as members of the U.S. Para Nordic ski team.

Sweeney was serving in Afghanistan in October 2009 when he stepped on an improvised explosive device. The accident left him a bilateral amputee, and he received a Purple Heart.

An able-bodied hockey player in high school, Sweeney found out about sled hockey while at the Center for the Intrepid in San Antonio. He was hesitant at first, but he changed his mind once he began watching games.

“I was like, ‘Oh yeah, this looks just like hockey,’” Sweeney recalled. “So I started playing, fell in love with it, was also doing other sports at the time just for fun. I found sports to be my motivation to stay fit and have some drive in life.”

Doederlein was diagnosed at birth with arthrogryposis multiplex congenita, a severe condition that affects joints and muscles in the hips and legs. Her birth parents gave her up for adoption, hoping she would be adopted by a family that could provide the proper medical care.

After being placed in an orphanage in her native Russia, Lera was adopted and taken to the United States by David and Fami Doederlein when she was 21 months old. At 14, she decided to amputate both legs above the knee.

Ready to rep the .

The U.S. Paralympic Nordic Skiing Team is locked in for the #WinterParalympics. pic.twitter.com/iQfTyiG5XA

When her family moved to Arizona, Doederlein discovered sled hockey after meeting Mike Schulenberg, an above-knee amputee who played for the Arizona Coyotes’ sled hockey team.

“It was one of those surreal moments where I got on the ice and as soon as I started skating forward, I fell in love with the sport, the team and all the challenges that came with learning about it,” she said. “I remember telling my parents after the first practice, ‘I think I’m going to do this forever.’” 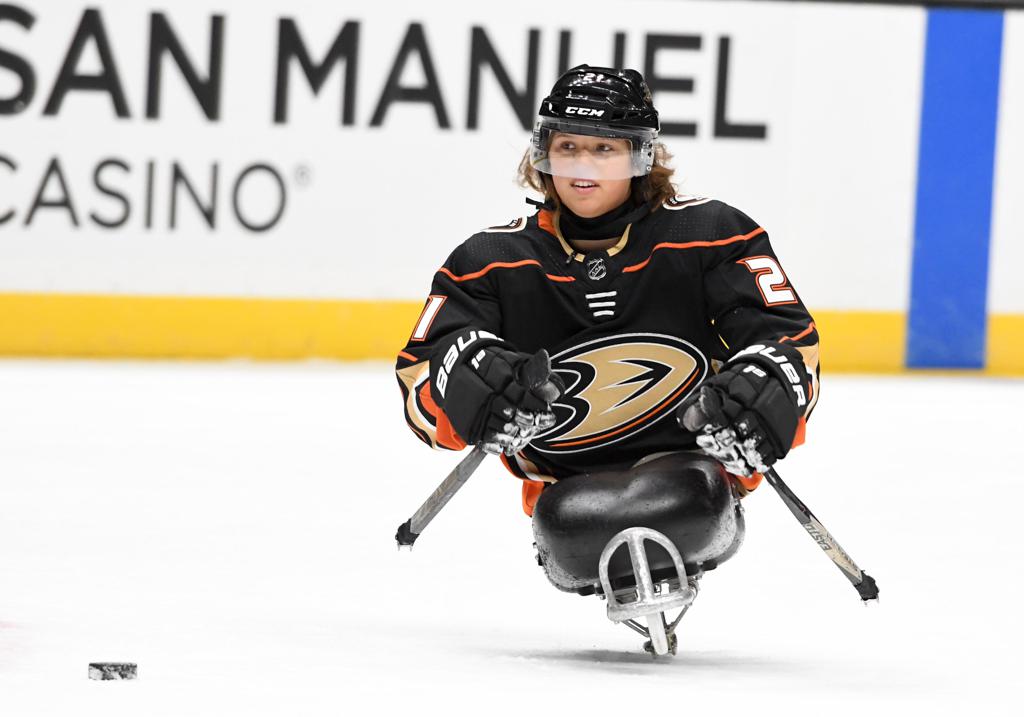 For Sweeney, the transition from able-bodied hockey to sled hockey had its challenges. But once he was on the ice, he forgot about the frustrations, aches and pains that came with adjusting to an upper-body sport.

“It was so much fun, and the camaraderie with the team was such a motivational factor of playing that I couldn’t stop,” he said.

After winning gold in Sochi, Sweeney took a break from sled hockey when his son Sawyer was born the following year. He thought about returning to train for the 2018 PyeongChang Games but decided to withdraw when his daughter Zoe arrived that same year. He began toying with the idea of competing in an individual sport. After winning a triathlon race in Florida, he moved to Idaho in 2021 to give Nordic skiing a try. He enjoyed it not only from a sport standpoint while also finding that skiing allowed him more flexibility between training and spending time with his family.

“I decided if this is something where I only have to do two or three events per year to be competitive and I can train at home, I really want to pursue this seriously,” Sweeney said. 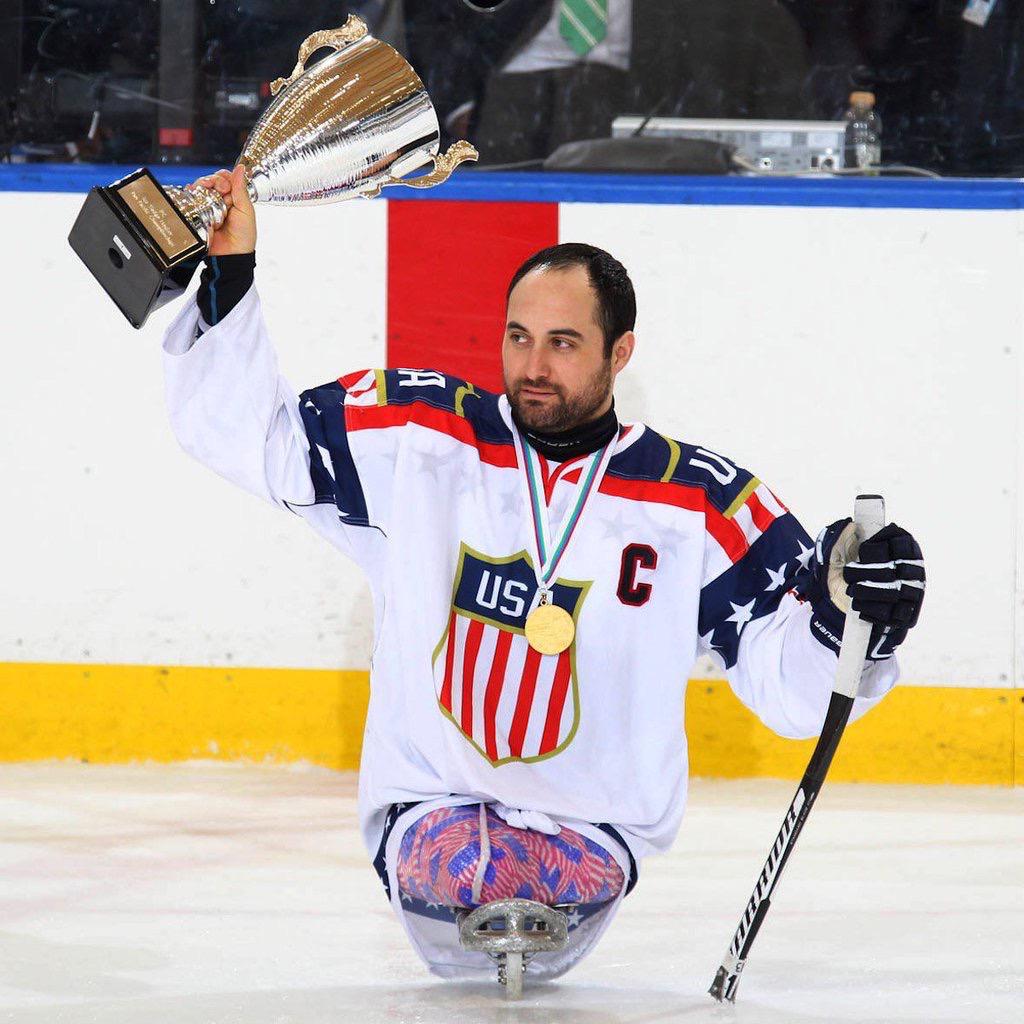 After moving to San Diego, Doederlein attended a handcycling clinic through the Challenged Athletes Foundation. It was there she met 10-time Paralympic medalist Oksana Masters, who has competed in cycling, Nordic skiing and rowing in the Paralympics. Doederlein and Masters, who was born in the Ukraine, became close friends. After being encouraged by Masters to try skiing, Doederlein went to the Ski Spectacular, an annual clinic in Breckenridge, Colorado.

“It was basically how things worked with sled hockey,” Doederlein recalled. “I got on the skis and I was like, ‘This is really fun.’”

Sled hockey and Nordic skiing are different in many ways. But there are some similarities, like the bucket that can be used with either skis or skates. Even some of the rowing machines in ski training can be used in sled hockey.

Doederlein was invited to train with the U.S. Nordic ski development team and has been in Bozeman, Montana, over the past two winters. But sled hockey is never far from her mind. As soon as she returns from Beijing, she plans to resume playing for the Ducks. Sled hockey is officially a mixed sport at the Paralympics, allowing both men and women. But if an opportunity arose, Doederlein would have a big decision to make.

“It would be dependent on the place that I’m in, especially with skiing,” she said. “Skiing is an individual sport. In hockey, the team depends on every single person who’s a part of that roster. I love skiing, but hockey is my first true love. I think if I did have the opportunity to represent the country with all the women I’ve had the honor to play with the last few years, I would have to take it.”