Brody Roybal donned his shades as he entered the red carpet. Declan Farmer and Josh Pauls acknowledged the welcoming committee and crowd of media. And real-life Jen Lee and others stood and waved to larger-than-life Jen Lee, a picture canvassing the jetway and welcoming all 67 members of 2022 U.S. Paralympic Team onto their charter flight to Beijing. The long-awaited journey four years in the making was about to commence.

The U.S. Paralympic Sled Hockey Team is going for its unprecedented fourth-straight gold medal at the 2022 Paralympic Winter Games after defeating Canada, 2-1, in overtime in 2018. Though the four-year time frame was the same in terms of length of years between Games, training for these Games may have felt even longer. But even so, the team came together in Nashville for the final month of training and capped it off with five-plus days in Los Angeles, testing, training, and patiently waiting for the flight to take off LAX.

"We're glad that we [met in Los Angeles] because we took care of our business the best way we had to and the best way we needed to in order to test right and get all the forms done before heading over,” said Josh Pauls, who is set to compete in his fourth Paralympics. “And so I think we're really thankful that we were together for a week.

“In terms of the residency, it was nice because it was really the first time that we’ve had everybody at residency. It was kind of a bubble environment for six weeks and we all got to get to know each other and train hard and have fun before coming over here.”

One of the best ways for the team to get rid of any sort of jet lag or tiredness was to get right out on the ice for practice. Fortunately, they were able to get checked into the village and get acclimated before an hour-long practice the first full day in Beijing. 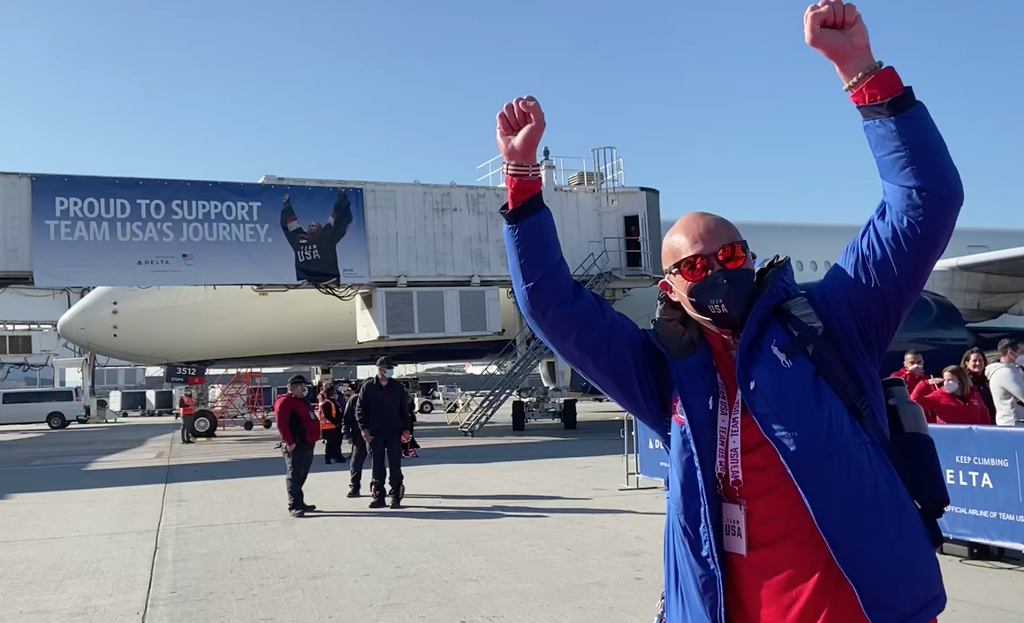 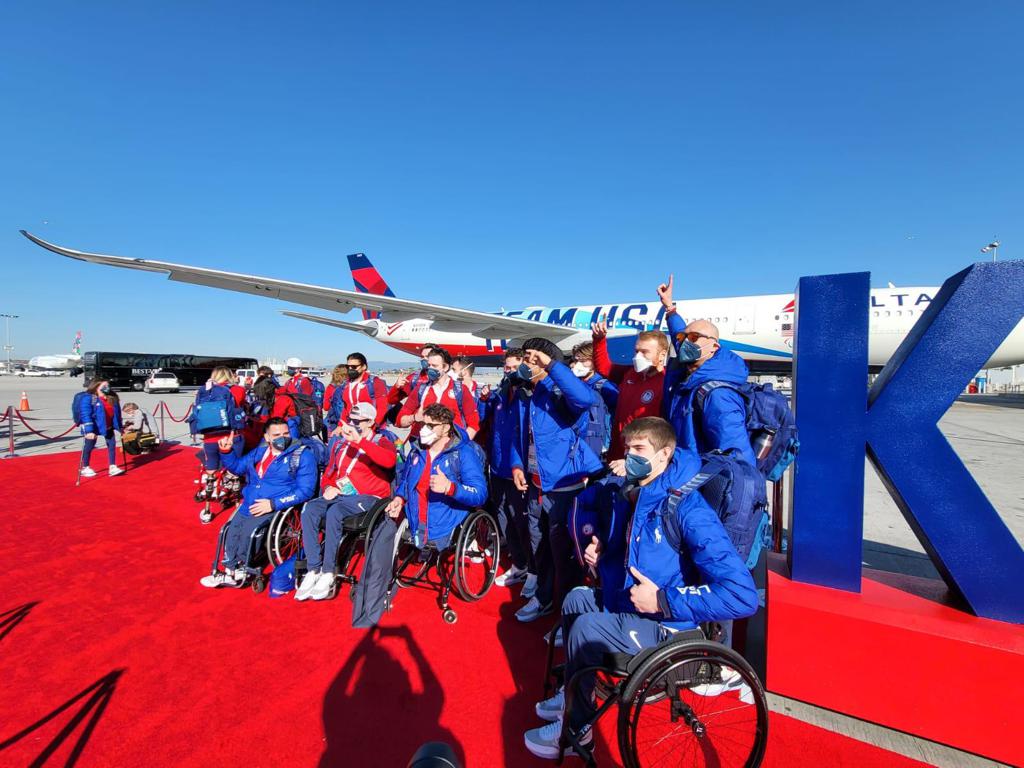 Once the team got on the ice, it was business as usual for the defending champions, and it was clear from the get-go that the team means business heading into the 2022 Games.

"I thought the pace was really good today,” said head coach, David Hoff, who is at the helm of the U.S. Paralympic Sled Team for the first time after serving as an assistant coach in 2018. “We tried to keep it at 45 to 50 minutes was our goal. Just try to be sharp for that point, for that time period. And I thought we were so I was happy with how it went today.”

The pace was there. The intensity was there. The compete-level was there. All of the players were holding themselves accountable even on the first day of practice. Take Jack Wallace, for example. The soon-to-be two-time Paralympian skated down on a two-on-one late in the skate and missed an open net. Instead of shrugging it off as if it were just practice, you could see the intensity on his face as he made sure he wasn’t going to miss the next shot.

“I think we do a pretty good job of keeping our pace, no matter if it's our first practice,” said Pauls. “We practice as if it’s a game. The boys were flying out there, and it’s just exciting.”

The goal of the team is obviously to remain on top. And according to Hoff, there is nothing wrong with that. He just wants to make sure the team focuses on the steps to get there.

“But the focus still has to stay on the short term, the work that we do every day preparing for practice. You know, the things that you can get better at. And that's really been the message throughout the whole season.”

The short term will consist of more practices ahead of the first preliminary round matchup against Canada. And one thing is for sure: the team will be ready.