GAME DAY: U.S. and Canada Square Off in Paralympic Opener

The game will be televised live on USA Network and streaming on NBC Sports properties.

THE SERIES VS. CANADA

The U.S. and Canada have met on four occasions at the Paralympics and Team USA owns a 2-1-0-0-1 (W-OTW-OTL-L-T) overall record against their North American neighbors.

After tying Canada in its first-ever Paralympic matchup in 1998, the U.S. has gone on to win the last three Paralympic outings against the Canadians, including most recently defeating them to claim its third-straight Paralympic gold medal in 2018. 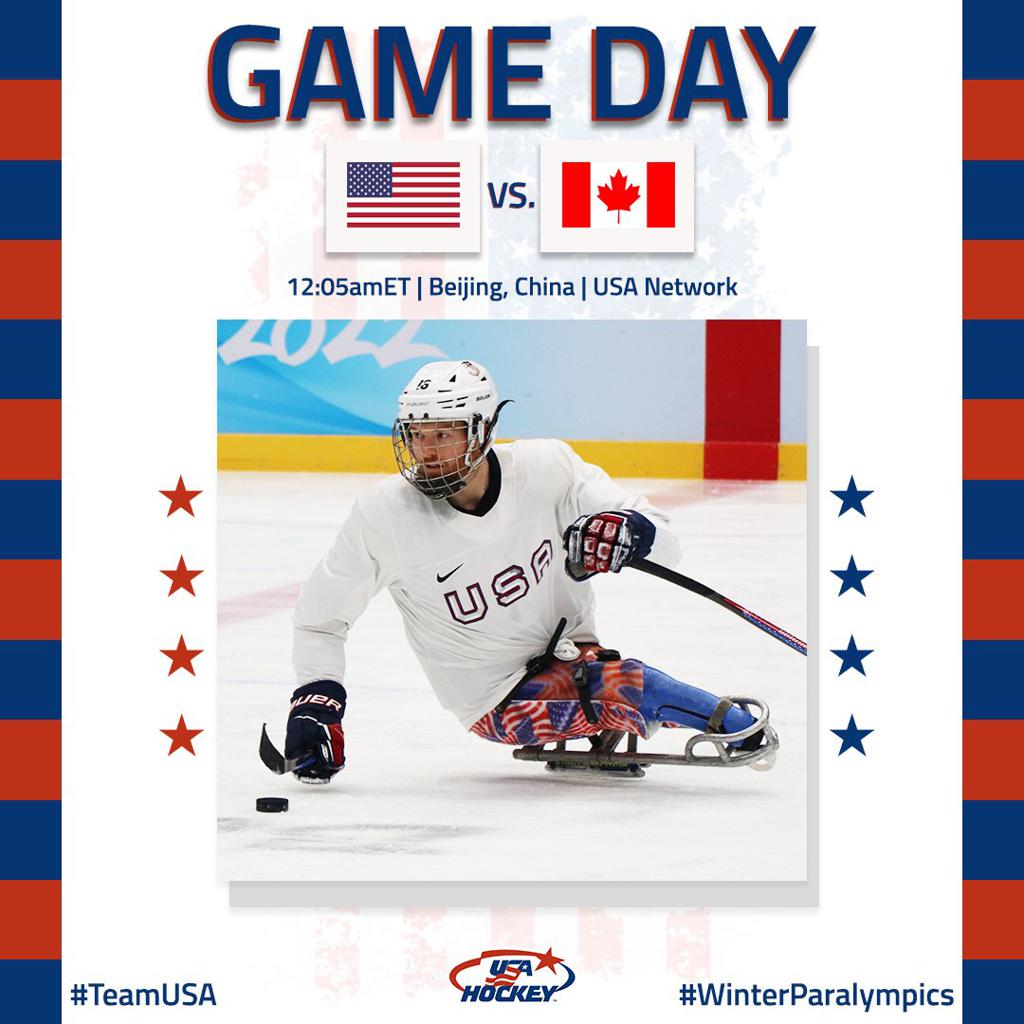 BEEN THERE, DONE THAT

IN THE RECORD BOOKS

Several members of Team USA are within reach of breaking U.S. Paralympic records this time around in Beijing. Josh Pauls (Green Brook, N.J.) is five assists away from breaking the all-time U.S. assists leader for most Paralympic assists, currently held by  Joe Howard (15 assists). Declan Farmer (Tampa, Fla.) sits just behind Pauls on all-time assists list and is eight away from Howard's assist record.

With his appearance in today's game against Canada, Pauls ties Howard for the most Paralympic appearances in U.S. history with 16 Paralympic games played.

GAME NOTES: USA vs. CAN

LINE CHART: USA VS. CAN