“I love how tenacious this team is,” said David Hoff (Bottineau, N.D.), head coach of the 2022 U.S. Paralympic Sled Hockey Team. “The first few minutes may not have been as dominant as we expected, but this team just won’t let off. They always stick with it until things start clicking on our end and we definitely saw that today. We know the upcoming schedule looks different than it normally would, but we’re going to stay engaged as a team this week and prepare for our next game.”

Another milestone for Team USA was achieved on the opening draw as Josh Pauls (Green Brook, N.J.), captain for Team USA, suited up for his 17th Paralympic Winter Game to put himself atop the U.S. record book for most games played at the Winter Games.

It wasn’t long before Team USA picked up where it left off from the game before to put itself ahead less than five minutes into the period. Josh Misiewicz (La Grange, Ill.) sent a cross-ice feed to the tape of Wallace who picked the top corner of the net from the faceoff dot. The U.S. kept the pressure on as it controlled the puck deep in the attacking zone with shots that peppered South Korean netminder Jae Woong Lee.

Wallace increased the lead to a pair 8:58 into the first after he skated through the South Korean defense and remained patient in front of the crease to bury his second of the game. Only :45 seconds later, Farmer held on to the puck at the blue line and connected with Misiewicz waiting at the crease to increase the U.S. lead to three.

Scoring in the first didn’t stop there as Brody Roybal (Northlake, Ill.) got in on the action. Farmer, from behind the South Korean net, found Roybal who did some stick work in front of the net before he netted his second of the tournament.

Fresh off the power play with ticks over a minute left in the period, Wallace completed his hat trick within the first 15 minutes from a shot in the slot to put the U.S. ahead 5-0.

Team USA generated chances early on in the second, but couldn’t put any in the back of the net. Malik Jones (Aurora, Colo.) helped his team find the score sheet in the second after Kyle Zych (South Hadley, Mass.) controlled the puck in a battle at the boards. Jones skated through the defense and found himself all alone in front to tally his first of the game with 5:04 left on the scoreboard. 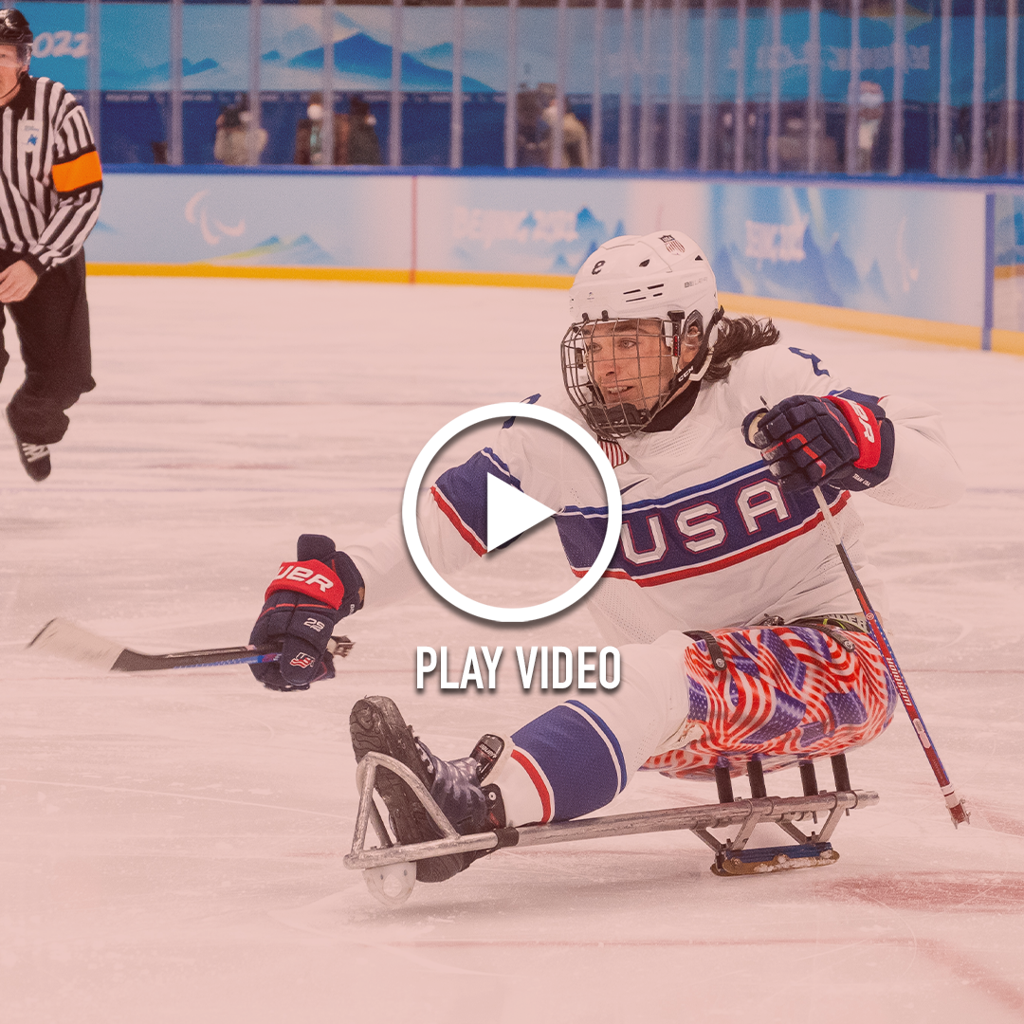 Jones’ goal sparked Team USA’s scoring offense as Farmer netted a pair of power play goals 1:36 apart to increase the lead to 8-0. His first of the two was a wraparound chance that went top corner, followed by an opportunity in the slot while the South Korean goalie was screened. Jones added one more in the period with :13 seconds to go off a feed from Evan Nichols (Haymarket, Va.) who picked up his third assist in his first career U.S. Paralympic Winter Games appearance.

South Korea got on the board 3:21 into the third period but Team USA controlled the puck for the majority of the frame to take its preliminarily round finale, 9-1.

Jen Lee (San Francisco, Calif.) started in net for the U.S. and stopped the only two shots faced through the first two periods. Griffin Lamarre (Haverill, Mass.) came in for Lee at the start of the third for his U.S. Paralympic debut.

NOTES: Jack Wallace (Franklin Lakes, N.J.) was named U.S. Player of the Game… The U.S. outshot South Korea, 39-3… Team USA was 3-for-5 on the power play, while South Korea was 0-for-1… For more information about the 2022 Paralympic Winter Games, click here.