This marks the first-ever meeting between U.S. and China

The 2022 U.S. Paralympic Sled Hockey Team will take on host China in the semifinals today at the Beijing National Indoor Stadium. Puck drop is set for 8:05 p.m. local time, 7:05 a.m. ET and the game will be televised live on USA Network.

THE SERIES vs. CHINA

Today's game marks the first meeting between the United States and China on both the Paralympic and international stage. Team China went undefeated in the preliminary round and defeated Czechia 4-3 in the quarterfinals to enter today's matchup a perfect 4-0-0-0 (W-OTW-OTL-L). 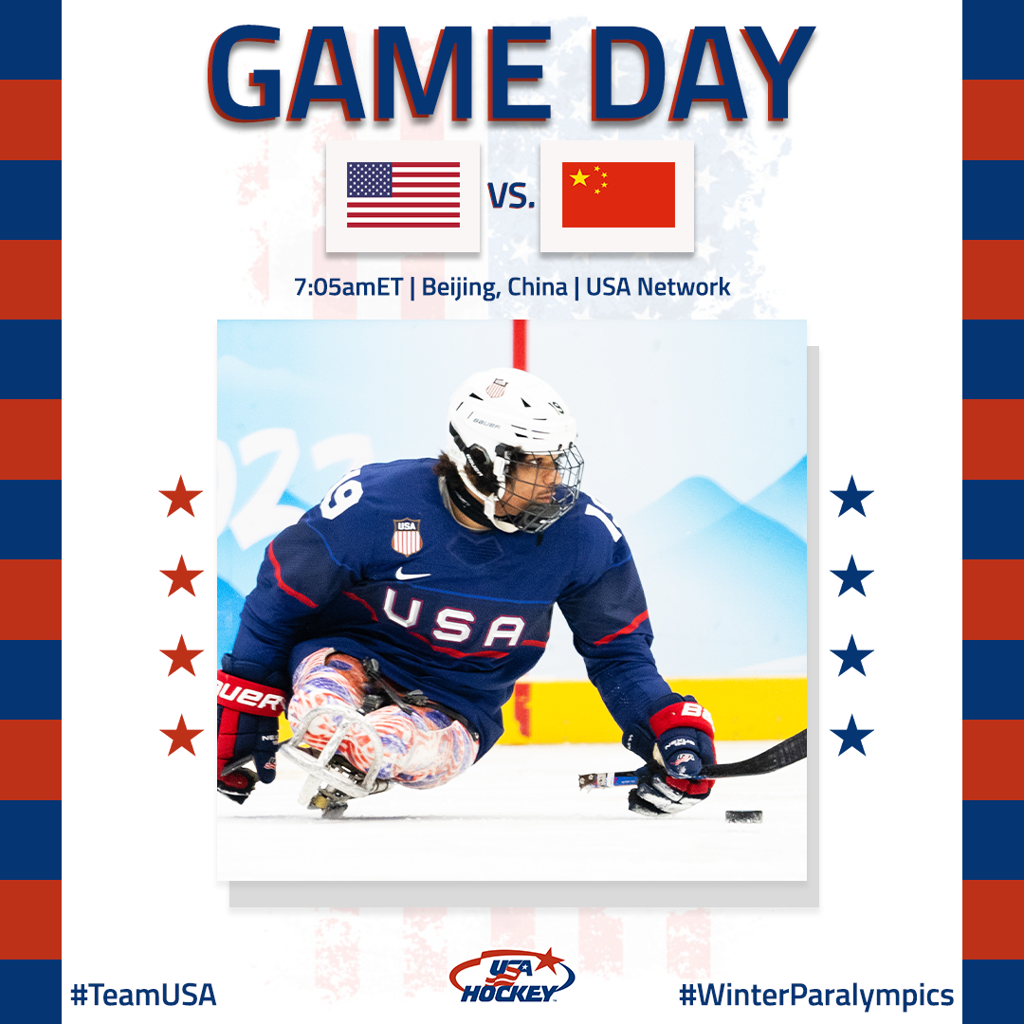 In Team USA's Paralympic opener against Canada, Malik
Jones (Aurora, Colo.) scored his first career Paralympic goal in Team USA's opener against Canada. Jones scored the team's third goal of the game 10:27 into the second period to give the U.S. a 3-0 lead. The U.S. went on to defeat Canada 5-0. Jones added two goals against South Korea and now owns three goals in this tournament. In his Paralympic debut, Evan Nichols (Haymarket, Va.) tallied three assists for Team USA against South Korea to help the U.S. close out preliminary round play 2-0-0-0 (W-OTW-OTL-L).

With his appearance in Team USA's second preliminary round game against South Korea, Josh
Pauls (Green Brook, N.J.) took over the top spot in the U.S. record for most Paralympic appearances. Pauls has hit the ice in 17 Paralympic matchups, the most of any player in Team USA history. Pauls, who has played in part in each of Team USA's historic gold-medal runs (2010, 2014, 2018) surpassed Joe Howard's previous record of 16 Paralympic appearances. Howard played in the 1998, 2002, 2006 and 2010 Paralympic Winter Games.