It was the fourth straight Paralympic gold for the U.S. in sled hockey.

Both teams matched each other’s play in the opening minutes of the game before Farmer put the first shot on goal from the slot by either team 4:36 in. Canada put its first shot on minutes later, followed by a breakaway opportunity but starting U.S. goaltender Jen Lee (San Francisco, Calif.) came up with a big save to keep it tied.

Shorthanded and in the defensive zone, Farmer forced a turnover which created a 2-on-0 opportunity. Farmer went coast-to-coast and kept the puck and went short side to put Team USA ahead 9:08 in.

Still shorthanded and 0:25 later, Brody Roybal (Northlake, Ill.) intercepted a pass in the offensive zone from Canada’s starting netminder Dominic Larocque. The pass shot in the air and Roybal tracked it throughout before it was on his stick and went backhand to put the U.S. up 2-0 with 5:27 left in the frame. Canada nearly cut the lead in half with 2:40 left, but Lee came up big once again for one of his eight first period saves and keep the U.S. up into the first intermission.

Roybal kept the pressure on with a quick shot 0:09 into the frame but Larocque got in front of it. Josh Pauls (Green Brook, N.J.) drew a penalty which set up a penalty shot 1:15 in but his opportunity was denied and kept the lead at two. Less than a minute and a half later, Joseph Woodke (Nashville, Tenn.) passed the puck to Roybal who sped past two Canadian defenders and netted his second of the game, 2:39 in.

Just 48 seconds later, Canada eyed its first goal of the game but Lee laid out and kept the puck out of the net. The U.S. kept its momentum going and tallied one more 7:51 into the period from Pauls. Farmer skated down the wing with Pauls and made a cross-crease pass to his teammate who had an open net to tap in Team USA’s fourth goal of the game. 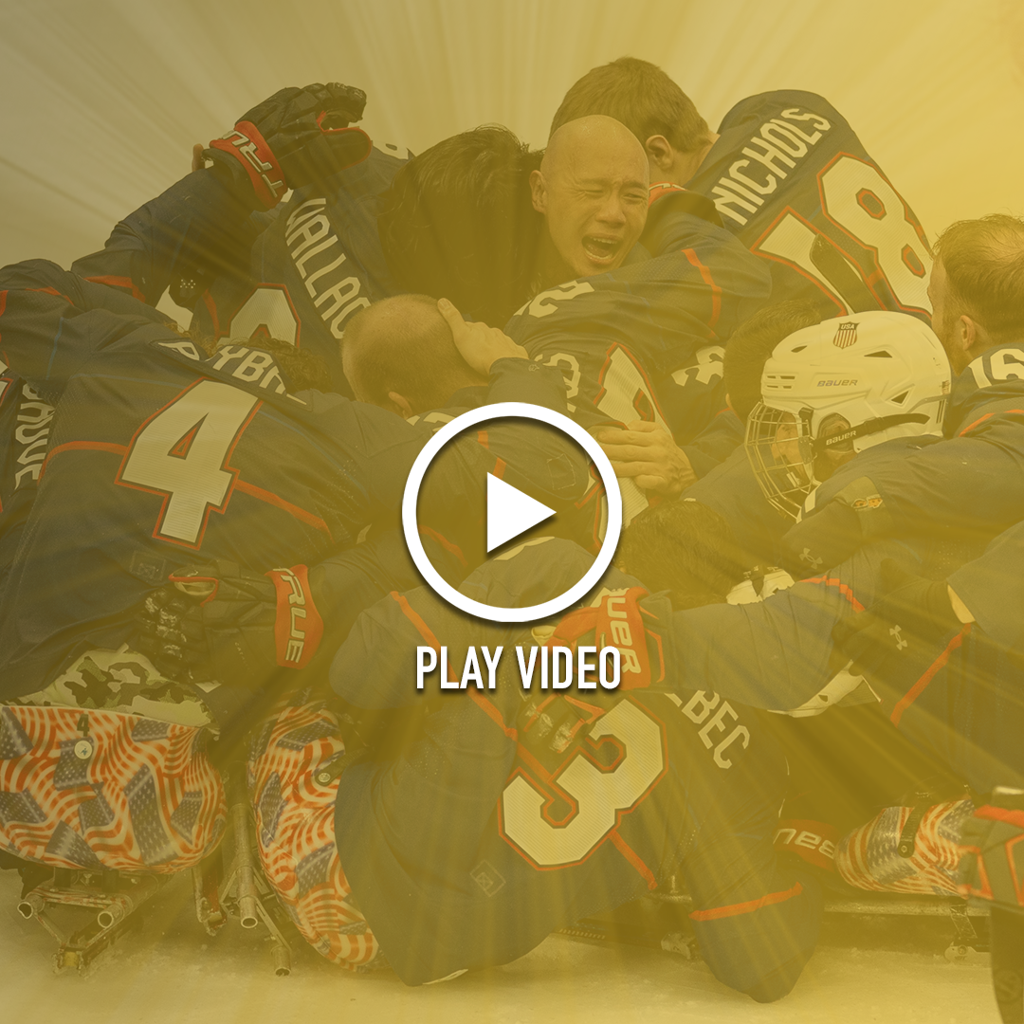 The U.S. penalty kill came up big at the end of the second as they were down two skaters for over a minute. The defense held on to kill the first penalty as time expired to head into the final 15:00 up, 4-0.

Canada held the puck in its offensive zone but Lee came up once again with a pair of saves to keep the lead at four. With less than 10:00 to go, Roybal fell towards the ice but passed the puck along to Pauls. He found Farmer at the bottom of the faceoff circle who skated across the crease and buried his second of the game 5:57 into the third to make it 5-0.

David Eustace (Stoneham, Mass.) nearly made it 6-0 with 7:45 to play, but his shot rang off the pipe and sent towards the boards. Team USA held strong in the final minutes of the game and kept its shutouts as the team skated towards its fourth-straight Paralympic gold medal victory.

Lee stopped all 16 shots he faced to earn the shutout. He played in all four games for Team USA in the Paralympic tournament and did not allow a single goal.

NOTES: Jen Lee (San Francisco, Calif.) was named U.S. Player of the Game… The U.S. outshot Canada, 20-16… Team USA was 0-for-1 on the power play, while Canada was 0-for-5… Declan Farmer (Tampa, Fla.) led the tournament in points with 18, and assists with 11... Brody Roybal (Northlake, Ill.) finished tied for first as the tournament's leading goal scorer with eight goals… Jack Wallace (Franklin Lakes, N.J.) was named Best Defender of the tournament... Lee finished the tournament with a perfect 100.00 SV% and 0.00 GAA, with three shutouts… Team USA set the record for the largest margin of victory in Paralympic gold medal game history with five… For more information about the 2022 Paralympic Winter Games, click here.