Team USA Falls in Pre-Tourney Action to Sweden, 3-2 in Shootout

The U.S. wraps up pre-tournament slate tomorrow evening against Finland

KAUFBEUREN, Germany - The U.S. Under-18 Men's National Team fell to Sweden, 3-2 in a shootout, Monday evening at Erdgas Schwaben Arena in Germany in its first of two pre-tournament games ahead of the 2022 IIHF Under-18 Men's World Championship.

Sweden got on the board first just 13 seconds into the contest when Oskar Pettersson deflected a Theo Lindstein shot in front of the cage and over the shoulder of Team USA netminder, Tyler Muszelik (Long Valley, N.J.).

The U.S. evened the game at one goal apiece with 10:31 to play in the opening frame. Cole Spicer (Grand Forks, N.D.) left a drop-pass for Devin Kaplan (Bridgewater, N.J.) as he entered the offensive zone. Kaplan found Ryan Leonard (Amherst, Mass.) down the left wing where he wired a wrist-shot from the faceoff dot over the glove of Swedish netminder Hugo Havelid to tie the game.

Team USA nearly took the lead moments later when Cutter Gauthier (Scottsdale, Ariz.) beat Havelid with a quick wrister, but the shot rang off the crossbar and the first period ended in a 1-1 tie.

The U.S. took a 2-1 lead on a one-timer from Isaac Howard (Hudson, Wis.) with just under five minutes to play in the middle frame. Ryan Chesley (Mahtomedi, Minn.) collected a loose puck and led Lane Hutson (North Barrington, Ill.) down the left wing. The defenseman used some skilled edgework to move around the Swedish defense before centering a feed to Howard in the slot, who potted his shot for a U.S. advantage.

Sweden found the tying goal with 1:24 left in the middle frame to make it a 2-2 game after 40 minutes of play. Tim Almgren collected his second point of the evening with a quick shot from the left face-off dot.

The United States used tic-tac-toe passing sequences to set up Howard and Cruz Lucius (Grant, Minn.) with back-door opportunities in the final period of regulation, but neither were able to covert and the game headed to overtime.

After a scoreless five-minute overtime session, the two sides went to a shootout that lasted 10 rounds. McGroarty scored in Round 4 and Spicer kept the game alive matching Sweden in Round 8, but the Swedes netted a third to pick up the win. 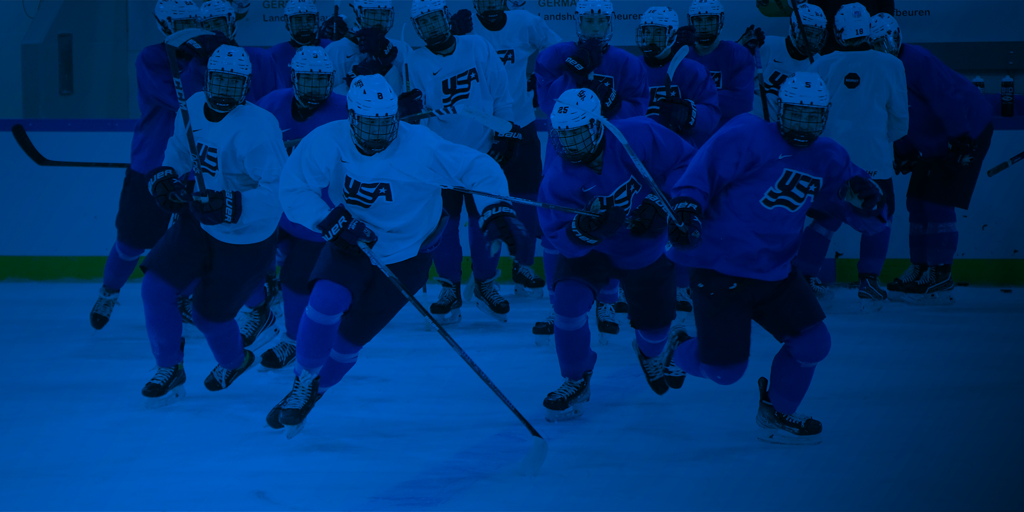