A look back at the 2002 run by Harry Thompson

Winners of the first-ever Paralympic sled hockey gold medal in Team USA history, the 2002 team paved the way for the success that has followed on the ice. The team has medaled in every Games since then, including four-straight gold medals.

Skating to a 6-0 record on home ice in Salt Lake, the team outscored its opponents by a combined score of 22-3 on its way to a gold-medal matchup against Norway. In a tightly contested battle, the U.S. came out victorious in a 4-3 shootout win. 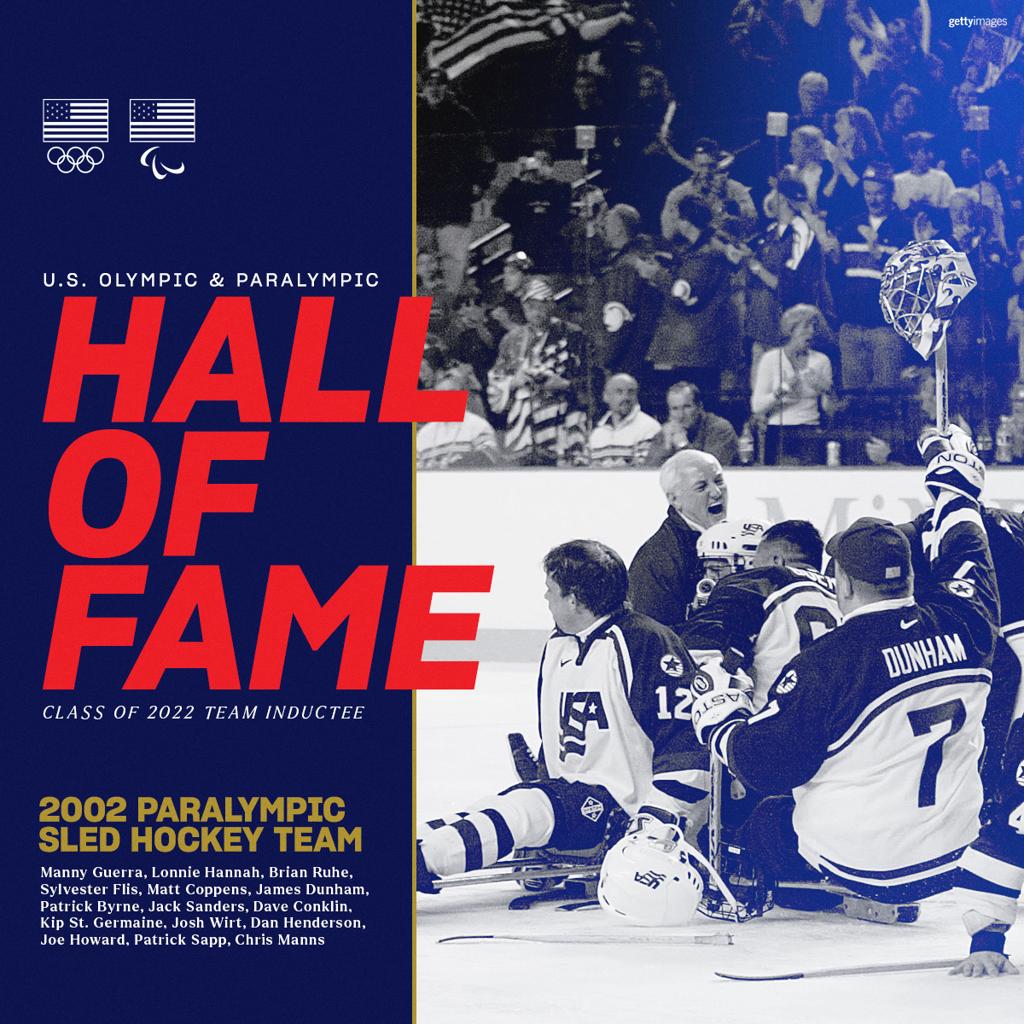 On a night unlike any other in the relatively short history of the sport, a group of American underdogs capped an unbelievable, unforgettable and unfathomable journey to the top of the sled hockey world, knocking defending champion Norway from its golden perch.

In a scene reminiscent of the 1980 “Miracle on Ice,” the U.S. closed out the 2002 Salt Lake Paralympics in front of a record crowd at the electrified E Center, beating Norway, 4-3, in a dramatic shootout.

The win allowed the U.S. to keep its golden home ice streak alive. USA Hockey’s able-bodied men’s teams have won gold in the 1960 and 1980 Winter Games, and have added the first Paralympic medal of any kind to its trophy case.

The U.S. Team finished sixth out of six teams at both the 1998 Paralympics and the 2000 World Championships, and wasn’t expected to do much better this time around.

But armed with a new coach and a new attitude, the U.S. squad sent a message that it would be a force on the sled hockey scene for years to come.

Ten of the 15 players on the U.S. roster were Paralympic rookies, and Head Coach Rick Middleton had little experience with the sport. He was, however, well versed in the ways of hockey, having played 14 years in the NHL. He brought discipline and a new system to a team that had lacked focus in the past.

“The thing that they were lacking, a lot of the players have told me, was a system; something that they could be disciplined in doing. They said they were tired of chasing guys around,” said Middleton, who signed on as head coach only a year before the start of the Paralympics.

“Looking at the tapes from Nagano and the World Championship, a lot of the games that they lost were due to defensive mistakes. They just needed to tighten up, and they did a great job of it.”

The first time the U.S. trailed in the tournament came in the early moments of the gold-medal game on Sweden’s first shot on goal.

The U.S. came back with two goals by Joe Howard, scored 67 seconds apart on assists from tournament MVP Sylvester Flis. Matt Coppens made it 3-1 early in the second period before Norway fought back.

A 10-minute overtime settled nothing, setting the stage for the second shootout of the night. (Sweden clipped gold-medal favorite Canada in a shootout to win the bronze.) 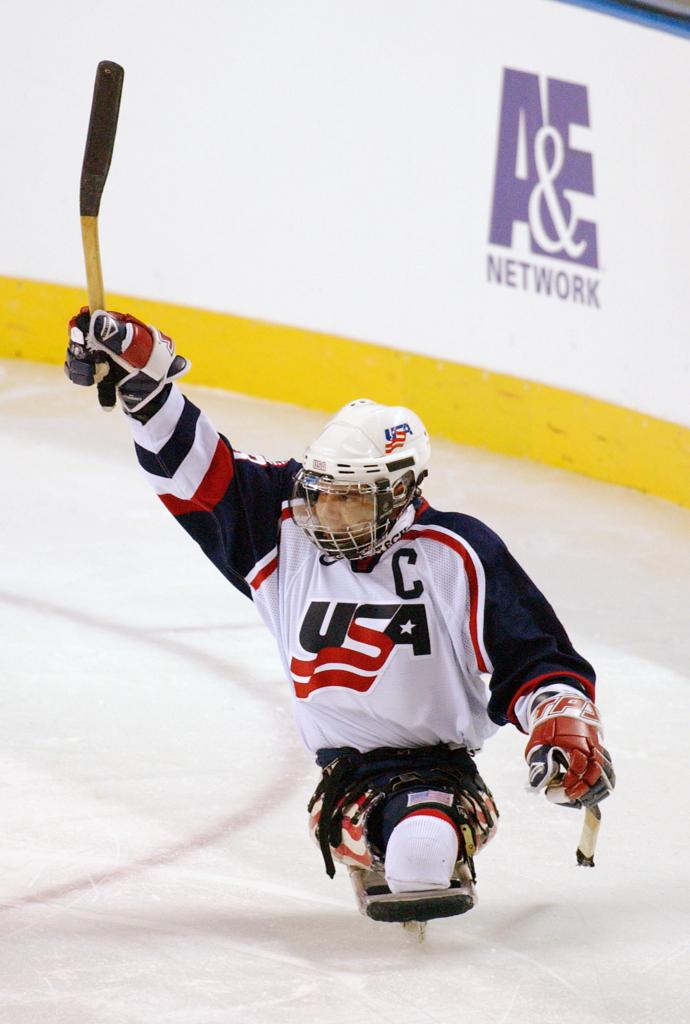 “We’ve been in shootouts before, but never one for all the marbles,” said Manuel Guerra, who was voted the tournament’s outstanding goaltender.

“The sheer rush of emotions at the end was awesome.”

Howard, who joined Guerra and Flis on the all-tournament team, brought the evening to a close with a victory lap around the arena holding the American flag as teammates basked in the golden glow of a hard-fought victory.

“It really hasn’t hit me yet,” said Howard, who proposed to his girlfriend, Carol Tribuna, at center ice after the U.S. clinched a spot in the finals after Thursday’s game.

“I can’t believe I’ll wake up tomorrow morning and this gold medal will still be in my hand.”