Their paths have crossed on several occasions before.

Whether it was the U.S. Olympic Men’s Hockey Team or an NHL rink, Chad Kolarik and Matt Gilroy have spent plenty of time together. Now they’ll be sharing an office as assistant coaches with USA Hockey’s National Team Development Program.

The duo were teammates on the 2018 Olympic team that competed in PyeongChang, South Korea. For both Kolarik and Gilroy, it was an experience of a lifetime and something they will never forget.

“It was a great experience,” said Gilroy. “It was towards the end of my career, but it was such a great way to end it. To represent your country, there is nothing like it. It was one of my favorite hockey experiences ever.”

“To be able to be around the other athletes from other sports was fun,” Kolarik said. “There were so many experiences away from the rink — such as going to a short track speed skating event and seeing the athletes, the speed and even the falling. It was a packed house. It was such a great time.”

“I played with Matt in Hartford [in the AHL], the 2017 Deutschland Cup and obviously, the Olympic games,” said Kolarik. “He is a quiet and a good man. I’m very excited to share an office and collaborate with him and learn from him.”

It even makes Gilroy realize just how small the hockey world can be.

“Chad and I have definitely crossed paths,” said Gilroy. “Hockey is a small world. I just remember that he was really competitive, and he can definitely bring that out in the kids.”

Both coaches will bring unique backgrounds to the NTDP coaching staff. Kolarik brings his experience as a former NTDP player (2002-04) and 11 seasons of playing professional hockey in the U.S. and Europe. In addition to representing the United States at the 2018 Winter Olympics, he played in two Deutschland Cups and helped the U.S. win it in 2013.

Kolarik has plenty of fond memories from his time as an NTDP player, from forming life-long bonds with his teammates, to winning a silver medal at the 2004 IIHF U18 Men’s World Championship.

Those memories made it an easy decision for him to say yes when the opportunity arose to return to the NTDP. 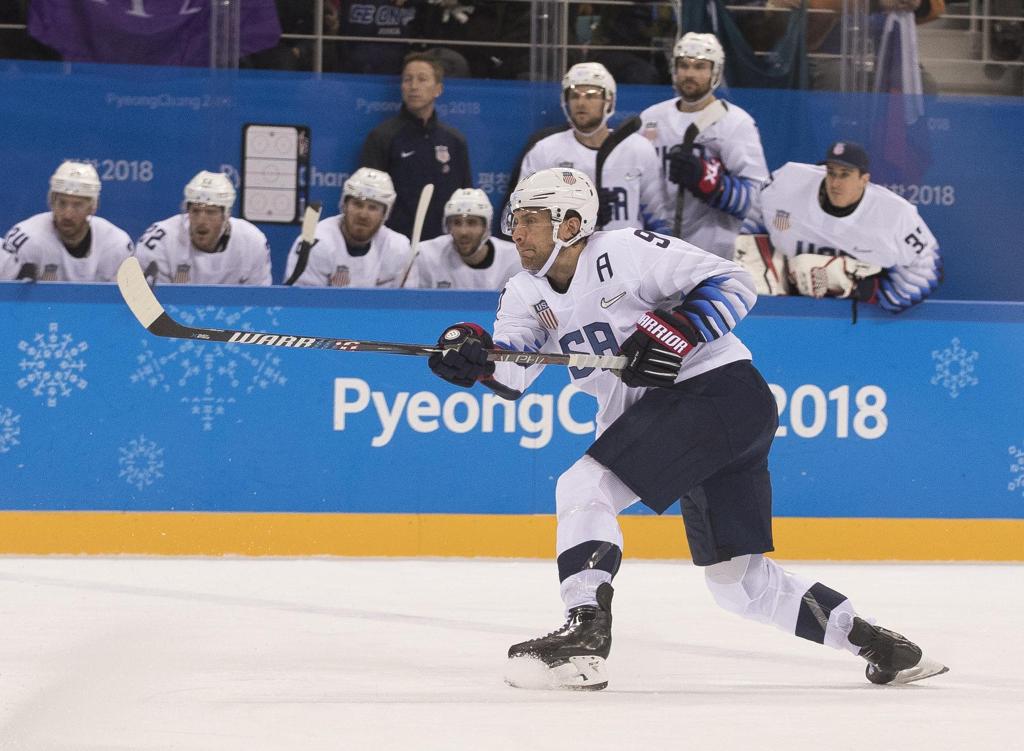 “First and foremost, whenever there is an opportunity to play or coach for your country, you go and ask questions later,” he said. “Jim Johannson [the late general manager of the 2018 U.S. Olympic men’s ice hockey team] did a lot for me as a player. It’s my time to give back.

“Selfishly for me to learn from Dan Muse, who is a former NHL coach, will only help me grow and develop as a coach. It was an easy sell.”

When it came to picking an assistant coach for the U18 team, Kolarik checked all the boxes that Muse was looking for in a coach.

“When we are looking to make hires for assistant coaches, we are looking for the right people for the environment,” said Muse. “One of the things I’m excited about with Chad coming in, number one he is a great person. He will be able to teach our players from the knowledge he has gained as a coach this past year and his experiences.”

After retiring from hockey, Kolarik began his coaching career with the USHL’s Waterloo Black Hawks as an assistant coach for the 2021-22 campaign. He learned quite a bit during his one season with the team.

“I learned it was about the player/coach relationship,” he said. “The things they are going through, I have been there and done it. I can definitely pull from my past experiences and learn from my past mistakes.”

More than anything, Kolarik is looking forward to working with the NTDP and being a part of the program once again. He knows how special this experience will be for him.

“Being able to be around these players, the USA flag and crest, it’s just something special,” he said. “You are around the best of the best for that age group. They will help you as a coach as they can see things that you may not see. It just brings tears to my eyes to think that I’m now a coach in the same environment.”

For Muse, that statement from Kolarik sums up just how special it will be to have someone who has walked the walked as an assistant coach this fall with the U18 squad. 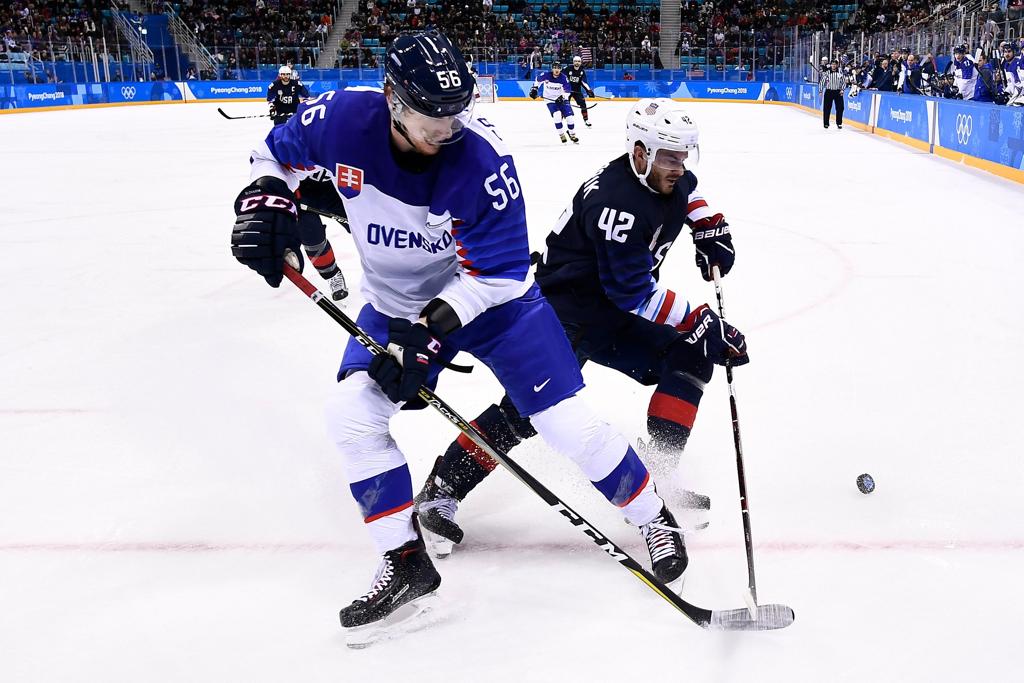 Kolarik and Gilroy were teammates at the Olympics. (Getty Images)

“It’s a bonus for me that he was a NTDP alum,” Muse said. “When you have somebody who has been in their shoes and through that experience, it’s unique. Chad has that first-hand knowledge, and it will help.”

Meanwhile, for Gilroy, it seemed like a natural transition that he would go into coaching after his hockey career was over.

“I have always been a coach; I grew up in a large family where I’m the second oldest of 10 kids,” he said. “My dad ran the basketball leagues. I taught my little brother and sisters to play hockey, basketball, how to ride a bike, and even swim.”

Gilroy’s journey in hockey took a few twists and turns along the way. He played collegiately at Boston University for four seasons (2005-09) where he began his career as a walk-on and developed into a three-time All-American and the Hobey Baker Award winner in 2009. His 10-year professional playing career included playing five years in the NHL along with time in Europe.

“The players who are going into the national program want a career in hockey and want get to places where I was,” Gilroy said. “I definitely had good coaches and mentors along that way that helped me. Now, I get to help mentor and coach these kids, and help them grow as hockey players and individuals.”

After his playing career, Gilroy spent the past two seasons as an assistant coach with the Los Angeles Jr. Kings AAA youth hockey program, coaching at the 12U and 14U age levels.

When he had the opportunity to join the NTDP as an assistant coach, it was a no brainer for him.

“The NTDP is special from top to bottom,” he said. “They have the elite players who want to get better. I get to learn from all the coaches and the high-level players. You can mold your philosophies around these players.”

When it came time to hire a new assistant coach, Nick Fohr, the U17 head coach, was looking for someone who could relate to his players.

“More than anything, he brings to our staff that he has played at the highest level,” Fohr said. “He made it to the NHL and that is where these players want to go. It adds so much value. I didn’t live that life. I can talk about it but it’s not the same.”

There is one important lesson that Gilroy has always taken with him, which is something that he can help instill in working with the U17 team this upcoming season.

“I can show that there are different routes and ways, twists and turns in your hockey career,” he said. “You need to stay with it. Be a good person and work hard and things will work out.”