Dr. Phil Johnson Has One Last Tournament in Him Before Retirement

Johnson is set to retire after 16 years as the team doctor for the U.S. National Junior Team 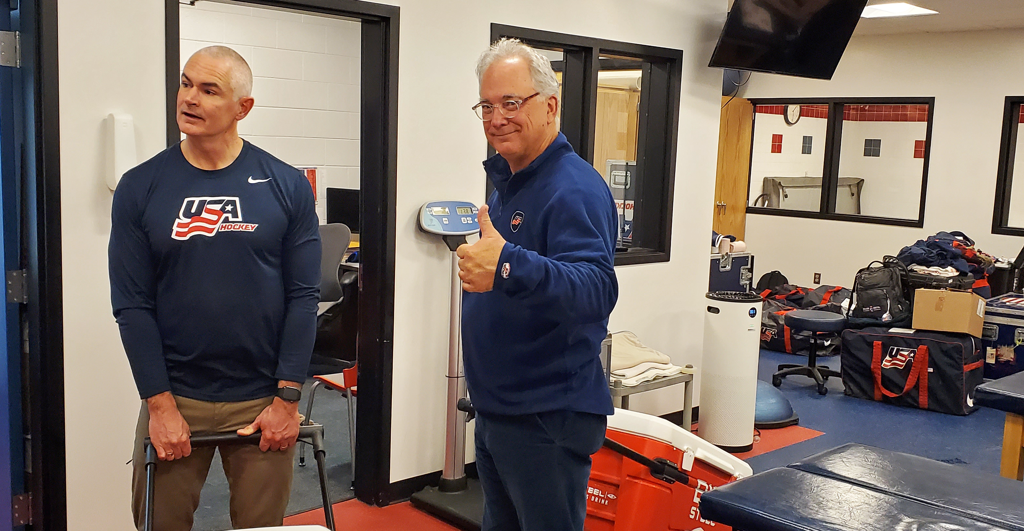 Dr. Phil Johnson, a fixture with the U.S. National Junior Team over parts of the last three decades, is “hanging up his skates” with the 2023 IIHF World Junior Championship being his last as team physician for Team USA.

It has been a rewarding experience for Johnson, who has been on the staff of 15 previous U.S. National Junior Teams.

“I have [so] many memories of my experiences with the junior team, having won four gold medals, three bronze medals and one silver,” said Johnson. “The ones I remember the most are the gold medals since they are so hard to achieve. You must have the right team chemistry and the right group of athletes. It’s amazing to me to see how these coaches can put together these teams in a short period of time.”

Two of the gold medals that Team USA earned still stick out to him today. The first was the 2021 World Junior Championship, which was played in Edmonton, Alberta, and the second one was in Regina, Saskatchewan, in 2010.

“In Edmonton, we were locked down,” he said. “We played in front of a completely empty arena and still beat the Canadians on their own soil.

“We had to stay within the barriers and if we went outside the protective zone, we would be sent home. They shut the town down too. When you are dealing with teenagers, their brain works differently. It was the most fulfilling to watch the team win it all.”

Meanwhile, the 2010 medal for Johnson was one of the toughest battles he has ever witnessed. The John Carlson game-winning goal in overtime will live in his mind forever.

“The guys had to come back from two loses in the preliminary round,” he said. “To get to the championship game against Canada was a dream. I have never been in a louder arena. To be honest the building was shaking. The game literally went back and forth. When John Carlson fired that shot into the upper corner of the net for the winner, it was remarkable. I will never forget that one.”

Johnson graduated from the University of North Dakota’s Medical School in 1984. He went on to complete a sports medicine fellowship at The University of Western Ontario, and it was at UWO where he met Dr. Mike Stuart, who is now the chief medical and safety officer for USA Hockey, and who helped chart this course for Johnson.

“Mike was instrumental in me getting involved with USA Hockey,” Johnson said. “His son Mark was playing for the National Team Development Program. He called and asked me if I would be interested as he explained to me the different events that USA Hockey was involved in — the Four Nations, the Five Nations, the World Juniors. It just took off from there.”

That one phone call changed everything for Johnson. In addition to the World Juniors, he has served as the team physician for a Men’s World Championship, the 2018 Olympics and several Under-17 and Under-18 international competitions. 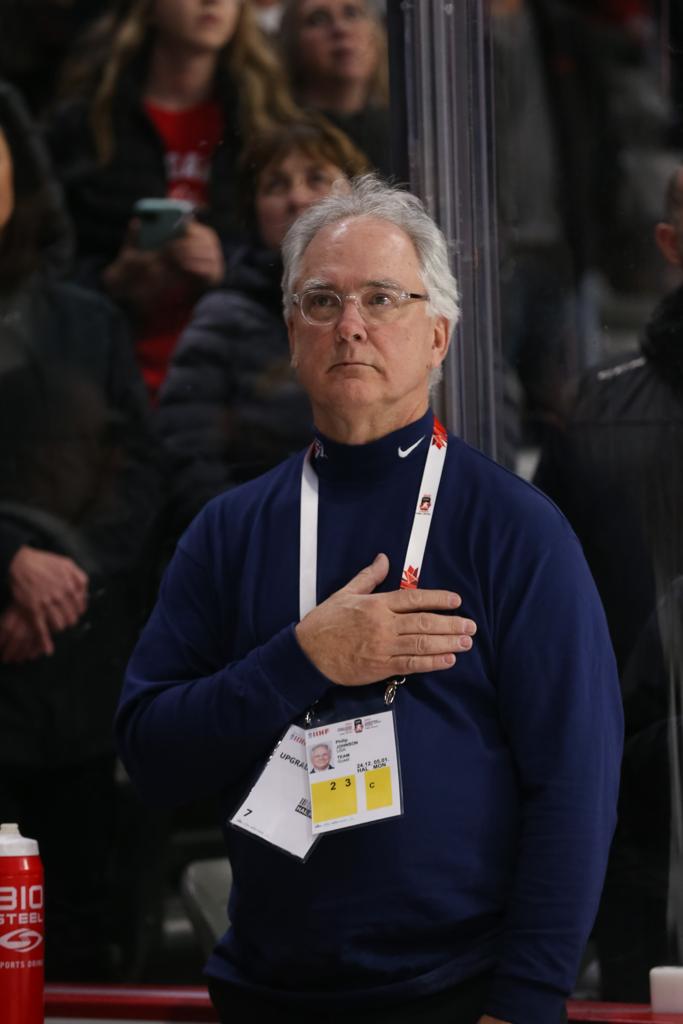 “Honestly, I cannot say enough about USA Hockey,” Johnson said. “They always make you feel welcome. The support staff are unbelievable, and it takes a team effort. It’s been a great organization to be a part of.”

Johnson received a football scholarship to attend North Dakota, but he has always had a passion for hockey.

“I grew up playing sports, including hockey, where I was a goalie,” he said. “I love the finesse and speed of the game. Hockey is unpredictable and so exciting. It’s a great fan sport to watch.”

His years traveling with the team have led to plenty of memories. His most notable travel story came from a trip to Russia nearly 10 years ago.

“In 2013, we were in Ufa, Russia, and had a good preliminary run,” recalled Johnson. “We had just beaten Russia to claim the title, and there was a mass of people in the entryway of the arena, and they were not moving."

"I go to our interpreter and tell him that we need to get on the bus so we can catch our flight," he added. "He went out and spoke to somebody and told me not to worry."

“Next thing you know, we hear a loud truck come rolling up and the back doors open, and several members of the Russian Army get out. The people just scattered so that was pretty impressive,” laughed Johnson. “We get on the bus and as we are leaving the arena, the bus gets pelted with snowballs.”

As he reflects on his career and all the memories he has made with USA Hockey, the one thing he’ll miss the most is the people.

“The people that I have worked with are the best without a doubt, even with missing Christmas [during World Juniors],” he said. “It is like your extended family – you get to see the same people every year. You celebrate the holidays together. It’s a special thing that I have looked forward to each year.”