GAME DAY: Tonight is the first meeting between the U.S. and Canada at the 2016 IIHF Women’s World Championship. Today’s game will take place at 10:30 p.m. ET (7:30 p.m. local) at the Sandman Centre in Kamloops, British Columbia.

The game will be televised in the United States on NHL Network. Follow the updates on Twitter @USAHockeyScores and join the conversation by using the hashtag #WWC2016.

On March 19, Kendall Coyne was selected as the 2016 Patty Kazmaier Memorial Award winner, presented annually to the top player in NCAA Division I women’s ice hockey. 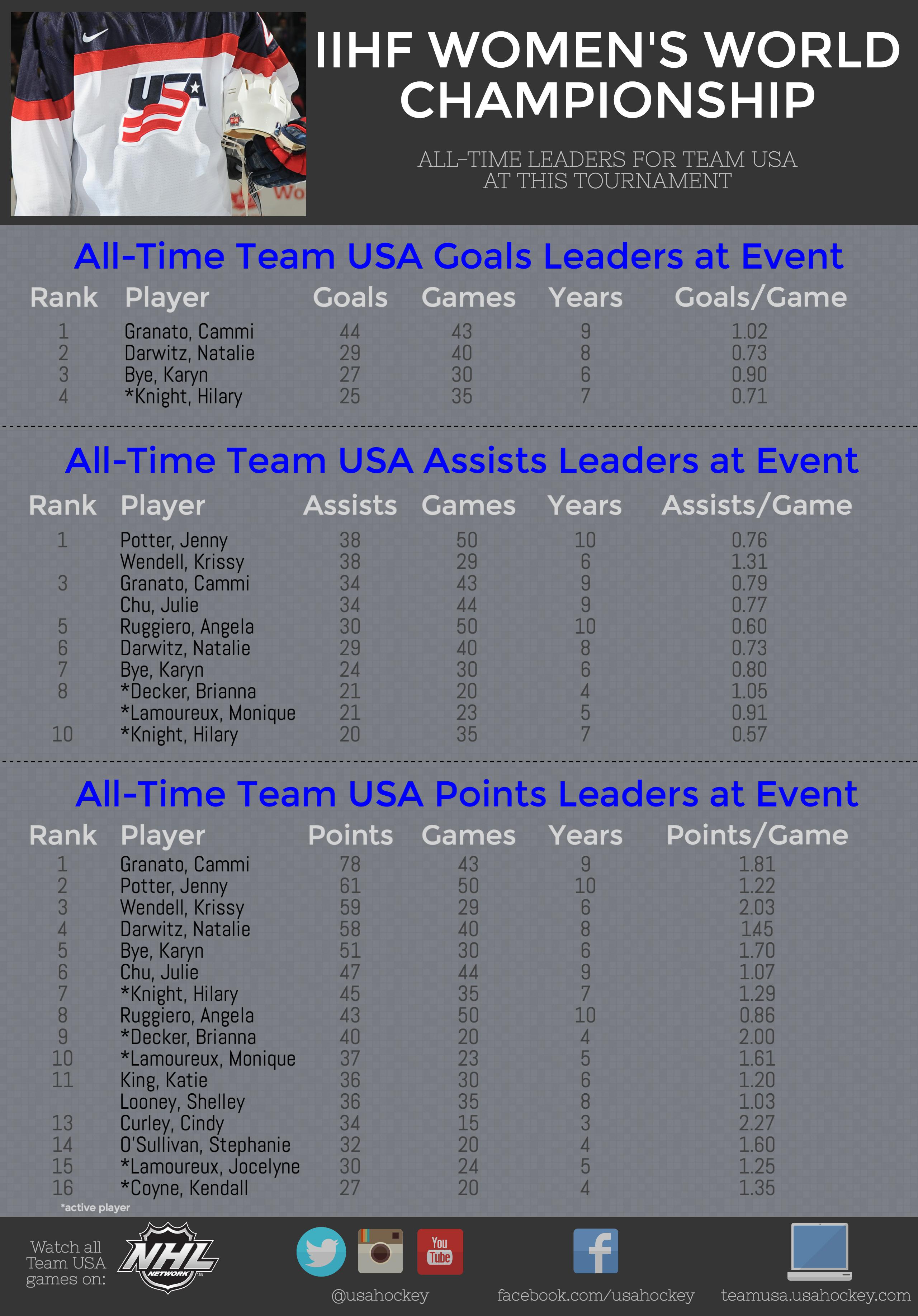 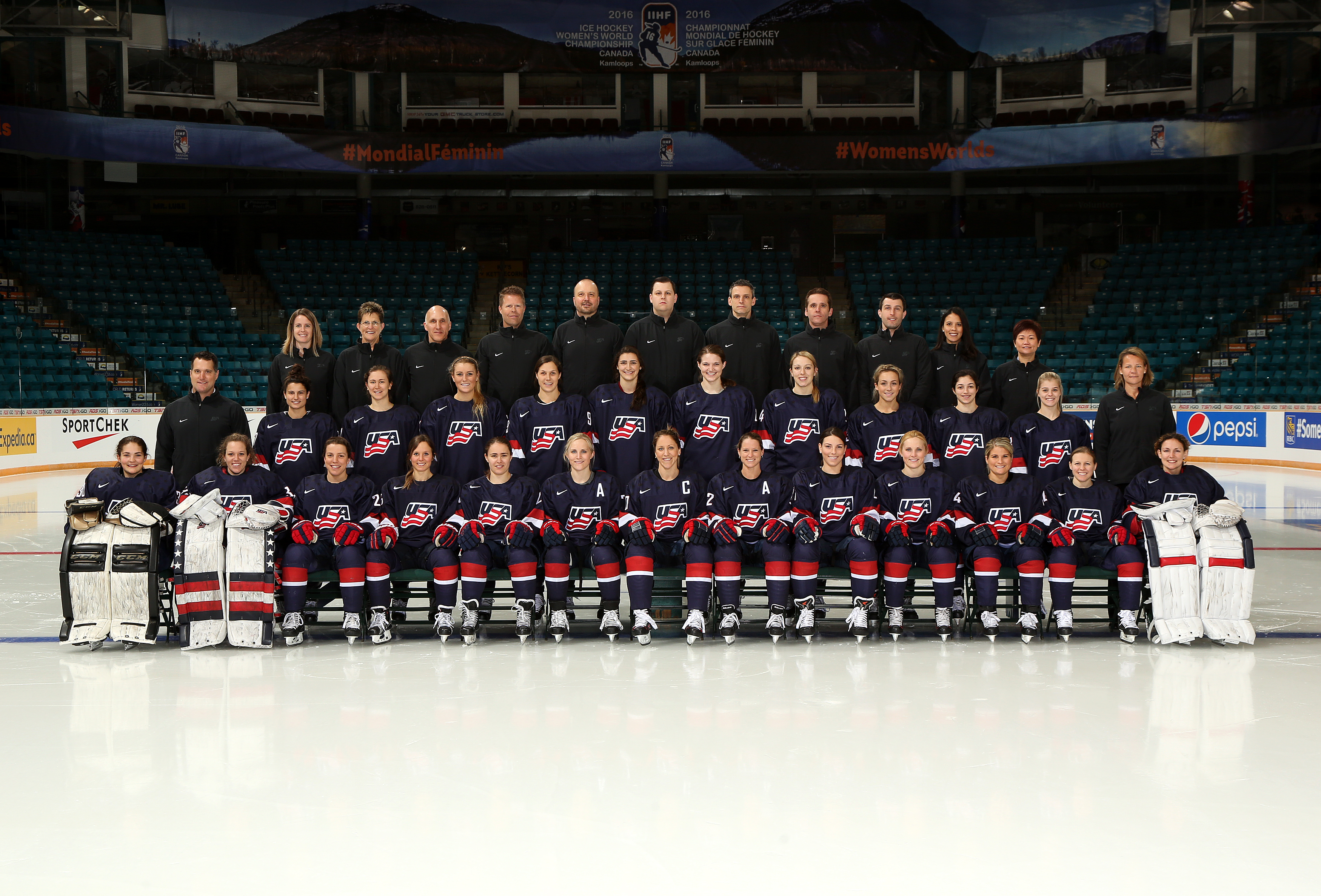 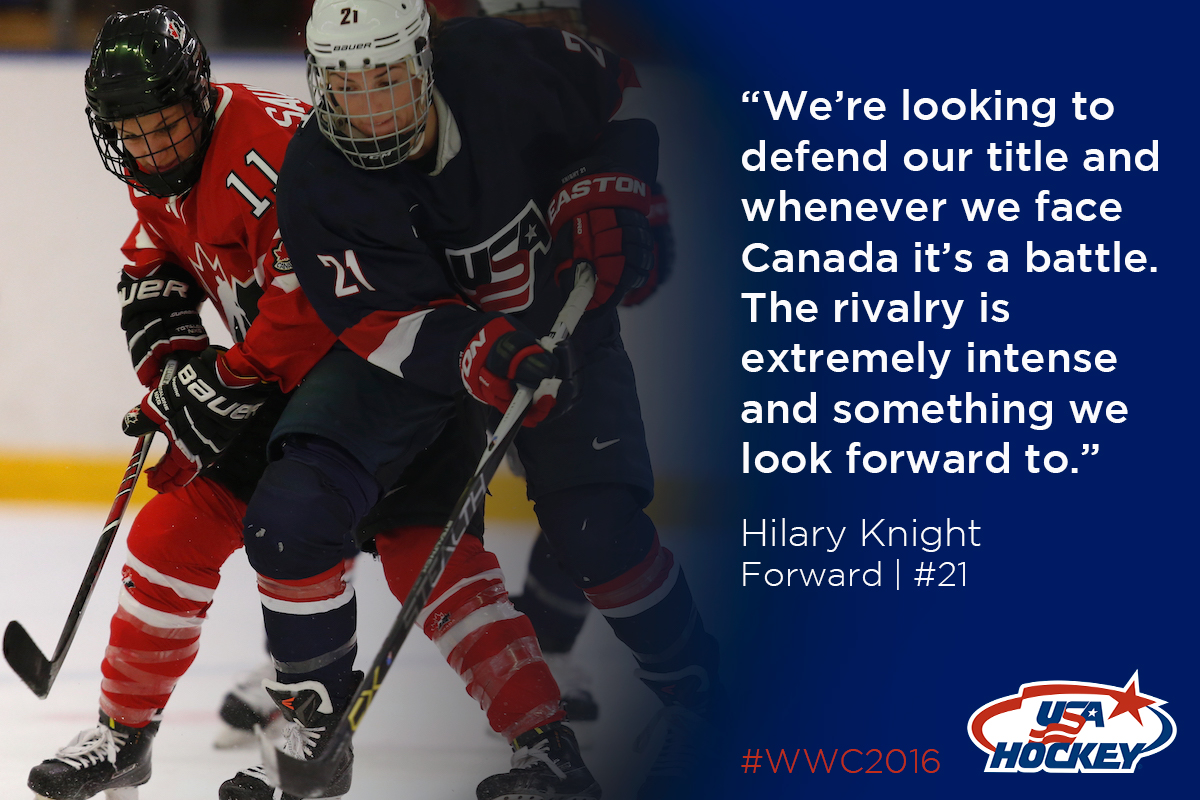