Today is the first meeting between the U.S. and Russia at the 2016 IIHF Women’s World Championship. The game will take place at 6:30 p.m. ET (3:30 p.m. local) at the Sandman Centre in Kamloops, British Columbia. Follow the updates on Twitter @USAHockeyScores and join the conversation by using hashtag #WWC2016. The game will be televised in the United States on NHL Network tomorrow, April 1, at 1 p.m. ET.

Prior to the 2016 IIHF WWC, the last meeting between the two teams at this event took place on April 3, 2015. In that semifinal game, the U.S. defeated Russia, 13-1. Team USA also beat Russia, 9-2, in preliminary round play three days earlier. In the IIHF Women’s World Championship, Team USA has a 10-0-0-0-0 record (W-OTW-OTL-L-T) overall against Russia.

Hilary Knight tallied her third goal of the tournament and Jocelyne Lamoureux-Davidson added the game-winning goal to lead the U.S. Women’s National Team to a 2-1 comeback win against Finland on Tuesday in its second game of the 2016 International Ice Hockey Federation Women’s World Championship. Knight's goal put her in sole possession of third place on Team USA's all-time goals list (28) at this event. The U.S. outshot Finland, 51-7. Lamoureux-Davidson was named the U.S. Player of the Game. Team USA is now 2-0 in the tournament and has outscored its opponents 5-2. 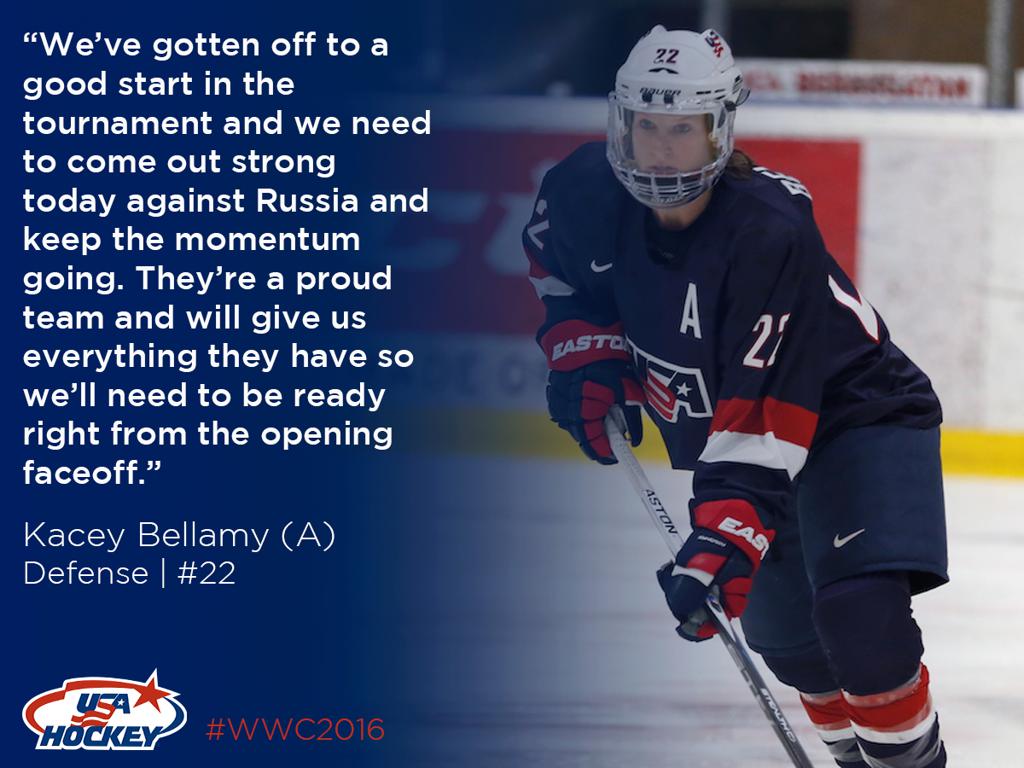 Coaching and Correcting the Fundamentals of Skating

Montoya believes if young Hispanic players get to try hockey, they’ll fall in love just as he did