Stauber most recently served as head coach of the U.S. Women's National Team that captured the gold medal at the 2017 International Ice Hockey Federation Women's World Championship in Plymouth, Michigan. A few months earlier, Stauber guided the U.S. in a pair of games against Canada, including the first-ever Team USA Winter Champions Series.

"Robb knows what is takes to win at the highest levels of the game," said Jim Smith, president of USA Hockey. "We're excited to have him lead our U.S. Women's National Team up to and through the 2018 Olympic Winter Games."

"Robb has been completely invested with our women's national team program for many years," said Gavin Regan, vice president of USA Hockey and chair of the organization's international council. "We're extremely pleased to have him lead our team in PyeongChang."

"We are extremely confident in Robb's ability to effectively lead and develop this team," said Reagan Carey, director of women's hockey for USA Hockey. "He has been instrumental for a number of years and has most recently helped shape our team and enhance our brand of hockey as we prepare to win gold in 2018." 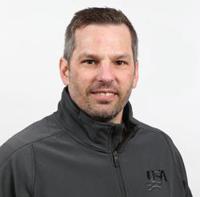 The 2017 IIHF Women's World Championship marked the the first time Stauber served as head coach of Team USA for the world championship and the fifth time he was on the coaching staff at the tournament. He also served on the U.S. Women's National Team coaching staff at the Four Nations Cup six times (2011-16) and was part of the staff for the U.S. Women’s Under-22 Select Team at the Under-22 Series vs. Canada four times (2012, 2014-16).

"We're excited to have Robb coach our team," said Dave Ogrean, executive director of USA Hockey. "He's very much in tune with our player pool and his passion is evident every day."

Along with his coaching accomplishments, the native of Medina, Minnesota has an extensive background as a player, including 10 years of professional hockey and a stellar collegiate career with the University of Minnesota where he received several honors and became the first goaltender to win the Hobey Baker Memorial Award (1988). He also represented the U.S. at the 1987 IIHF World Junior Championship and 1989 IIHF Men's World Championship.

"It's a tremendous honor to represent USA Hockey and our country in this capacity," said Stauber. "It's a privilege I don't take lightly and, at the end of the day, our mission is very straightforward and that's to win the gold medal in PyeongChang."