The Stanley Cup winner carries memories with him from Minnesota

One of the career highlights for New York Islanders defenseman Nick Leddy to this point was the opportunity to take the Stanley Cup back to his hometown of Eden Prairie, Minnesota.

The 26-year-old Leddy is preparing to begin his fourth season as a top defenseman with the New York Islanders. But previously, Leddy spent four seasons with the Chicago Blackhawks and won the Stanley Cup in 2013.

“It was awesome,” Leddy said. “Getting to bring it back to where I grew up, and the place where they have given me everything, it was great to give back.”

It’s a place that’s special to Leddy, having helped develop the star defenseman into the player and person he is today.

Leddy impressed as a sophomore at Eden Prairie High School, but broke out his junior year with six goals and 28 points. The USA Hockey National Team Development Program (NTDP) recognized Leddy’s ability and invited the talented defenseman to join them in Michigan.

Leddy participated in several overseas select tournaments, but never officially played for the NTDP. Instead, Leddy opted to return and play high school hockey with his friends and teammates, where he enjoyed a dynamic, dream senior season.

Leddy led the Eagles to the Minnesota State High School League Class AA championship, was named the state’s prestigious Mr. Hockey Award winner, signed a letter of intent to play at the nearby University of Minnesota and was drafted in the first round of the NHL Draft by his hometown Minnesota Wild. 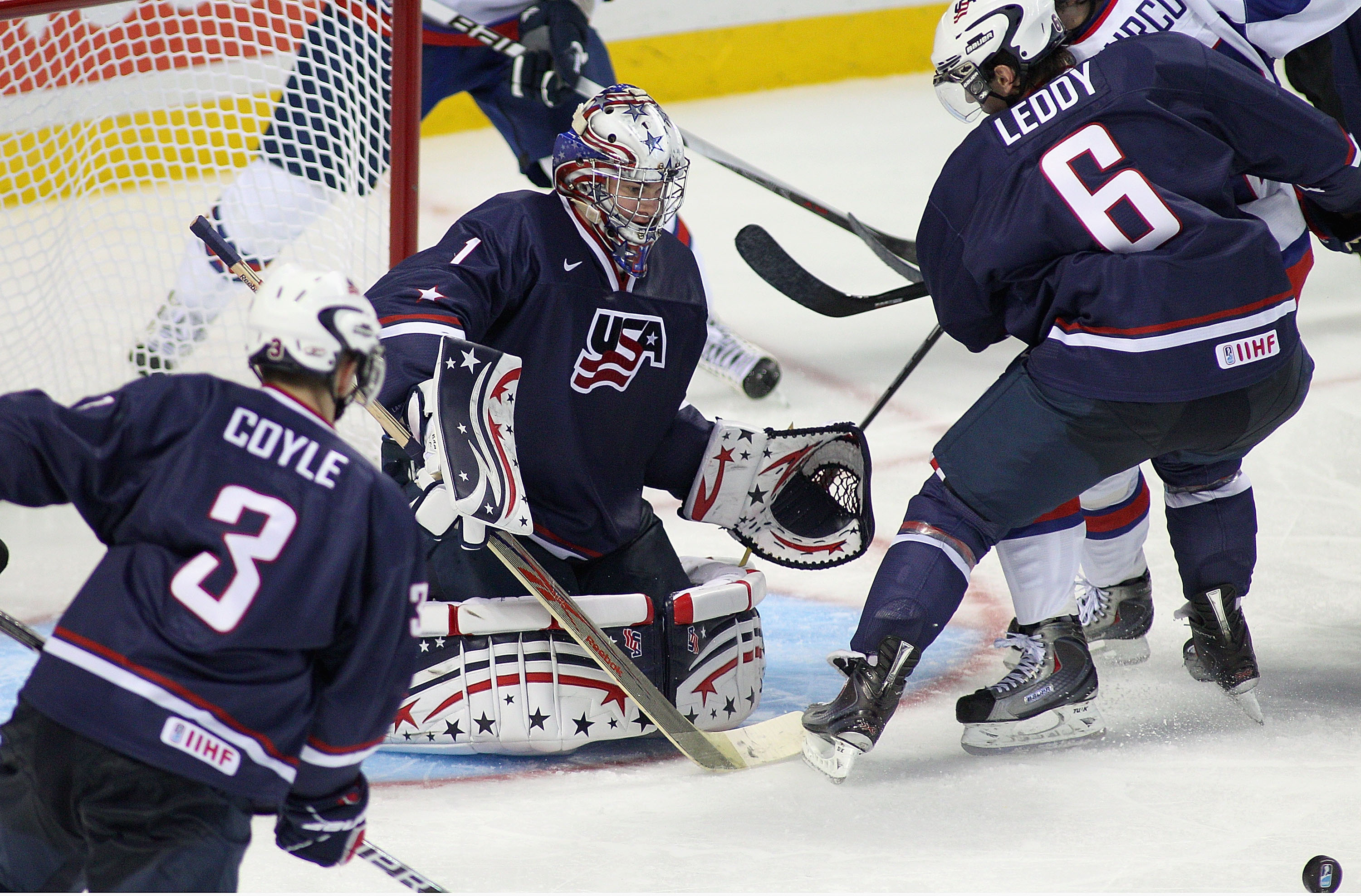 “Winning Mr. Hockey was such a privilege,” Leddy said. “Going into my senior year, I definitely didn’t expect it, but I would say, it’s a great honor to be thought of like that and it’s something I’ll never forget.”

Lee, a standout high school athlete himself, played hockey at Edina High School, a local rival of Eden Prairie’s less than 10 miles down the road.

“I think I first played against [Leddy] in squirts,” said Lee, a finalist for the Mr. Hockey award won by Leddy. “We always both had really good teams and I always remembered Nick was such a gifted skater with the way he’d see the ice.

Leddy’s next opportunity to shine was at the University of Minnesota where he spent one season before turning professional. Leddy was named the Gophers’ rookie of the year, ranking third among defensemen with three goals and 11 points.

“I played one year at Minnesota, but I thought I had great development there,” Leddy said. “I still keep in touch with a lot of those guys and I’ll definitely never forget those days.”

Leddy was drafted No. 16 overall by his hometown Minnesota Wild in 2009, but the following year, the talented defenseman’s rights were traded to the Chicago Blackhawks.

That’s where he spent his next four seasons, including continued development and stints in the American Hockey League with the Rockford IceHogs. 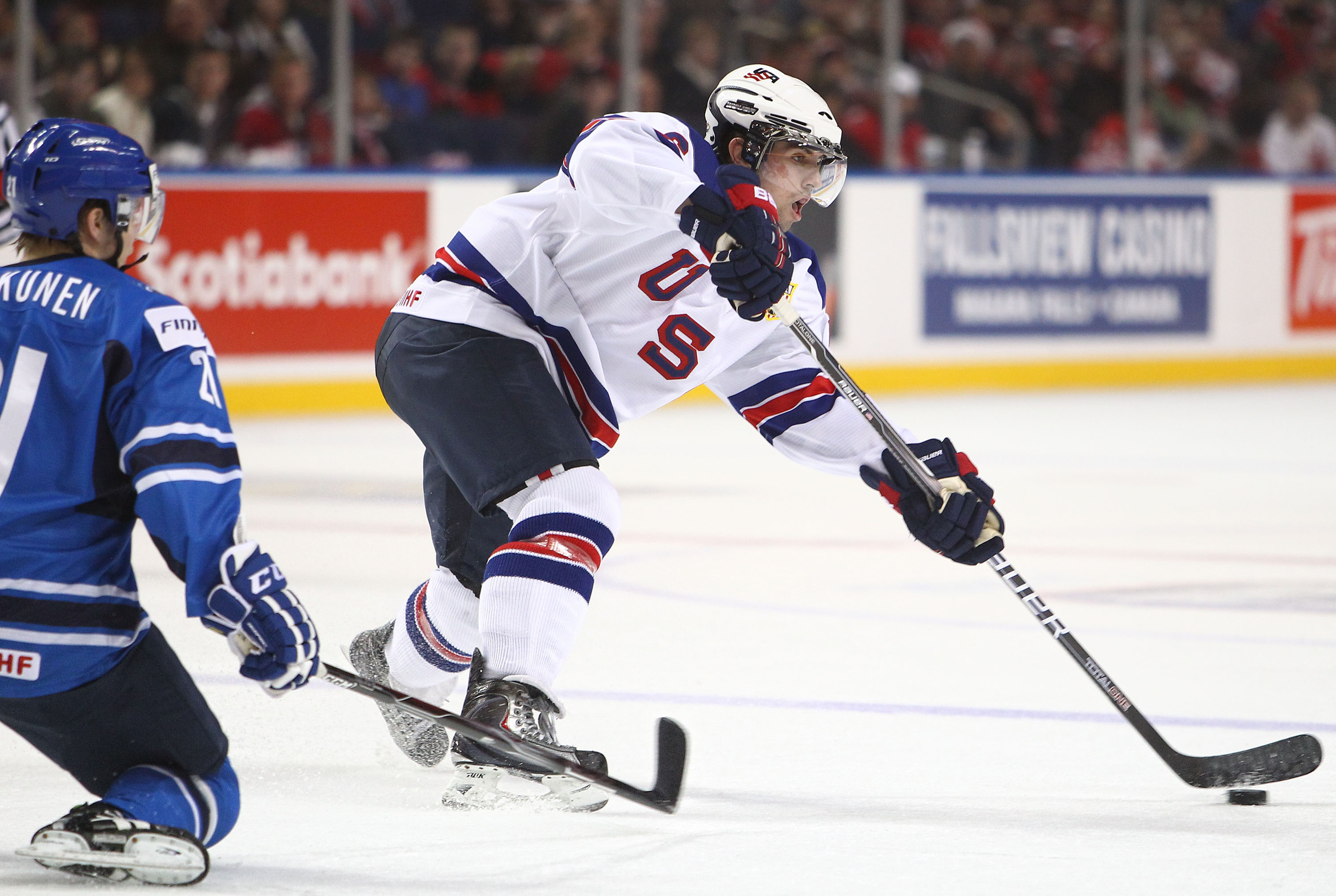 In addition to winning the Stanley Cup with the Blackhawks, Leddy enjoyed another career highlight when he represented the United States in the 2011 IIHF World Junior Championship. It was an event where Leddy collected three assists in six games as the Americans earned a bronze medal on home ice.

The opportunity fulfilled another dream for Leddy that started in his hometown.

“I think it’s kind of a cliché that everybody uses, but it’s so true,” Leddy said. “Playing for your country is huge and it’s just an honor to put on that jersey.”

Now entering his fourth season in New York, Leddy hopes to win a cup for the Big Apple, as well as another one to take back home for Eden Prairie.