Throughout his four years in high school, Declan Farmer got pretty good at juggling his academic life with training as a U.S. National Sled Hockey Team member.

When Farmer enrolled at Princeton University a year ago, he knew the time commitment and dedication it took to be a top-notch student-athlete. However, college was a different beast.

“It’s definitely a tough balancing act,” said Farmer, who is in his sixth year on the national team. “I had four years of practice with it in high school, missing 30 to 40 days each year to travel for hockey and then trying to do work on the road. That was definitely a little bit of a warmup for last year, but managing college courses is definitely a step up one would expect.” 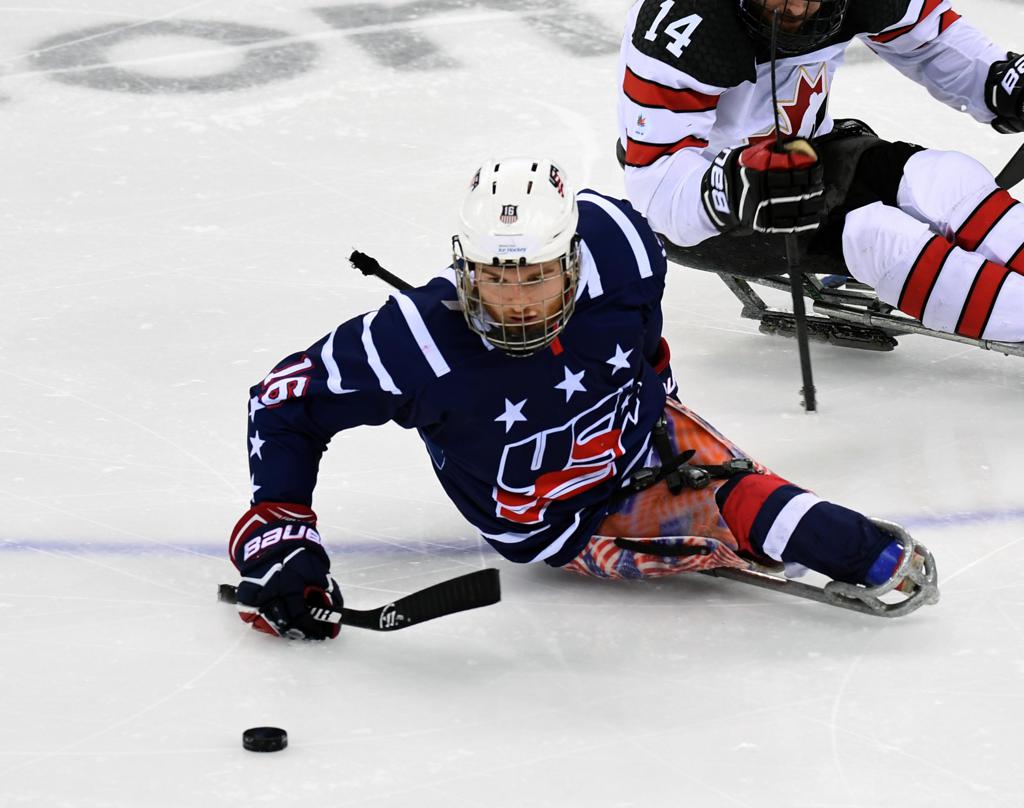 Farmer’s teammates Jack Wallace and Noah Grove are also attending college and getting prepared for the Paralympic Winter Games PyeongChang 2018. In the last three years, 10 national team members have had to multitask school with training.

Wallace is in his sophomore year at The College of New Jersey (TCNJ) where he’s studying biomedical engineering.

“I didn’t do myself any favors,” he joked about his tough degree.

Like Farmer, who has yet to declare his major but is considering economics, Wallace was able to get a taste of the juggling act in high school while competing on the U.S. Development Sled Hockey Team.

Grove is a national team member for the second year. He prepared for the big jump to his freshman year at the University of New Hampshire by participating in the International Baccalaureate program while in high school.

“It definitely prepared me for the workload, but I guess one of the big differences here in college is the grading and stuff is a lot tougher,” said Grove, a biomedical science major. “So, you definitely have to put more time into it.”

All three student-athletes tediously work out their schedules in advance so they don’t waste any valuable time that could be spent studying or training.

Farmer, 19, gets up every weekday morning at 7:30 a.m. and lifts weights before attending classes from 10 a.m. to 1:30 p.m. He’ll skate after school or ride his hand cycle in his room in the evening.

“I just get to my homework and studying in the downtimes there,” Farmer said.

Grove, 19, sits down every Sunday with a spreadsheet he created and logs everything he has going on during the upcoming week. That way, he can plan when he has free time to dedicate to hockey. It’s been a trail-and-error process in his freshman year to figure out what works.

Wallace, who is taking four and a half courses this semester, uses any two-hour blocks of time in between classes to hit the gym. Fitting in time to skate is tougher since the rink Wallace uses is a 50-minute drive. That means he needs a four-hour chunk to set aside; he’s still able to get on the ice once or twice a week. 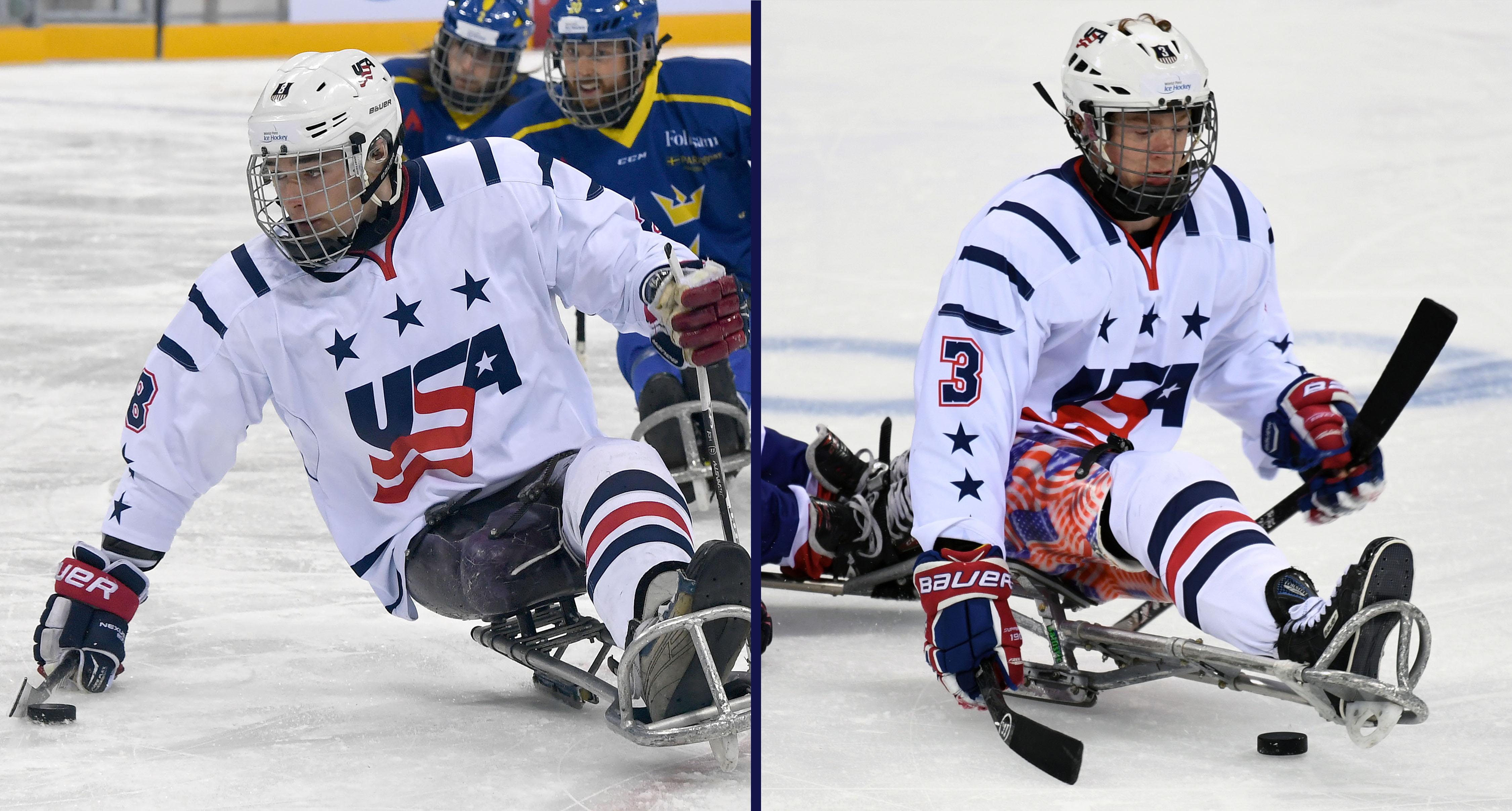 “I don’t have too much free time between training and going to class and the work in between classes,” Wallace said. “Depending on the week, I’m usually doing 20 to 30 hours of work outside of class for class, plus 10 hours-plus of training.”

One big challenge this year for the student-athletes is getting ready for the Paralympic Games this coming March. Farmer, Wallace and Grove will all have their first semesters in the books before training intensifies around the start of the new year.

Wallace has already decided to take the spring semester off from school and move to Chicago to live in a house with most of his teammates to train for the Games.

“I decided to take that semester off and just put all of my energy into it,” Wallace said.

It was a tough decision, but after talking to his school advisor, Wallace will be able to enroll in summer courses and should stay on track to receive his undergraduate degree in four years.

Farmer will continue taking courses in the second semester, but he’ll sign up for a lighter load. He took five courses last spring semester so he’ll only need to take three classes — one possibly on a pass/fail grading system — this coming spring.

“I balanced it in high school, so I figured I could do it again this year,” Farmer said.

Farmer will miss the majority of the first half of the semester with several training camps prior to heading over to South Korea for three weeks.

Grove is still weighing his options, but is looking at enrolling for a few online courses in the second semester. He can’t afford to get too behind with his major courses. Grove is planning to head to medical school — where he wants to go into orthopedic oncology — after receiving his undergraduate degree.

Farmer, Wallace and Grove know going above and beyond in the classroom and on the rink is what’s going produce positive results. Even though they are all still teenagers, they’ve had big dreams all their lives.

“It’s obviously a constant grind, but if you know what you’re working for and you’re willing to make that dedication and make those sacrifices then that’s on you and you should be willing to do it to get a gold medal,” Wallace said. 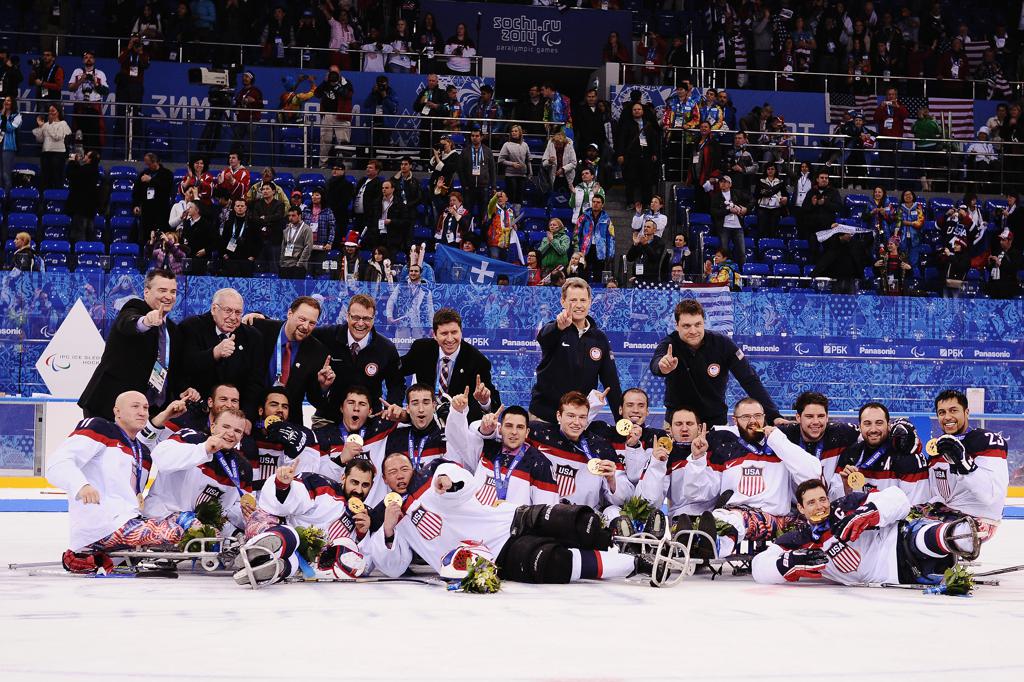