Gionta to serve as captain

USA Hockey announced the first 23 players to its 2018 U.S. Olympic Men’s Ice Hockey Team today, including 15 who currently play professionally in Europe, three that compete in the AHL and four that play collegiately. The squad will represent the United States at the 2018 Olympic Winter Games Feb. 9-25 in PyeongChang, South Korea. 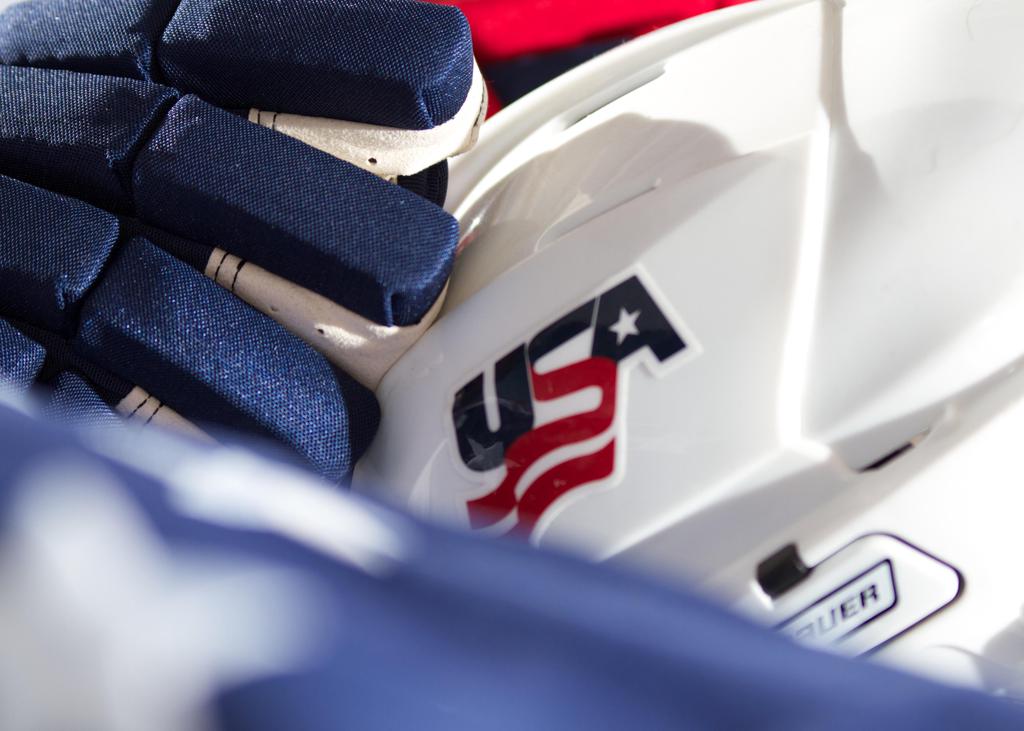 It was also announced that Brian Gionta (Rochester, N.Y./Boston College), who played for Team USA in the 2006 Olympic Winter Games and has played in 1,006 regular-season NHL games, will serve as team captain of the 2018 U.S. Olympic Men’s Ice Hockey Team. Gionta, who helped the New Jersey Devils win the Stanley Cup in 2003, has played for the U.S. in international competition on six previous occasions, including twice at the IIHF World Junior Championship, three times at the IIHF Men’s World Championship and the 2006 Olympics.

“We really like our roster,” said Jim Johannson, general manager of the 2018 U.S. Olympic Men’s Ice Hockey Team and also the assistant executive director of hockey operations for USA Hockey. “It’s a group that brings versatility and experience and includes players who have a lot of passion about representing our country."

Johannson noted that two goaltenders will be added by mid-January to fill the 25-man roster.

While Gionta is the only Olympian on the roster, 21 other players have donned the U.S. jersey in international competition and captured 13 total medals.

Team USA’s forward lineup is highlighted by three of the top point getters in the National League in Switzerland, including Marc Arcobello (Milford, Conn./SC Bern/Yale University), who leads the league with 39 points (13-26) in 33 games played. Broc Little (Phoenix, Ariz./HC Davos/Yale University) and Garrett Roe (Vienna, Va./EV Zug/St. Cloud State University) are tied for third with 31 points each. The U.S. offense will also feature the talents of Chris Bourque (Boston, Mass./Hershey/Boston University), who leads the AHL with 39 points (11-28) in 34 games played for the Hershey Bears and Harvard University’s Ryan Donato (Scituate, Mass./Harvard University), who is fourth in NCAA Division I men’s ice hockey in points per game (1.45).

Matt Gilroy (North Bellemore, N.Y./Jokerit/Boston University), who played 225 games in the NHL and won the 2009 Hobey Baker Memorial Award as the top player in NCAA Division I men’s ice hockey, will anchor the blueline. He is tied for sixth in points among defenseman in the Kontinental Hockey League with 25 (6-19) in 44 games with Jokerit. The U.S. will also rely on the talents of Ryan Gunderson (Bensalem, Pa./Brynas IF/University of Vermont), who leads all Swedish Hockey League defensemen with 25 points (4-21) in 31 games played and James Wisniewski (Canton, Mich./Kassel), who currently tops all blueliners in the DEL2 with 36 points playing for Kassel. Wisniewski, who has played 552 regular-season NHL games, helped the U.S. win its first-ever gold medal in the IIHF World Junior Championship in 2004.

In goal, Ryan Zapolski (Erie, Pa./Jokerit/Mercyhurst University), who is one of three players from the Jokerit named to Team USA, is fifth in the league with a 1.68 goals against average. He is 21-8-3 on the season with a .935 save percentage.

The 2018 Olympic Winter Games will take place Feb. 9-25 in PyeongChang, South Korea. The U.S. Olympic Men’s Ice Hockey Team opens play on Feb. 14 when it faces Slovenia in its first preliminary round game.