Torino Tournament Next Up for U.S. National Sled Team

The seventh edition of the Turin Para Ice Hockey International Tournament — a staple of the international calendar hosted by Sportdipiu — will include the U.S. Paralympic Sled Hockey Team for the first time when the five-day event kicks off on Jan. 22 at the Palaghiaccio Tazzoli.

The tournament will feature three of the top five teams from last year’s World Championship, including silver medalist Team USA, fourth-place Norway and fifth-place Italy. It will be a major indication of how the teams stack up with less than two months until the 2018 Paralympic Winter Games in PyeongChang, South Korea.

Coming off a record sixth World Sled Hockey Challenge victory in December, all 17 players on the U.S. Paralympic Sled Hockey roster moved in together in Chicago to build closer bonds prior to the start of the Games in March.

“I think we might see a whole new level of sled hockey in Torino,” said Nikko Landeros, an alternate captain for the 2018 U.S. Paralympic Sled Hockey Team. “Heading to Italy, everyone’s confidence is up after getting that World Sled Hockey Challenge win. Now, having us all in one spot to train means hopefully the game will just come to us better and we won’t have to force things on the ice.”

As a nine-year veteran of the program, though, Landeros is the first to admit there’s still unequivocal room for improvement on the ice. In particular, he advocates the team must work on its power play game and cycling the puck better. 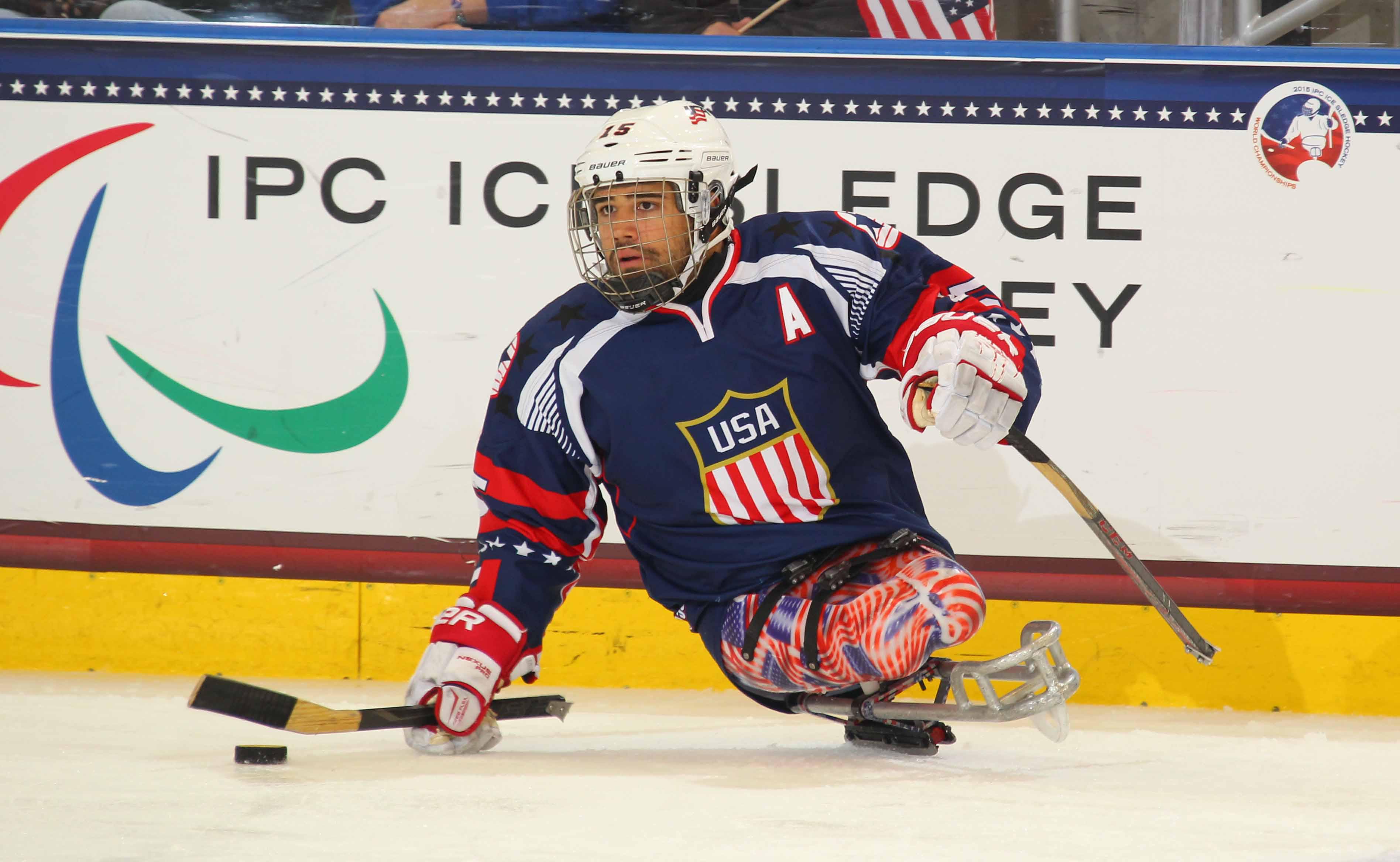 According to Landeros, team camaraderie is skyrocketing this month and the squad’s 10-day international trip to Torino is expected to further both the team’s on- and off-ice chemistry thanks to a dose of comic relief.

Take, for example, Landeros’ answer when initially asked his expectations for Torino.

“The food will be good,” he joked.

Team USA’s light-hearted approach stems from its cheerful captain, Josh Pauls, nicknamed “Spuds” due to his unique ritual of facing a Mr. Potato Head figure toward the opponent’s locker room before every game.

Lately, Pauls has been mentoring a fellow New Jersey native on the team, 19-year-old Jack Wallace, who’s having a breakthrough season in his second stint with the national squad.

“When I first saw [Josh] play at the Paralympics back when I was on the junior team, that drove me to set my goal to be to play at this level,” Wallace said. 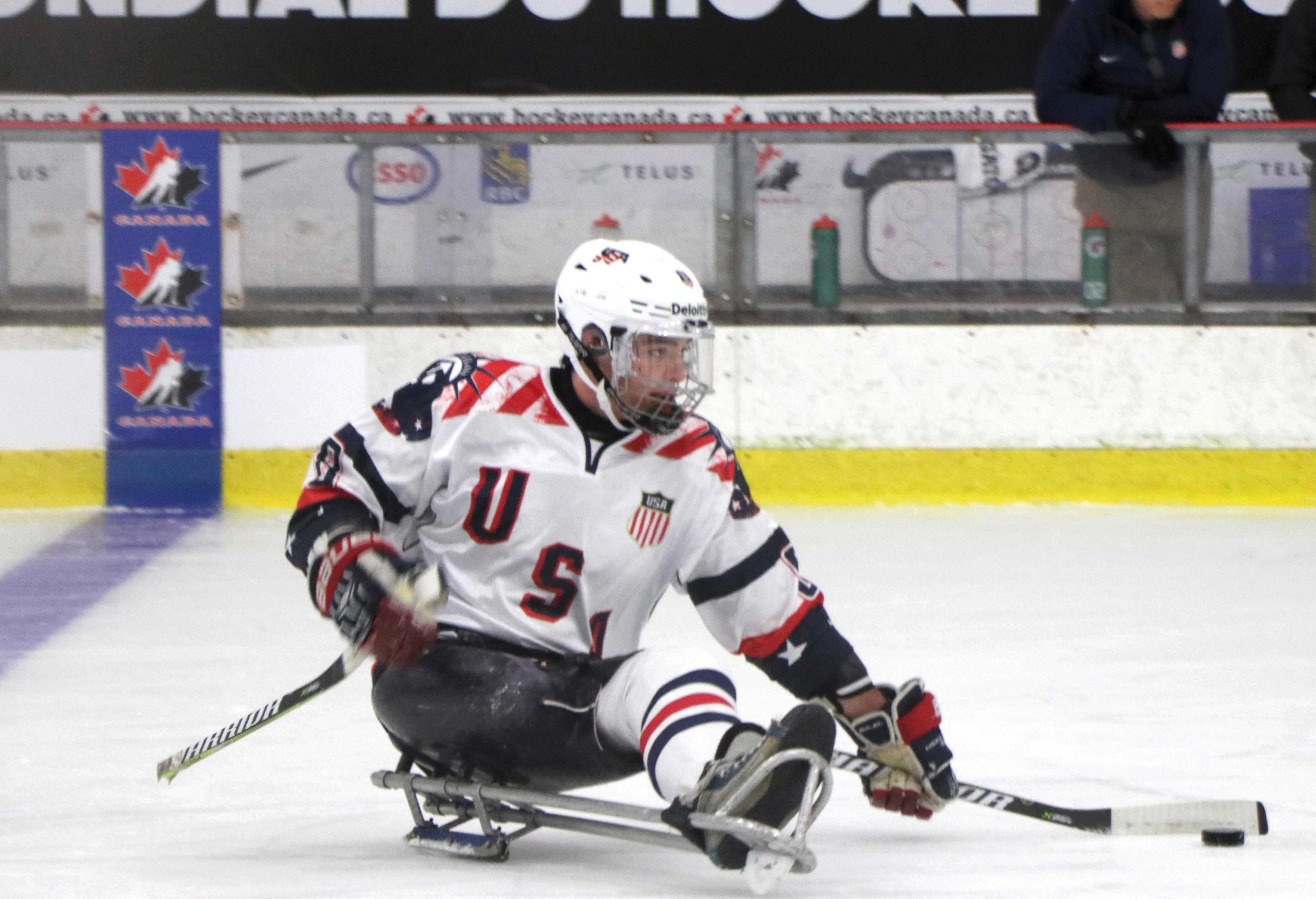 After splitting time between defense and forward last season, Wallace seems to have found his place on a new forward line this season alongside Declan Farmer and Noah Grove.

At the World Sled Hockey Challenge, Wallace was one of the biggest contributors, ranking fourth on the team with seven points (four goals, three assists) in five games.

The 6-foot-3 forward is constantly watching film of fellow attackers Farmer and Brody Roybal to see how he can get better, but he’ll always revert back to the athlete who got him into the sport when he needs advice most: Spuds. 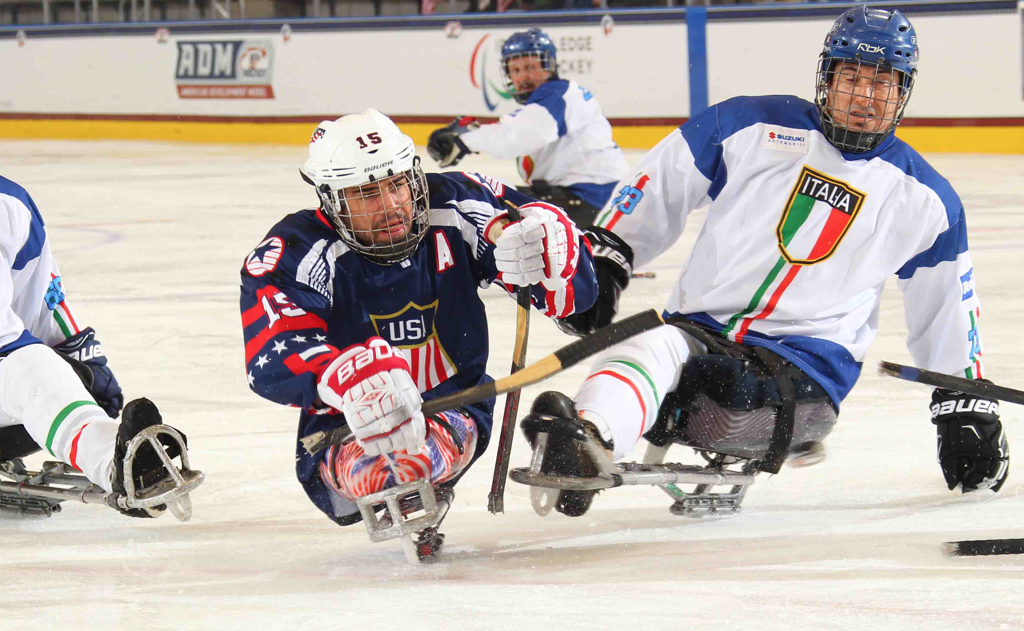