The U.S. Women Get Down And Dirty In Olympic Opener

GANGNEUNG, South Korea – Like its gridiron counterpart, hockey games are usually won in the trenches. That’s the dirty areas in front of the net and in the corners that aren’t for the faint of heart.

Playing its opening game of the Olympic tournament, the U.S. Women’s Team got down and dirty tonight to escape with a hard-fought, 3-1, victory over a stubborn Finland team. Leading the way were the Lamoureux sisters, who once again showed that they aren’t afraid to muck it up if it means coming out on top. 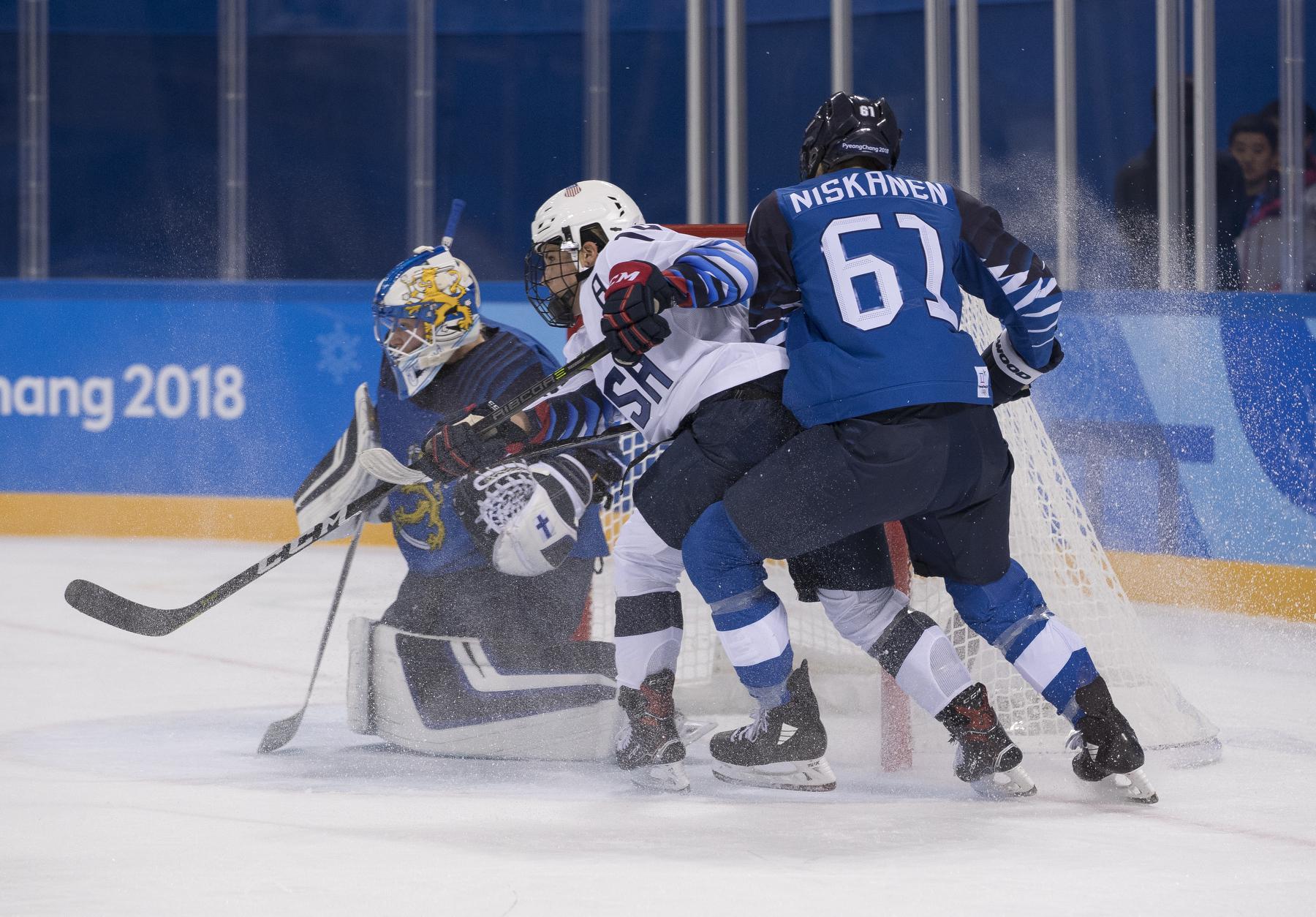 The U.S. was tested in a 3-1 victory over Finland to open the Olympics

“We knew we’re going to face some tough goalies in the tournament so this was a good test for us,” said Monique Lamoureux-Morando, who tied the game in the second period on an unassisted goal.

It was the kind of goal head coach Robb Stauber had been looking for on the road to South Korea.

After spending much of the pre-Olympic tour watching his team’s tic-tac-toe passes come up a toe short, Stauber and the rest of the U.S. coaching staff felt that the team needed to get back to the basics and implement a no-frills approach to generating more goals.

“We stressed having that mindset that getting more pucks to the net is in our best interest,” Stauber said after his team’s 42-shot performance. “Our belief is that if we do that some of the prettier stuff will open up.”

And just like the coaches drew it up on the whiteboard, the Lamoureux sisters put the plan into motion as Jocelyne’s aggressive forecheck took care of a Finnish defender, leaving her sister alone in front of the net, where she followed up her own rebound – twice – to finally beat Finnish goaltender Noora Raty.

“It’s really hard to beat Noora off the first shot or the first play so I was able to find my second rebound and put it in there,” said Monique, who made the transition from the blueline to a line with her sister toward the end of the pre-Olympic tour.

The move is already paying off as Stauber is able to roll four capable lines. The first line was another reunion of sorts as the top trio from the previous IIHF Women’s World Championship was brought back together with Hilary Knight joining Kendall Coyne and Brianna Decker.

The chemistry between the three of them was almost instantaneous as they dominated the second period and teamed up for the decisive goal as Knight set up Coyne for the winning goal.

“I had to cheat toward Hilary because she has the hardest shot in the world,” the former University of Minnesota goaltender said. “This was first time she decided to pass the puck and I paid for it.”

With the Olympic Athletes of Russia up next and the four-time defending champions from Canada on the horizon, the U.S. can use all the firepower it can muster if it’s going to win its first Olympic gold in 20 years.

The Lamoureuxs have already shown that they’re more than willing to do their part, and pity anyone who stands in their way.

“One of the biggest things about our game is our grit and our tenacity,” Monique said. “We can score pretty goals but we’re not afraid to get in the mix of it and get some dirty ones. We know that’s how we’re going to have to score at the Olympics, especially against some of the goaltenders we’ll face here.” 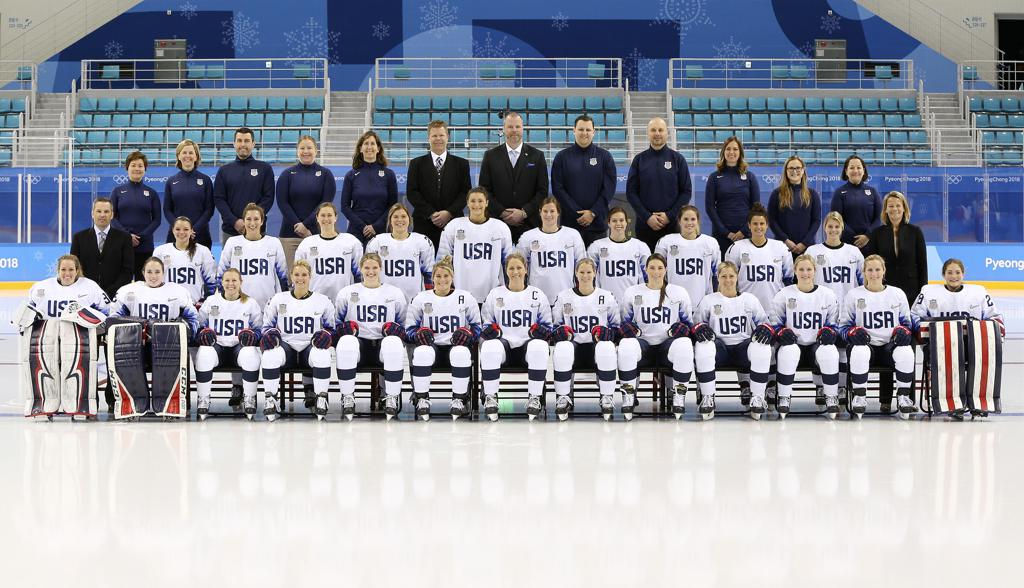 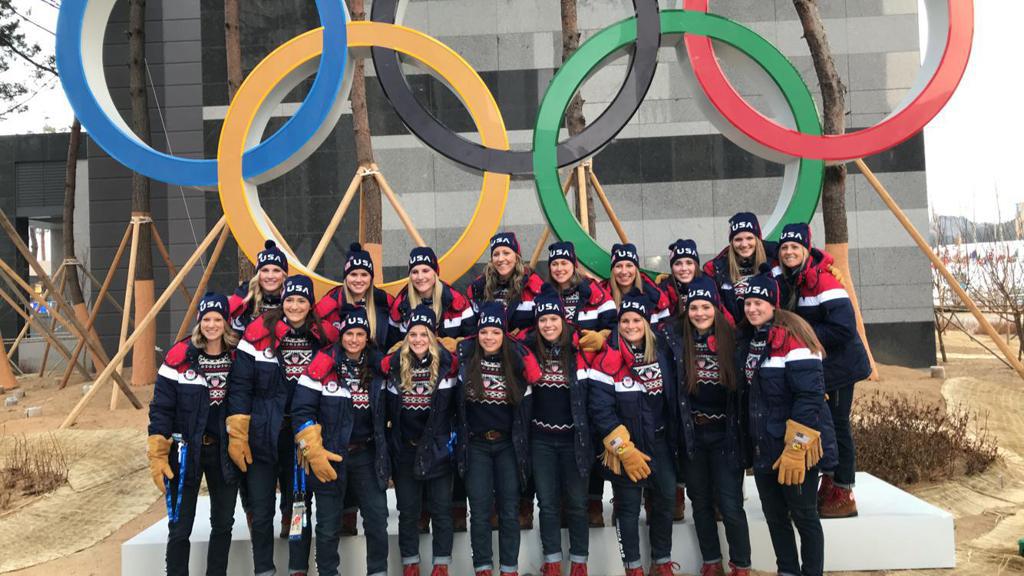 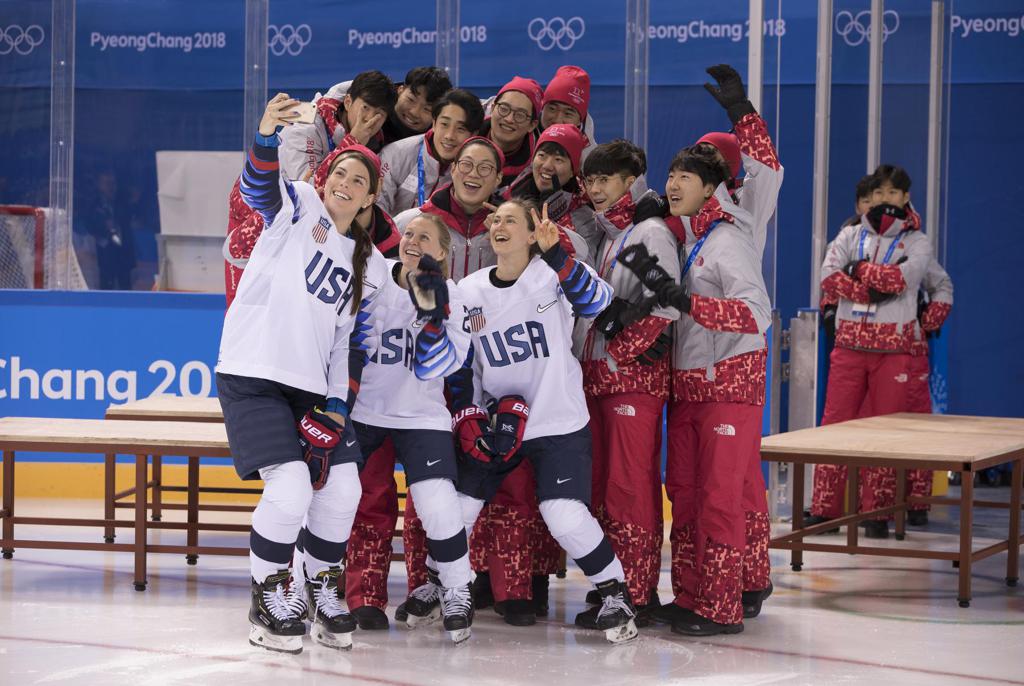 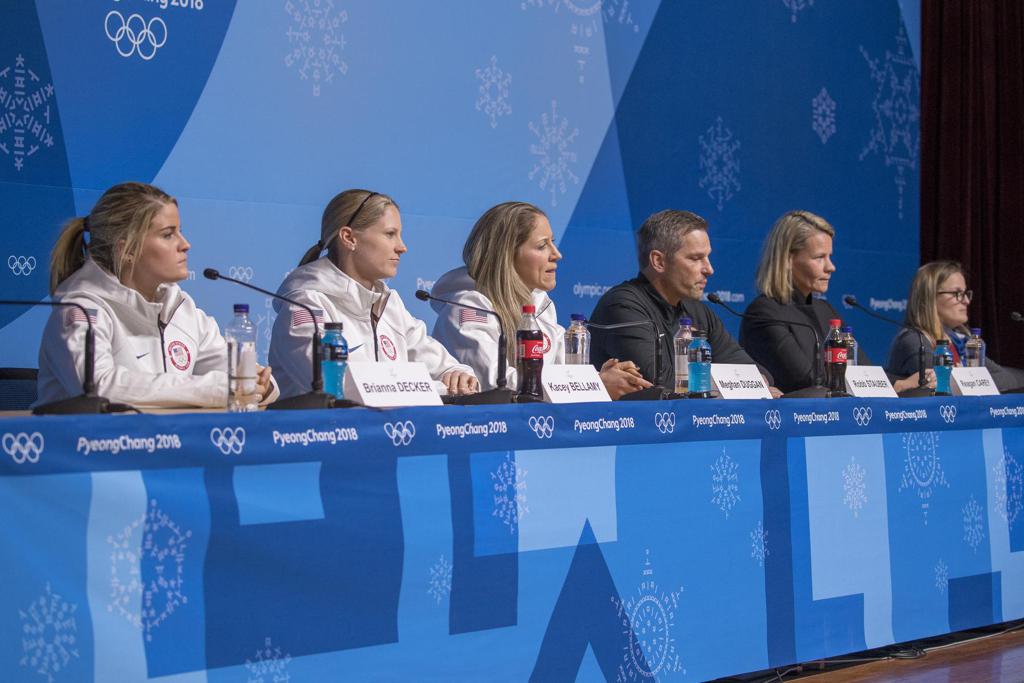