The United States Under-18 Women's National Team continued preliminary round play Monday night at the 2019 IIHF Under-18 Women's World Championship with a 3-2 victory over Canada at Obihiro Forest Ice Arena.

"I think we played a strong, focused and intense game all the way through," said Maura Crowell (Mansfield, Mass.), head coach of the 2019 U.S. Under-18 Women's National Team. "To be down 2-0, then come back and score those two goals and get the go-ahead in the third really shows the character of the group we have. We'll enjoy this win tonight and look to continue improving against Sweden on Wednesday."

The U.S. started the game with plenty of energy and generated multiple scoring chances early on. As the period went on, both teams provided back-and-forth action and generated chances in the opposition's offensive zone.

After nearly 18 minutes of chances for both sides, Canada capitalized on a wrist shot from the slot with 2:06 remaining in the period to take a 1-0 lead into the first intermission.

As the second period got underway, Canada immediately doubled their lead to 2-0 just 1:26 into the stanza.

Petrie beat the Canada defender at the blue line and skated in alone on the breakaway before pulling the puck to her backhand and sliding it past Raygan Kirk to pull the U.S. within one.

Team USA continued to showcase their speed when Abbey Murphy (Evergreen Park, Ill.) took a pass from Haley Winn (Rochester, N.Y.) and sped into the Canadian zone on a breakaway. Murphy froze Kirk with a fake to the backhand and pulled the puck back to her forehand before tucking it into the open cage to knot the game at two.

The teams would continue to trade chances before the second period ended tied at two.

The U.S. came out with a purpose in the third period, generating multiple chances to open the period before Murphy scored the eventual game-winning goal to give the U.S. a 3-2 lead.

Team USA would face adversity later in the third and respond, killing a four-minute Canada power play and maintaining the momentum gained from Murphy's second goal of the contest. The U.S. continued its strong play and held onto the one goal lead to secure its second victory of the tournament. 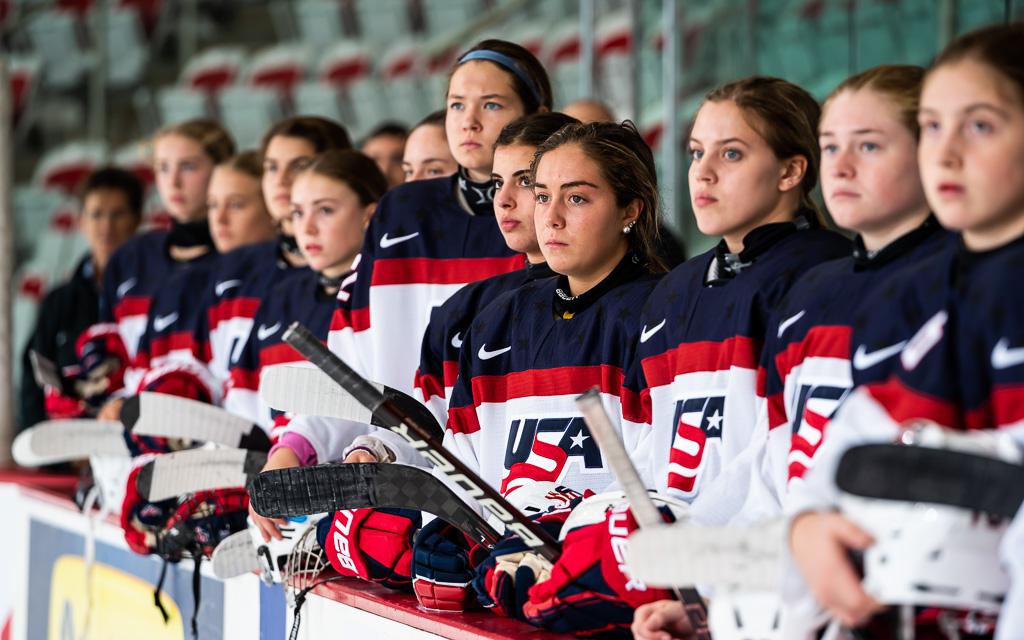